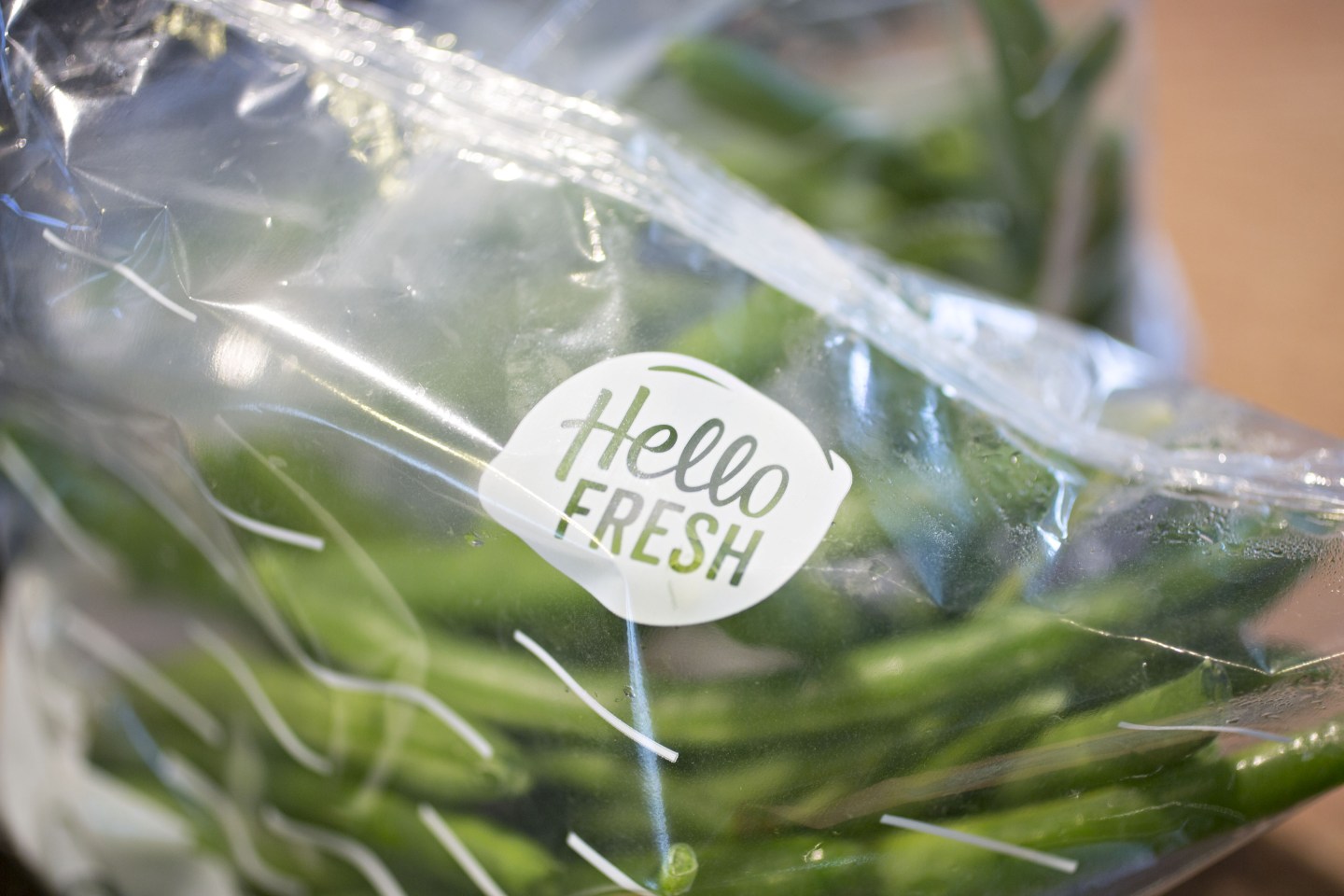 HelloFresh is moving beyond the doorstep.

The food delivery service has announced plans to begin selling its meal kits in 581 Giant Food and Stop & Shop stores around the country. The company expects to increase that number throughout the year.

The kits, which will be available in the grab-and-go aisle, will range from $14.99 to $19.99 and will include choices such as Peppercorn Steak, Mediterranean Style Chicken, Homestyle Meatloaf, Chickpea Couscous, and Paprika Chicken.

“Our retail line reduces the pressure on grocers to create these meals themselves and easily integrates into growing areas of their business such as online grocery and delivery,” said Tobias Hartmann, North American president at HelloFresh.

The move matches one from HelloFresh rival Blue Apron, which last month announced it would start selling meal kits at Costco. It’s the latest move for HelloFresh, which had a successful IPO last year, to expand beyond its core service.

Blue Apron, meanwhile, has struggled since its IPO in 2016. Last December, the company’s co-founder and CEO stepped down amid escalating losses.

Both companies could face increased competition in the coming months, though, as Amazon has filed a trademark indicating it was considering its own meal-kit delivery service.