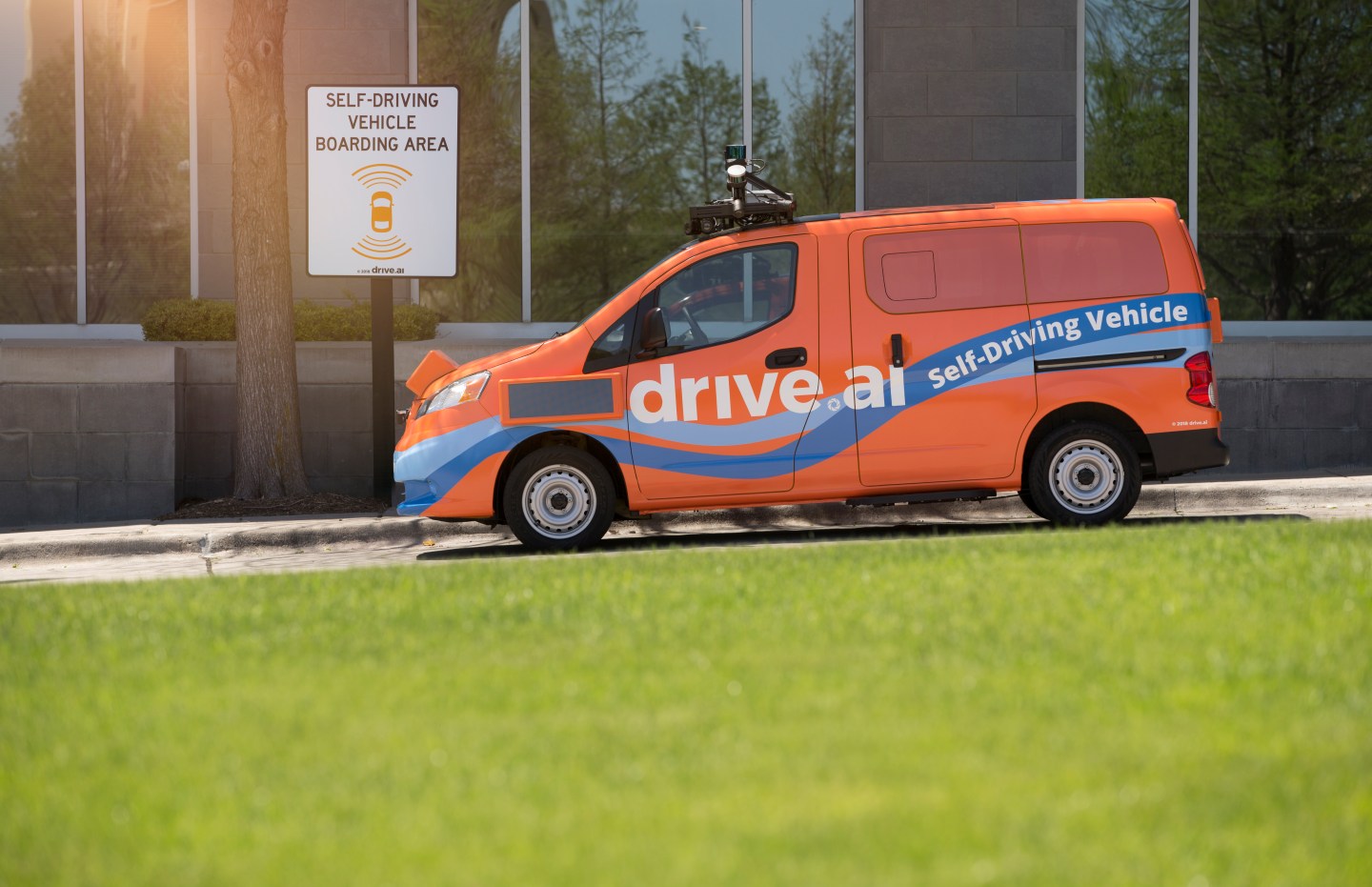 Drive.ai, an autonomous vehicle startup, is launching a pilot program in a busy commercial sector of Frisco, Texas that will let people hail self-driving vehicles for free using a smartphone app.

The pilot program, which will kick off in July 2018, will run for six months and be limited to a specific geographic zone in Frisco that has a concentration of retail, entertainment venues, and office space. The program will begin with fixed pick-up and drop-off locations around HALL Park and The Star and then will expand into Frisco Station. The self-driving on-demand service will be operated in conjunction with Frisco TMA, a public-private partnership focused on “last-mile” transportation options.

To avoid confusion, Drive.ai has outfitted these self-driving vans with a bright orange paint job and four external screens that communicate the vehicles’ intended actions to pedestrians and other drivers on the roads. There will also be signs posted along the planned route, which is posted below.

Initially, the self-driving vans will have a safety driver behind the wheel. The company says it plans to remove its safety drivers from behind the wheel and put them in the passenger seat instead to educate riders about the experience and the vehicle. Eventually, Drive.ai will remove the employee completely.

The pilot program is a milestone for a company that’s just three years old. It’s also a notable milepost on the industry-wide path towards deploying commercial self-driving car services as well as Drive.ai’s approach to the self-driving vehicle challenge.

Drive.ai was founded in 2015 by former graduate students working in Stanford University’s Artificial Intelligence Lab run by Andrew Ng, a renowned artificial intelligence expert who is the former chief scientist at Chinese tech giant Baidu, and he helped build the Google Brain project with Jeff Dean. Ng is chairman of Drive.ai’s board.

The company came out of stealth mode—a temporary quiet period to avoid alerting competitors—in August 2016 with some details about what it was building.

Since then, the company has provided periodic updates, new board members, a partnership with ride-hailing service Lyft, and its first public video of self-driving technology. But this is by far its biggest announcement to date, and one that illustrates the company’s progress developing and deploying its technology in the real world.

Drive.ai uses deep nets for the functionality of the self-driving car, including recognizing objects, motion planning, and making decisions based on what it sees.

Deep learning advocates argue that these algorithms are ideal because they work similarly to how the human learns. Other companies say deep nets aren’t ready for prime time and require more research and computing power before they can be used with any reliability in autonomous vehicles.