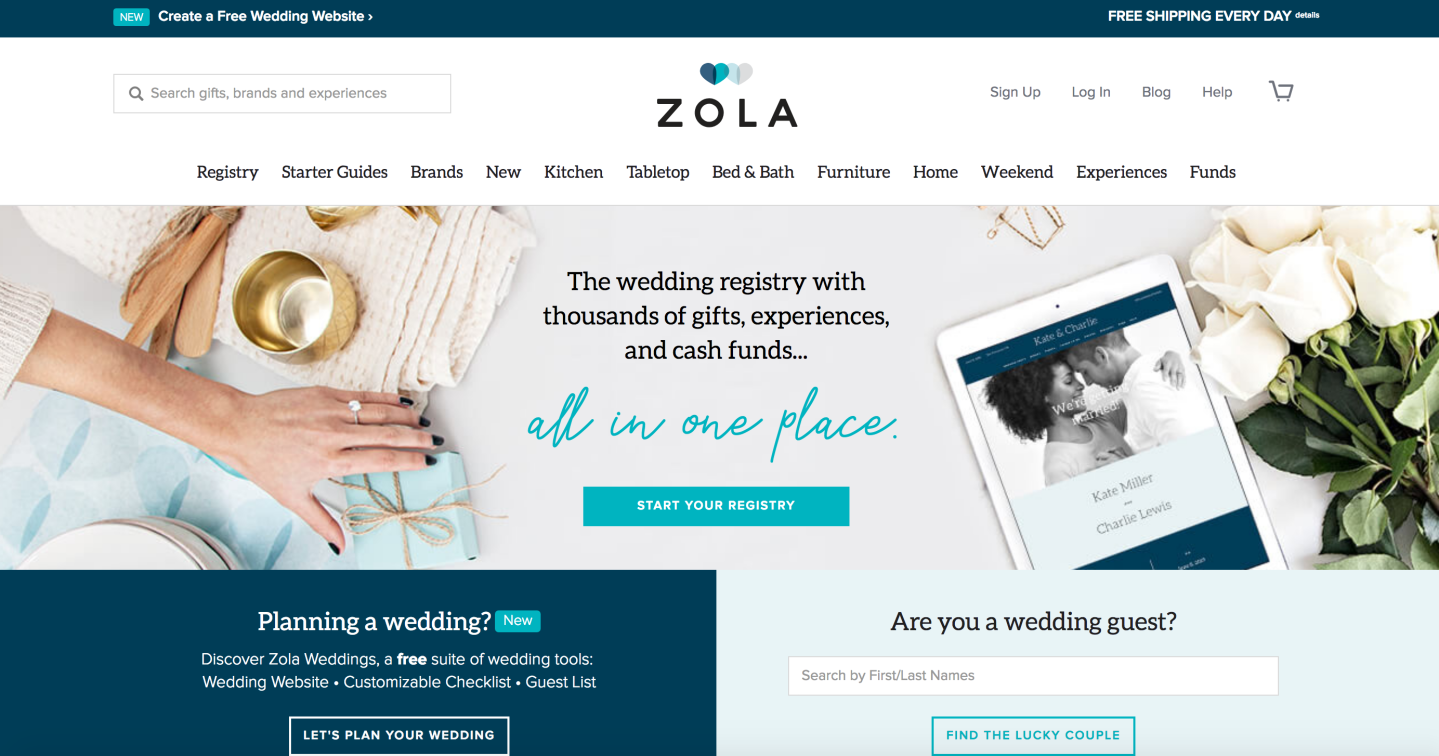 Weddings are both a joyous family affair and a tangle of moving parts — perhaps it’s the stress of making sure one Trump-voting aunt won’t be seated next to a Democratic in-law, or rerouting those flowers from the wrong location on the big day — that make the event notoriously stressful for both brides and grooms.

Now investors are betting that technology could make the wedding spectacle a bit more streamlined, and they’re putting $100 million of Series D financing into Zola, an e-commerce platform for couples to file wedding registries. The startup also launched a suite of free tools in 2017, allowing users to create wedding websites and track RSVPs in realtime in a bid to make their platform a one-stop-shop for consumers.

With those funds, the firm is hoping to build itself out as the go-to stop in the highly lucrative wedding planning industry.

“We are certainly going to build more products based on what couples are asking us to help with,” said Zola CEO Shan-Lyn Ma. “Wedding planning — it’s messy and it’s fragmented. We are looking to accelerate that journey to being the go-to wedding destination to plan every step of the wedding, from the engagement to the very first year of marriage.”

Zola now says it has served 500,000 different couples since its launch about four years earlier. The firm also has about 600 brand partners — including Vitamix, Soulcycle, and Sonos — for a total of about 60,000 products.

Still, Ma notes that the startup is, at least for now, in a limited market of 2 million or so couples getting engaged annually. That means making the Zola name known to the millennial market is key to scaling up. It’s part of the reason why Ma says Zola picked firms with strong links to the media industry such as Comcast Ventures (CMCSA) to lead the round, with NBCUniversal and Goldman Sachs Investment Partners (GS) also participating, bringing the total invested in Zola up to $140 million.

Zola has also been featured in NBCU’s Today Show, as representatives appeared on the network to talk about trending registry gifts in a bid to boost awareness of the brand’s name. “It’s a natural tie in,” said NBCUniversal Digital Enterprises President Maggie McLean Suniewick of the NBCU and Zola partnership. “We’ll be announcing more appearance in coming weeks.”

Zola’s round also represents the sixth largest raise this year by a startup with a female founder, according to data from PitchBook. But the funding imbalance between female-founded startups and male-founded startups is still startling. With five months into this year, U.S. firms with at least one female founder have raised about $4.4 billion in funding based on data from Pitchbook. In contrast, $28 billion was invested into U.S. venture firms in the first quarter of 2018 alone.