How Manufacturing Could Get A Boost From Artificial Intelligence 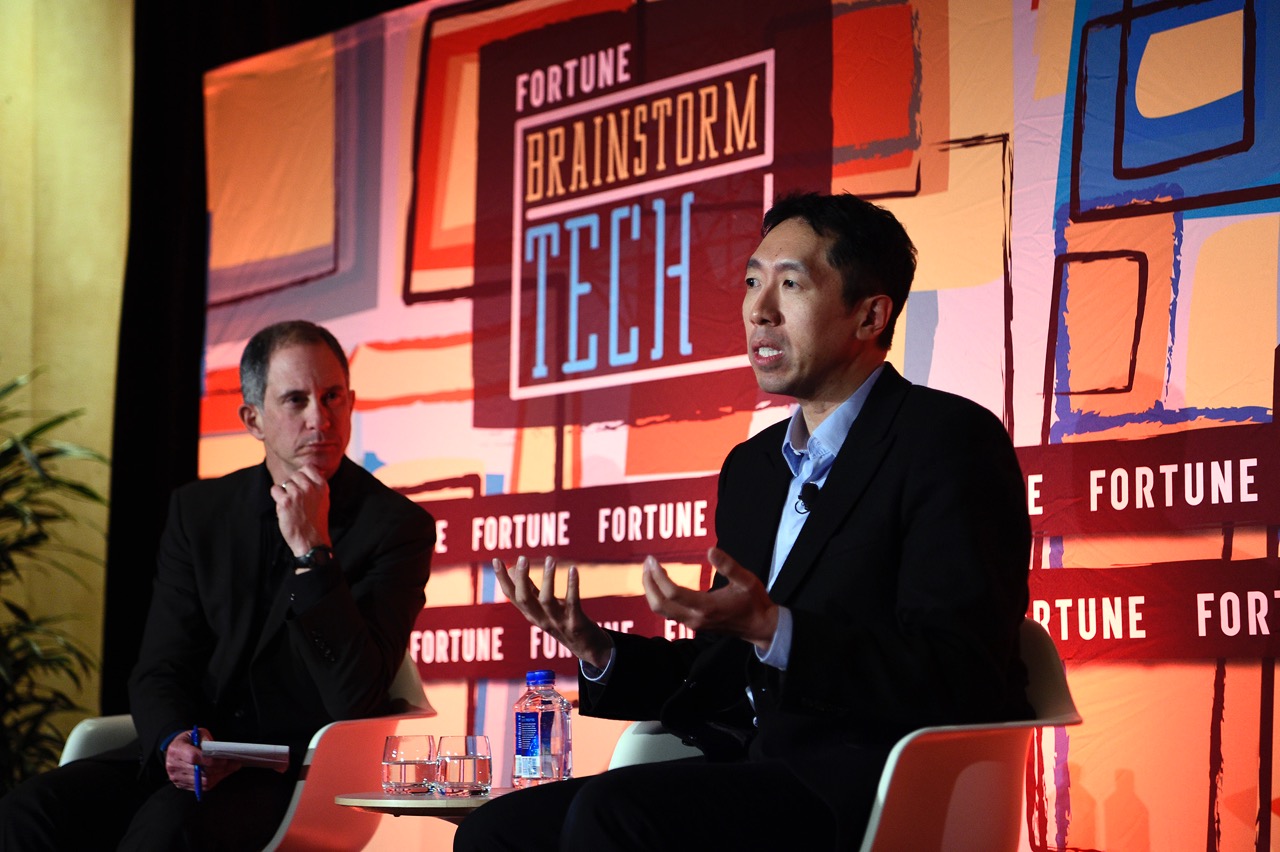 Andrew Ng, the respected computer scientist and entrepreneur, is getting his hands dirty, metaphorically speaking. Having co-founded education startup Coursera and built artificial intelligence units for Google (GOOGL) and then Baidu, Ng now has his sights on factories.

“I’ve been to so many manufacturing plants,” says Ng, whose new startup, Landing.ai, aims to provide AI technology to the masses of companies that can’t or won’t build their own AI teams. “I’ve yet to walk into one where I did not think AI solutions wouldn’t help.”

Ng built his reputation in academic circles as a cutting-edge technologist. Since then he has refashioned himself as a translator, the rare PhD who can explain how it all works to business people. He’s based these days in a standard-issue Palo Alto office park on the other side of town from Stanford, where he works from a standup desk and a Spartan office. He also has a new venture fund that invests in AI-related companies. And he’s a board member—an “active board member,” he clarifies—of Drive.ai, an autonomous vehicle software company. (His wife, Carol Reiley, is the company’s former president and also sits on the board; they met at a robotics conference.)

The AI opportunity for manufacturing, says Ng, starts with inspection. All aspects of the manufacturing process require inspection for defects, often done by hundreds of people the old-fashioned way: with their eyes. “With human inspectors it’s difficult to get even the same person to make consistent judgments,” says Ng, let alone multiple people across multiple products. Landing.ai’s software analyzes photos and X-rays, but not yet ultrasounds, the technology ordered up to check fan blades on the engines of Boeing (BA) 737s.

Given his Google and Baidu pedigree, Ng says it’s easy to attract the attention of CEOs, all of whom want to surf the AI trend. His understandably self-serving pitch: “It turns out AI technology is complicated, more than I thought.”

And he’ll be happy to tour your factory to talk about it.

I managed to misidentify not one but two people in yesterday’s essay. Albert Wenger is a venture capitalist who’s interested in open access to APIs. (Not Wanger.) And Eric Posner, the University of Chicago law professor, is co-authoring a book with scholar Glen Weyl called Radical Markets: Uprooting Capitalism and Democracy for a Just Society. His father, the famous jurist Richard Posner, has written many books, but not this one.

I apologize for the mistakes.