5 Politicians Who Brought Their Babies to Work Like Sen. Tammy Duckworth Did Today 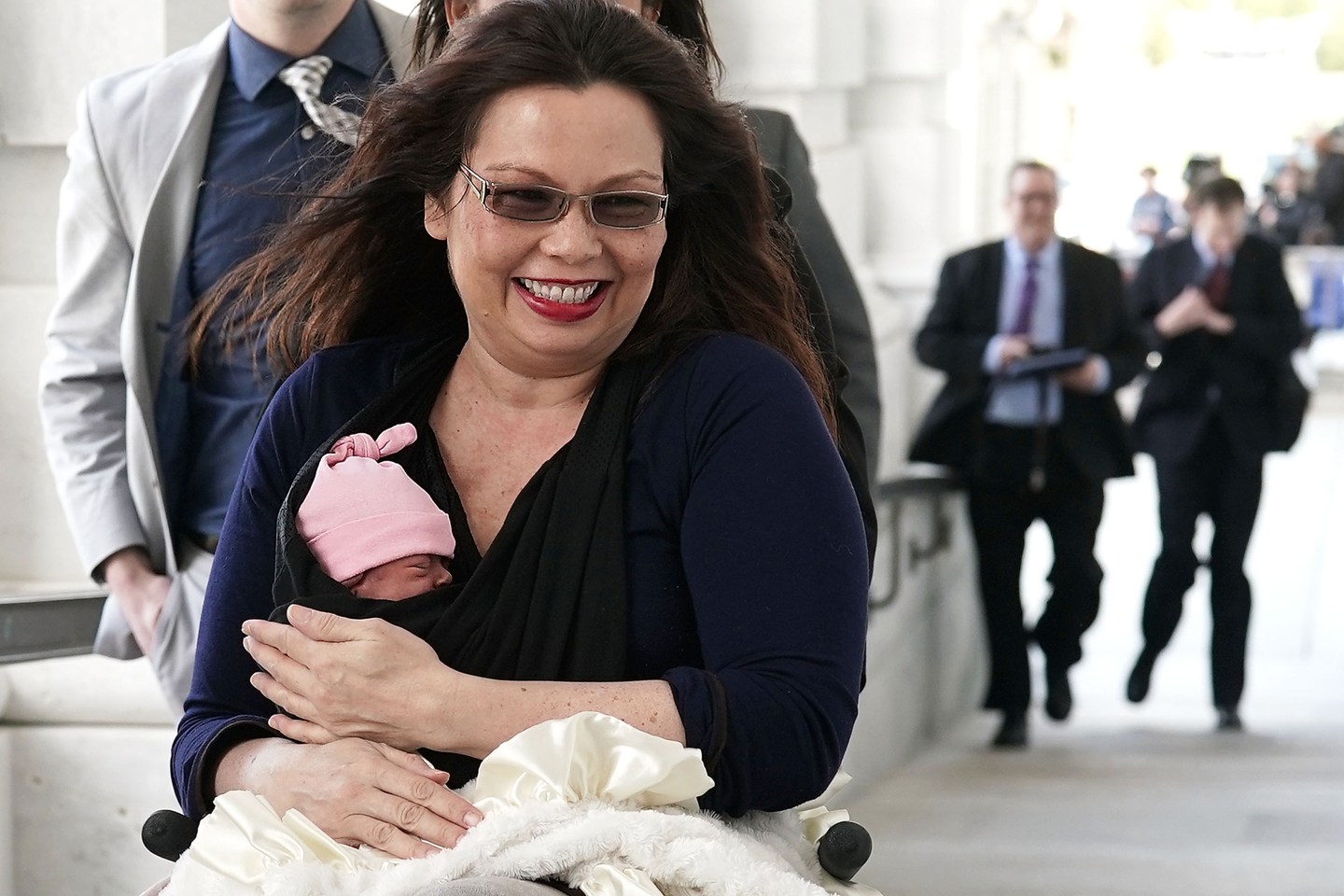 WASHINGTON, DC - APRIL 19: U.S. Sen. Tammy Duckworth (D-IL) arrives at the U.S. Capitol with her newborn baby daughter Maile Pearl Bowlsbey for a vote on the Senate floor April 19, 2018 on Capitol Hill in Washington, DC. The Senate has voted through by unanimous consent last night to change rules to allow newborn babies under one year old on the floor during votes. (Photo by Alex Wong/Getty Images)
Alex Wong—Getty Images

Although a Duckworth is a trailblazer among U.S. politicians, political leaders in other countries have been able to take their babies and children to work for some time.

Carolina Bescansas, from Spain’s Podemos party, stirred controversy in 2016 when she breastfed her five-month old baby in Parliament. “I think that the fact that coming to parliament with a breast-fed baby makes the news says a lot about this country,” she said. “That means we need to give more visibility to this.”

She wasn’t the first or only European politician to make headlines from bringing her child to work.

Italian MEP Licia Ronzulli brought her baby girl to work in 2010, just six weeks after giving birth. Her decision to bring baby Vittoria to vote was not a “political gesture but a maternal,” according to one interview.

In Japan, Yuka Ogata, a Kumamoto Muni assembly member, brought along her seven-month son to a meeting last year. She was forced to leave the floor with her son. Officials from the assembly argued that although there was no explicit rule prohibiting infants, they cited a rule stating visitors are forbidden on the floor.

Australian Senator Larissa Waters took her seat in Parliament last year and voted on legislation in May. She did so while also breastfeeding her two-month old daughter on the floor. “I am so proud that my daughter Alia is the first baby to be breastfed in the Federal Parliament,” Waters said in May. “We need more women and parents in Parliament. And we need more family-friendly and flexible workplaces, and affordable childcare, for everyone.”