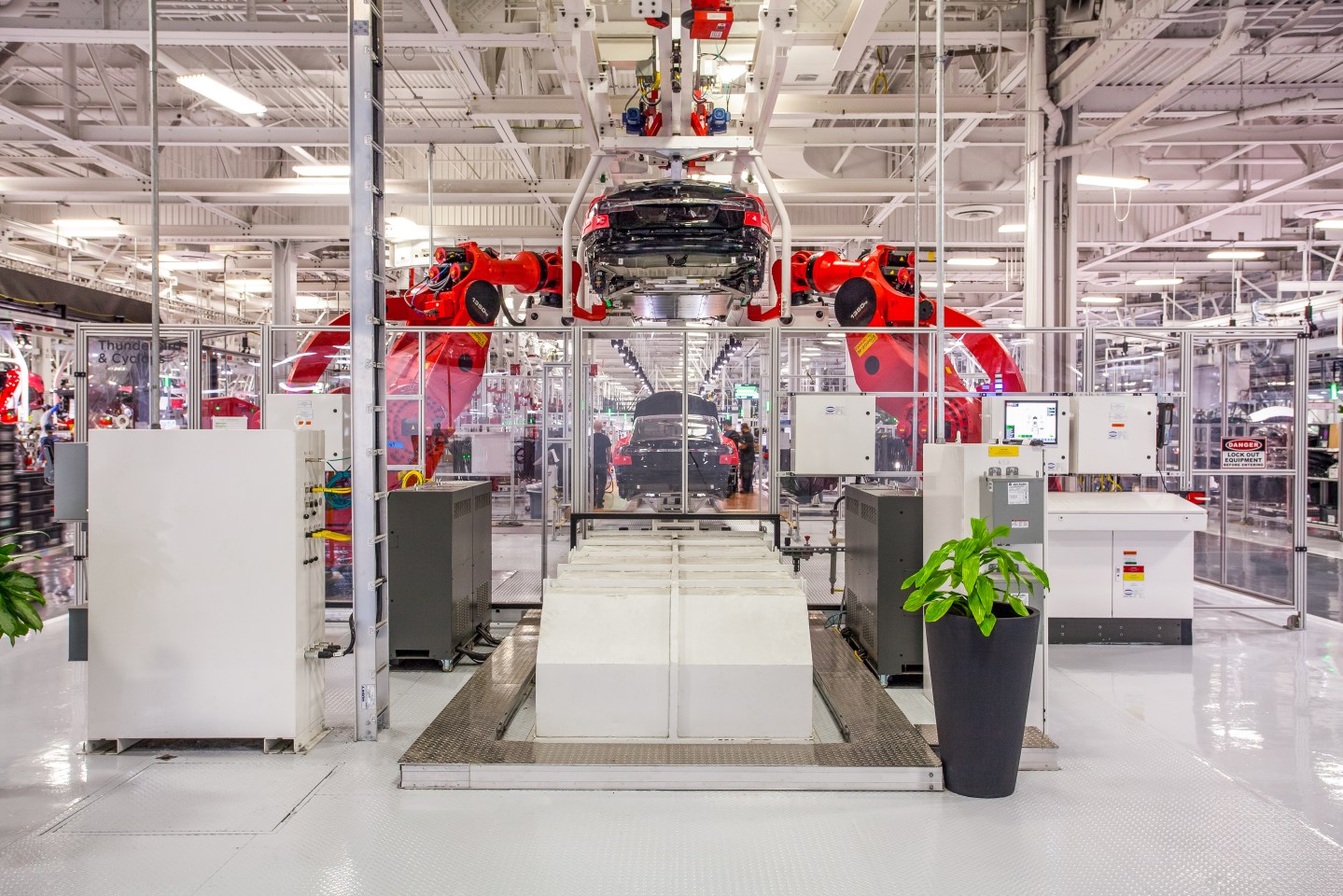 Tesla CEO Elon Musk admitted Friday that the automaker relied too heavily on robots to make its mass-market Model 3 electric vehicle and that so much automation contributed a “production hell” that has persisted for months. So he’s turning back to humans.

Musk initially made the comments to CBS This Morning co-host Gayle King in an interview that aired Friday morning. He later reiterated his thoughts in a tweet.

“Yes, excessive automation at Tesla was a mistake. To be precise, my mistake. Human are underrated,” Musk wrote in a response to a tweet from Wall Street Journal reporter Tim Higgins.

Yes, excessive automation at Tesla was a mistake. To be precise, my mistake. Humans are underrated.

The Model 3, a highly anticipated electric vehicle, has been plagued with production problems since last year.

Tesla reported in April that it fell short of its target to produce 2,500 Model 3 cars a week by the end of the first quarter. The company produced 2,020 Model 3 vehicles in a week at the end of the quarter.

Part of the problem has been the company’s heavy use of automation, Musk said, noting that the company is working to resolve this problem. For instance, The company scrapped a complex conveyor system built for the Model 3 assembly line.

“We had this crazy complex network of conveyor belts and it was not working, so we got rid of that whole thing,” Musk said in his interview with King.

Other reasons for the slowdown included putting too much new technology in the Model 3 all at once, instead of stages, Musk said in his interview.

But Musk insists that he sees a way out of production hell and expects to hit a target a production rate of about 5,000 units per week by the end of the second quarter.