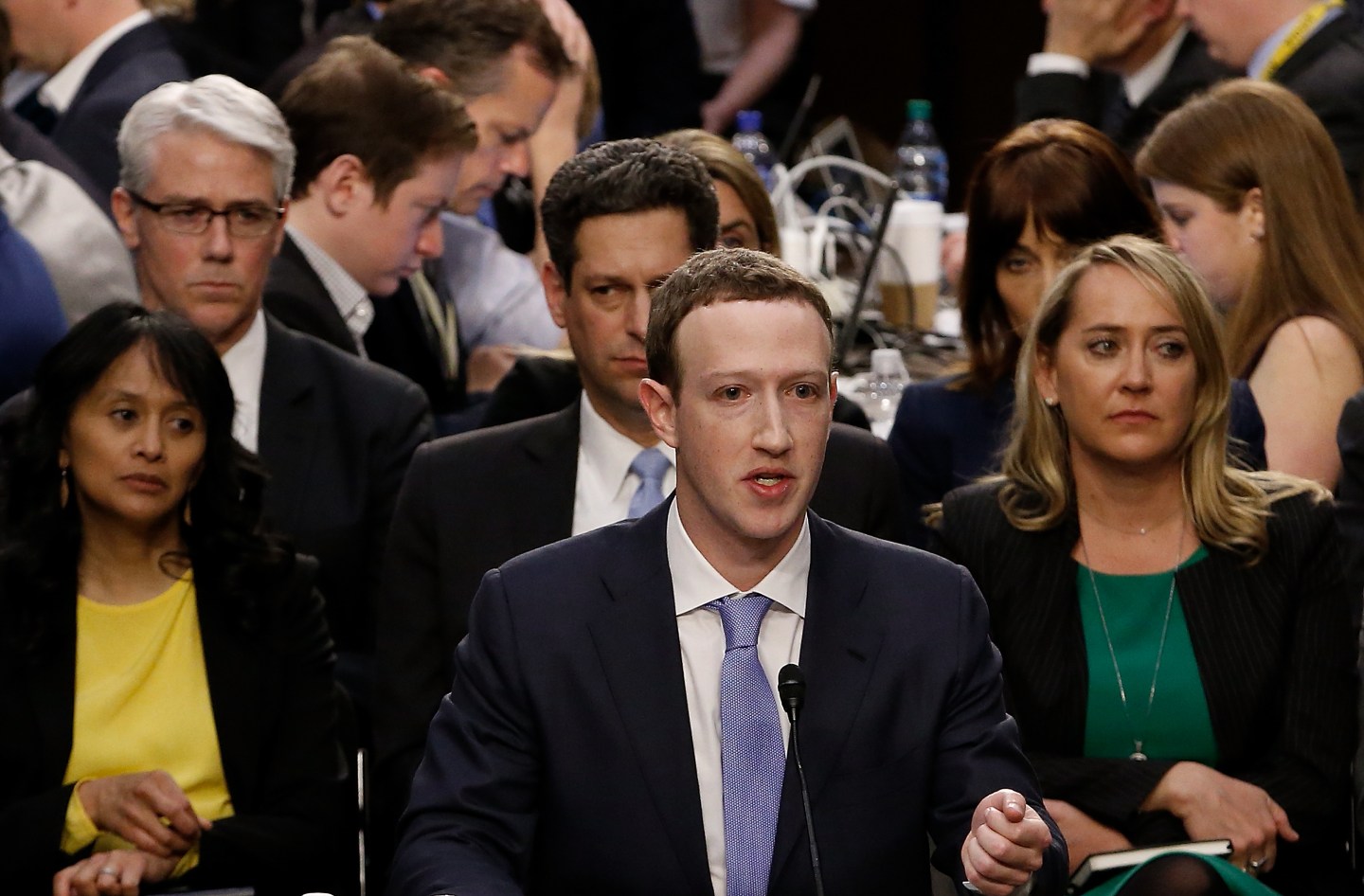 Facebook CEO Mark Zuckerberg faced off with a room full of senators on Tuesday in what many believed would be a tough grilling about privacy in the wake of news that political consulting firm Cambridge Analytica had obtained data about 87 million Facebook users.

But investors concluded that Zuckerberg responded to the challenge better than expected, sending the company’s shares up 4.5% to $165, their biggest one-day gain in nearly two years.

With the gain, Facebook added $21.3 billion in market value, reaching $479.4 billion. That reverses some of the company’s 15% in lost valuation since March, when the news about Cambridge Analytica first erupted.

Of course, some of the rise could be also be attributable to the general market optimism on Tuesday after China appeared more conciliatory about a potential trade war. The Nasdaq Composite rose 2%.

Rather than squirming in his seat during the questions about data privacy and Russian-backed political ads, Zuckerberg appeared poised and in control on Tuesday. Instead, it was the lawmakers who appeared to have forgotten their homework.

“How do you sustain a business model in which users don’t pay for your service?” Sen. Orrin Hatch (R-UT) asked Zuckerberg, apparently unaware how Facebook made money. Zuckerberg deadpanned, “Senator, we run ads,” eliciting responses like the following on Twitter:

Listening to senators try to discuss Facebook is painful. Some of them clearly have no idea what they are talking about.

Facebook’s stock gains came despite lawmakers having plenty of ammunition against the company in addition to the Cambridge Analytica scandal. The honeymoon between Silicon Valley and Washington D.C. has been fading quickly over the past year and a half, with lawmakers questioning to what extent Facebook had influenced the outcome of the presidential election by allowing fake news and Russian-backed political ads onto its platform. Critics also question whether Facebook had censored some conservative content in favor of content more favorable to liberals.

Shares of Twitter also received a boost on Tuesday, rising as much as 7%, or $878.6 million in value for a total market capitalization of $22.2 billion.

Still, Facebook isn’t out of the woods yet. Shares of the company are still about 11% below their pre-Cambridge Analytica price.

Meanwhile, it still remains to be seen whether lawmakers may seek to impose new regulations on tech firms. Both Twitter and Facebook said Tuesday ahead of the hearing that they would support the Honest Ads Act, a proposed piece of legislation that would require tech firms that sell ads to disclose how much they are paid for placing political ads on their platform.

Senators have also urged Google to support the act, although the tech giant has yet to comment. Shares of Google were up 1.5% on Tuesday, roughly in line with the wider market.