In Healthcare, the Smart Money Is Focused On Fixing the System 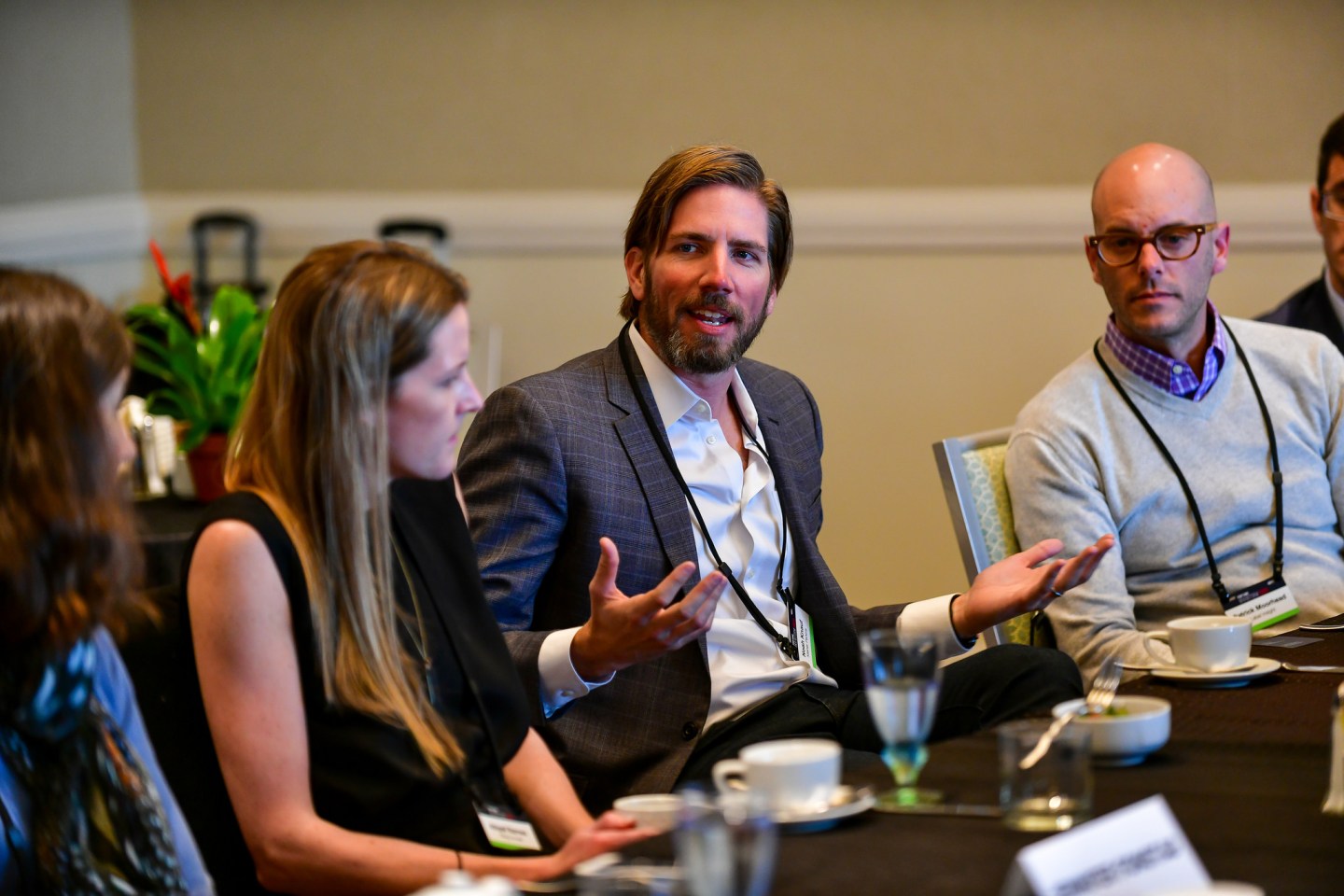 LAGUNA NIGUEL, Calif.—Some $5.8 billion poured into digital health care companies in 2017—a record—and yet most signs suggest the revolution is only getting started.

Yet over breakfast on Tuesday, it became clear that the biggest value would come from fixing the health system’s fundamental flaws—flaws, they argued, that stymied any glittering tech innovations.

“What do we have to show for all of that investment?” Fortune senior writer Michal Lev-Ram, the moderator, asked the room.

“‘Show for it’ is a tough metric,” acknowledged Brain Capital Ventures managing director Yumin Choi. When he speaks to companies, Choi said, “They’re thirsting for new innovation but also consolidation of technology…people are saying, ‘I want to see real companies. Companies that are going to last.'”

And that’s why “the dollars in is not the best metric to track,” Choi said. “I always look at the customer base and who’s buying what as a leading indicator.”

Besides, “Anytime you have a technology or innovation, it takes awhile to percolate out into the community,” said Aspect Ventures co-founder Jennifer Fonstad. “We’re kind of at 1%, maybe 2%. We’ve got a long way to go.”

There’s room for some optimism, said Kleiner Perkins general partner Noah Knauf. “It’s this moment in time finally when everything’s aligned. The data’s there,” he said. For so long, the industry was working to just collect it. “It’s in the system,” he said. “It’s not a problem anymore. And that’s where interesting businesses emerge.”

David Singer, managing partner at Maverick Ventures, concurred. “You are starting to see companies do things with their employee base that were once unnatural,” he said. “I think it’s super encouraging.”

And it’s the right amount of investment. “Dollars follow opportunity, right?” asked Greycroft co-founder Ian Sigalow. At $5.8 billion, that’s about 25% to 30% of venture capital dollars, and that’s about the right ratio compared to health’s share of overall U.S. GDP. “I don’t think people are overweight with healthcare right now,” he said.

Here’s the frustration, though: The tech adoption curve is not really driven by consumers. That’s starting to change, Choi noted, but it’s still early days. He experienced this himself when he had a blocked tear duct and went to Massachusetts General Hospital in Boston. “It was a horrible experience” with back-office waste that had him shuttling between medical professionals for process reasons instead of getting proper medical attention. “There are a lot of things that we feel we’re paying out of pocket,” he said. “Still, the majority of dollars are not coming from consumers.”

The dollar shift to transparency, and away from fee-for-service, will help change things, Choi added. But innovations tend to be adopted over decades and not days. “I think we’re in the early innings of that happening,” he said.

Sigalow nodded in agreement. “The last 10 years have been light speed compared to the Salk vaccine,” he said.

Singer interjected to ask a question of the room: How many people get their healthcare bills in the mail? Many hands went up.

“It’s really messed up,” he said. “It’s the only category in which the U.S. Postal Service is growing.” The group laughed. It’s not that medical organizations can’t give us a great experience, he said. “It’s just that they can’t. There’s inertia.” We haven’t yet reached a tipping point where data show that rising copays are causing this. “But I think it’s coming,” he added.

In other words, there are broader systemic issues at play here. It’s not the technology that’s lacking—it’s the structure of the system itself. “You would have this consumer conversation with physicians years ago and it was heretical that consumers would have anything to do with their healthcare,” Knauf said with some disbelief.

A male entrepreneur seated across the table agreed with him. The entrepreneur was working in the mobile-consumer category before deciding to move to health. He was overwhelmed by the shift. “The differences are just mind-blowing,” the entrepreneur said. “It is remarkable how systems are built to [destroy] innovation.” It is crazy, for example, that patients don’t pay for their services. “The system is truly messed up,” he said flatly.

“‘System’ is a generous word for it,” a female participant shouted from the other side of the table.

Delos “Toby” Cosgrove, the onetime Cleveland Clinic CEO, leaned forward and rested his elbows on the table. “I think you’ll see things change substantially as incentives move toward value,” he said. And everyone nodded.