Wall Street Is More Worried About a Trade War Than Terrorism 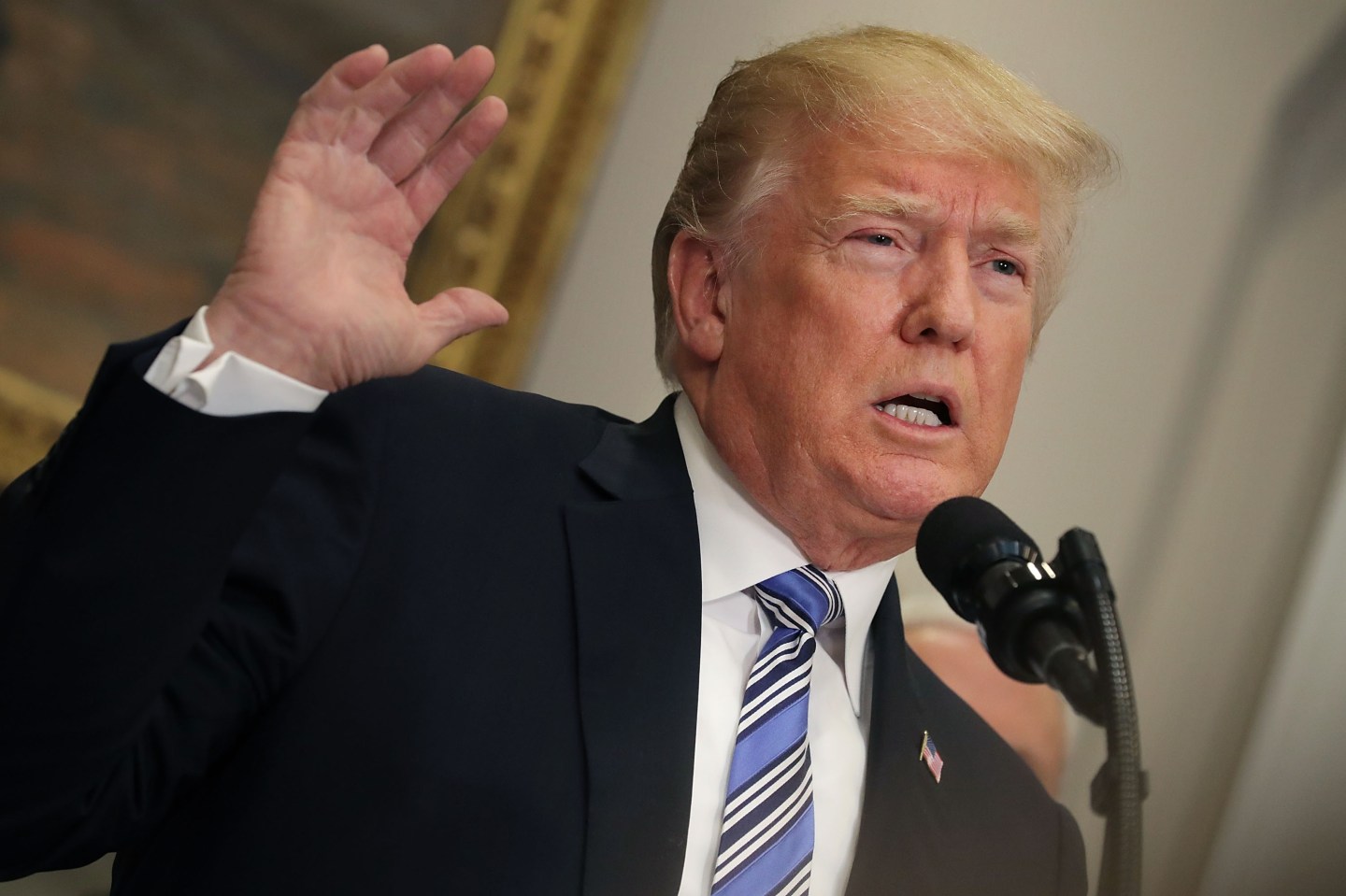 As President Donald Trump prepares plans to impose tariffs against Chinese products totaling a reported $60 billion annually, fears of a potential trade war are topping even those of terrorism among Wall Streeters.

That’s according to a CNBC Fed Survey, which found protectionism to be the top concern among its 40 Wall Streeter respondents. Nearly 75% of survey takers said as much, ranking fears of a trade war above concerns about inflation, terrorism, and the Federal Reserve.

The survey comes amid reports that Trump is planning to tax Chinese products for $60 billion annually, double initial estimates. At least some of those tariff measures could come as soon as Friday, the Washington Post reported. In response, Chinese Premier Li KeQiang warned that “no one will emerge a winner from a trade war.” U.S. retailers, including Walmart and Costco, who have benefitted for years by selling cheaper Chinese products, are urging the president to reconsider such a tariff.

Economists and free trade advocates have also balked at Trump’s decision to impose tariffs on steel and aluminum. While the White House is now allowing exemptions on the tariffs, the rules for these exemptions are still unclear.

And investors appear to worry about how it may affect the stock market. For the first time since July, respondents to CNBC’s survey lowered their outlook of the S&P 500.

The new National Economic Council chairman Larry Kudlow appears to see the tariffs more as a negotiating tool than the end game.

“Look, I didn’t like it when he announced across-the-board tariffs around the world,” Kudlow told the New Yorker in reference to Trump earlier this month. “On the other hand, in my conversations with the president in recent days, he’s made it very clear he doesn’t like tariffs either! I think you’ll see targeted tariffs, and that’s part of the game. China is probably going to be a target here.”