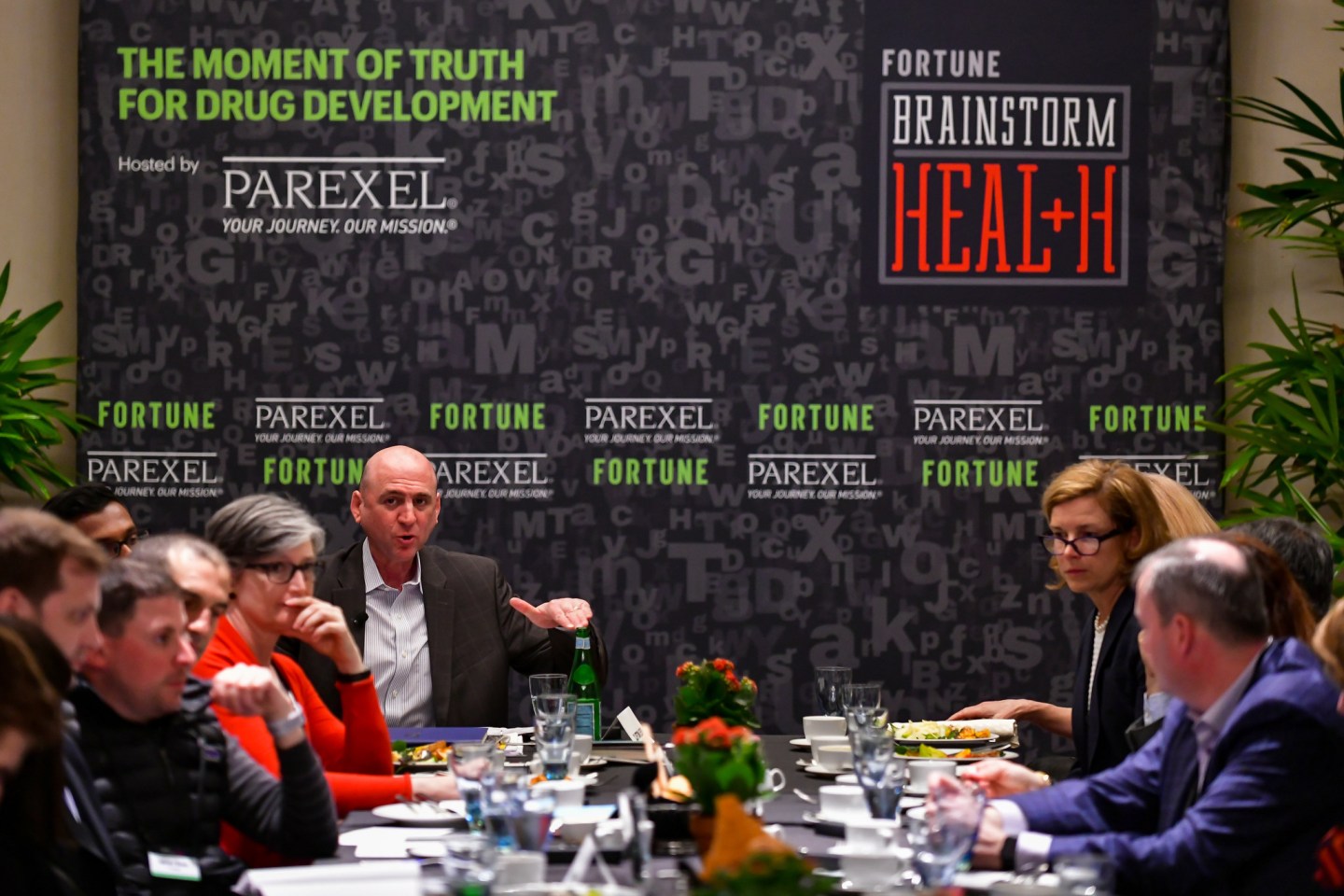 LAGUNA NIGUEL, Calif.—The cost of failure for drug development is rising. The productivity gains seem elusive. And of course there are the economics, a pressure on drug pricing that won’t let up.

The “pipeline”—that is, the drug development process—is under fire at a time when medical science seems to be making leaps and bounds. What gives? Experts gathered over lunch here at Fortune’s Brainstorm Health conference to discuss.

“The efficiency of the industry in converting cash into drugs is terrible,” said Bernard Munos, a senior fellow at FasterCures, a Washington, D.C. think tank focused on accelerating medical research. There’s $160 billion spent on research by public companies in the pharmaceutical/health industry, Munos said. And yet there are just 35 to 45 notable drugs created per year—and it’s getting worse.

“Part of the problem is of our own making,” Munos explained. How do you measure innovation? The number of drugs a company produces is only “part of the story”—commercial success should be evaluated, too. But: “The picture isn’t pretty,” he said. Of the companies that produce largest number of drugs, the percentage of revenue from recently developed drugs is in the high 20s, low 30s. In other words, most pharma revenue comes from products that are out of patent. “That changes the culture of the company to focus on keeping old drugs performing,” Munos said.

Paul Rejto, executive director and head of Oncology Translational Research at Pfizer, pushed back slightly. There is good reason that it takes so much time and effort to discover new drugs, he said. “We are not trying to solve an engineering problem where all the parameters are known,” Rejto said. “We’re really trying to discover a lot of new biology and leverage that new biology to come up with new therapeutics.”

Plus, companies are not competing in a vacuum. They’re competing against all alternative therapies as well as with each other. “The pace of technological change is incredibly exciting,” Rejto said.

Besides—the problem isn’t failure, but how it’s managed, said Lesley Stolz, head of the Bay Area location of Johnson & Johnson’s JLABS unit. “There are a lot of roads that we go down where we fail,” she acknowledged. “You need to fail fast. But a lot of researchers are not incentivized to fail fast.” The key is teaching them how to fail “so that we’re not wasting as many dollars per day.”

Udit Batra, CEO of lab chemicals company MilliporeSigma, agreed. “Science is difficult,” he said. “It’s difficult to scale up. And engineering is also difficult.” The good news, he added: We can develop things in far less space—and with far less capital—than we used to.

The key, said David Humphreys, head of U.S. healthcare for the Economist Intelligence Unit, is being able to understand true impact so that organizations have a better sense of direction. “Sustainability is not just for the industry,” he said of drug development. “It’s for patients, it’s for health systems also going through radical changes.” There is a lot of promise for innovations, he added. But what are the barriers?

Fortune editor-in-chief Clifton Leaf then took the opportunity to ask the room which barriers were stopping a better drug development process. “A show of hands,” he said. “How many people say regulatory barriers?”

Only a few hands went up.

“And how many people believe it’s cultural barriers?”

Most of the room’s hands went up.