‘A Childhood Memory.’ How Masazumi Imai Designed the X-Series Cameras for Fujifilm 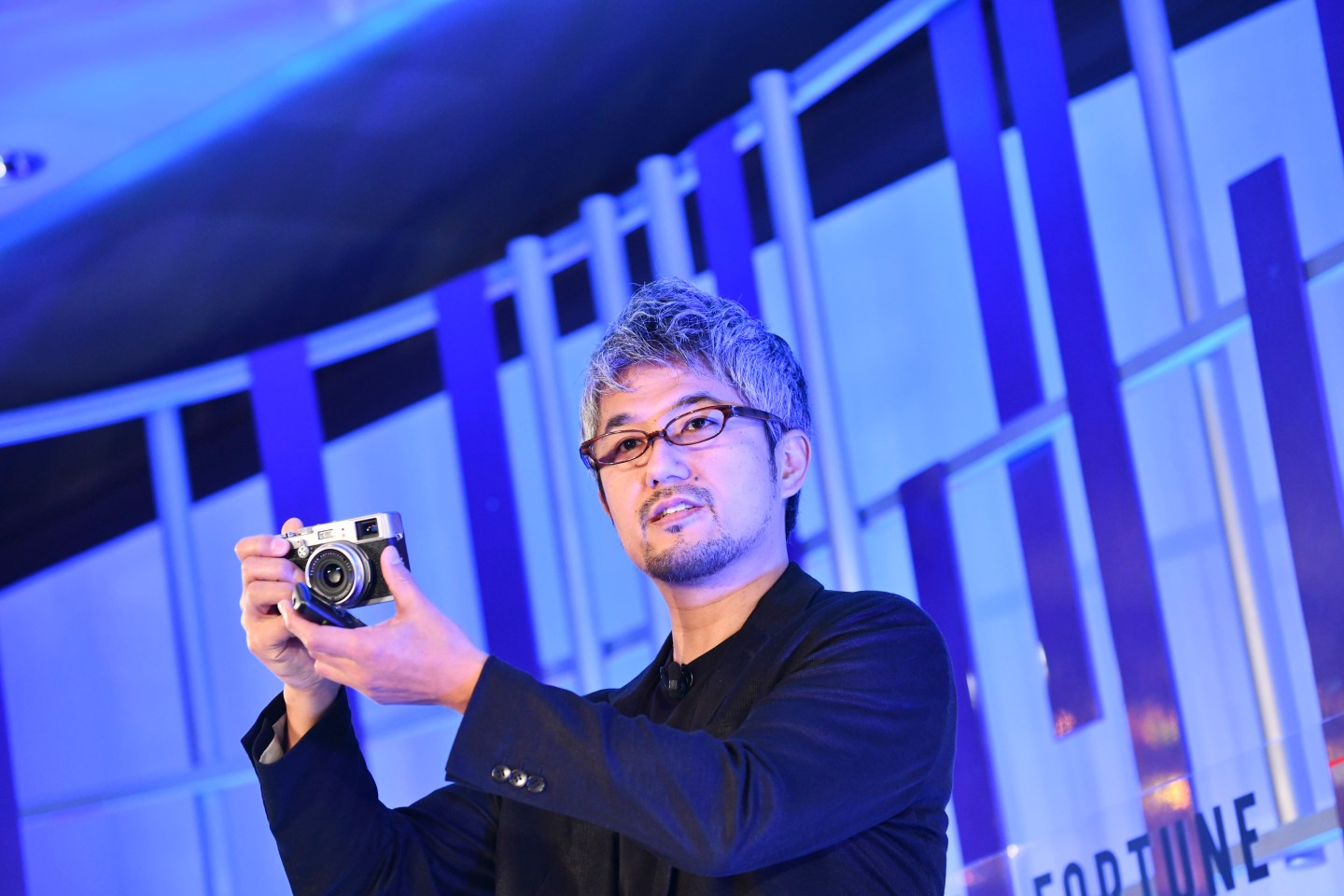 For Fujifilm design manager Masazumi Imai, cameras are just as much about expressing the spirit of the photographer behind the lens as they are capturing what’s in front of it.

Such is the inspiration behind Fujifilm’s X-Series, which Imai discussed on Thursday at the Fortune, Time and Wallpaper* Brainstorm Design conference held in Singapore, giving delegates an insight into the creative process of one of the world’s top camera designers.

“The X-Series design completely embodies the true essence of the camera,” says Imai. “A design that preserves the good should not be changed.”

The X-series is a line of 15 mirrorless cameras of varying capabilities reminiscent of a rangefinder. The line is iconic because of the way it couples a vintage design feel with cutting edge camera functions. While other leading brands like Nikon (NIKON) and Canon (CAJ) design some of the most high-tech DSLRs out there, Fujifilm took a step back. For a fraction of the cost and weight, Fujifilm’s X Series delivers quality photos with a sense of nostalgia.

When designing the X-series, Imai wanted to tap into a childhood memory ubiquitous among photographers: discovering their father’s camera.

“Father used to keep very good camera in his room. He would say, ‘Don’t touch that camera!'” Imai recounts. “That’s the camera I saw when I was a child.”

Imai wanted to capture that wistful longing and translate it into the device’s blueprint. He also wanted to design the camera in a way that appealed to all five senses. The manual dials, the synthetic leather, and the sound the camera makes when taking a photo are all designed in a sensuous way.

Demand for digital cameras has dropped significantly with the rise of the smartphone. Camera makers have explored different ways to compete, like adding smart-phone capabilities such as being able to upload to social networking sites directly from the device. But since debuting in 2011, sales of the X-Series have increased five fold and Imai says the X-Series played an important tole in raising the profile of the design department inside the company.