SAP’s Design Chief Explains How to Scale Design Across Organizations 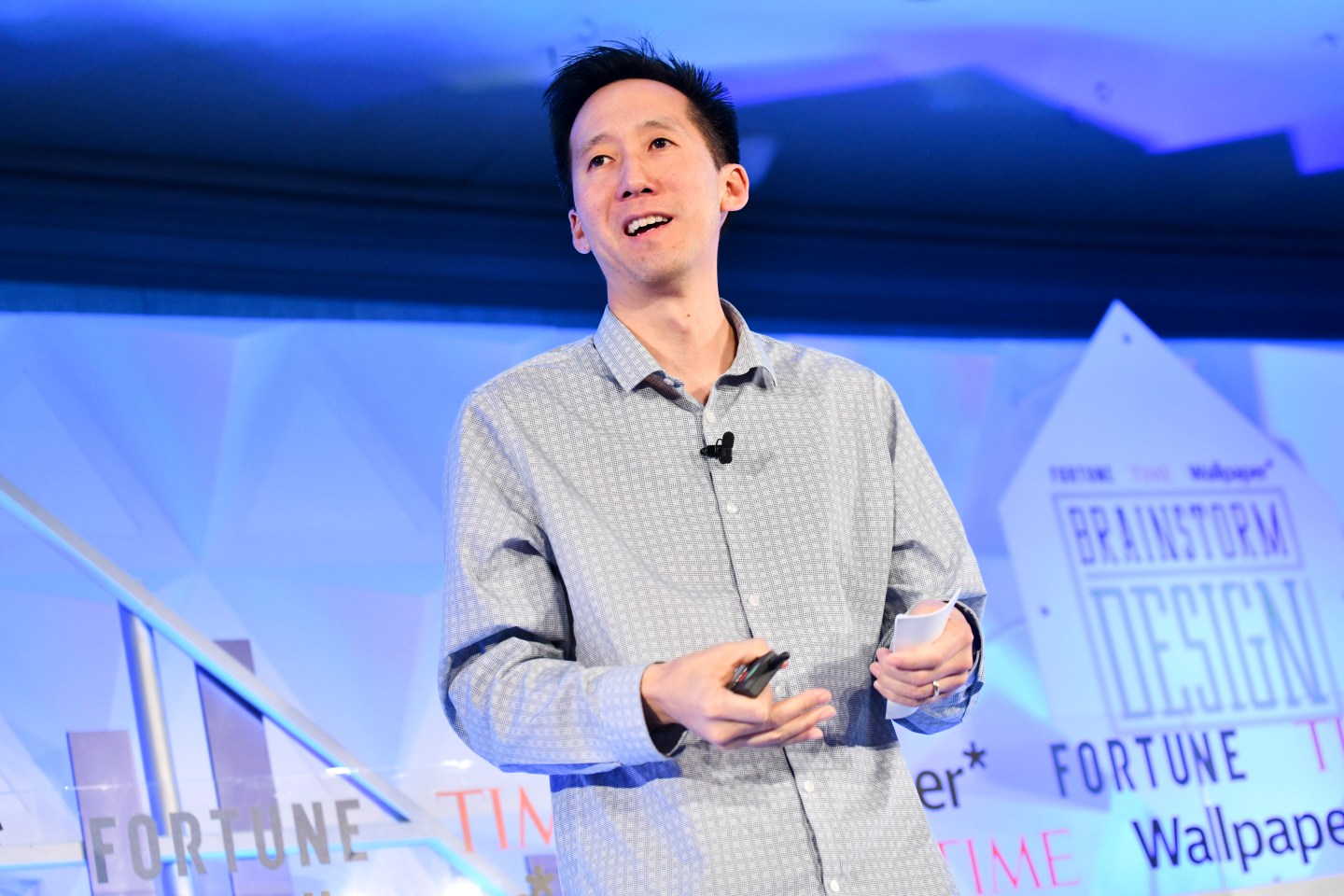 028 Fortune Brainstorm Design 2018 Wednesday, March 7th, 2018 Singapore 15:20 - 15:35 DESIGN IN FOCUS: SCALING DESIGN ACROSS ORGANIZATIONS What methodologies and tools can be used to scale design beyond its traditional boundaries in order to inspire innovation across an organization? Sam Yen will share learnings from SAP’s experiences implementing a design mindset, both within the organization and through customer interactions, to create products and sales processes that drive business value. Presenter: Sam Yen, Managing Director, SAP Labs Silicon Valley and Chief Design Officer, SAP Photograph by Stefen Chow/Fortune
Stefen Chow/Fortune

How can new design strategies be scaled across an entire organization? The answer involves a internal transformation of company culture as well as an external shift in client relationships, according Sam Yen, who recounted SAP’s (SAP) journey to establish design thinking as a company ethos at Brainstorm Design Singapore on Wednesday.

Yen is SAP’s chief design officer and managing director of SAP Labs Silicon Valley, one of a network of 20 R&D innovation hubs in 17 countries. According to Yen, SAP has been dedicated to design thinking for nearly 10 years, and its user-centric approach has led its stock value to explode, powering breakthroughs in cloud computing, enterprise software, cloud services, and applications like virtual personal assistants.

SAP hired 1000 new designers to implement design thinking, but that implementation was a rocky process, Yen said. Even as executives echoed a commitment to design, many parts of the company still practiced “design thinking by checkbox,” Yen said, writing off design as a self-contained “step,” rather than an approach to be applied to the entire process.

In response, Yen organized design “stealth teams” to move as rapidly on projects as possible — an initiative that was vindicated when a stealth team was able to help placate an angry client. Yen called it a “breakthrough moment” that achieved “what most designers have been always asking for: a seat at the table.”

SAP started to “co-craft” strategy in coordination with their customers, which resulted in the development of a SAP Fiori, a library first envisioned by Yen’s “stealth teams” that revamped the company’s most popular stand-alone applications to work and feel the same on desktops, laptops, tablets, and smartphones. SAP’s “Apple approach” lets users, who now number more than 600, select and customize only the apps and tools they need and use them anywhere, in the office or on the go.

Their approach of designing in concert with clients has also won SAP plenty of plaudits. In 2015, Fiori received the Red Dot Award, while its design ethos has helped it build customer and employee satisfaction; the firm is routinely named among Fortune‘s Best Workplaces.

“Sometimes, we’re still asked to make things that look pretty,” Yen said, “but at the end of the day, design culture has flourished within SAP, and I’m extremely optimistic about the future.”

Companies, particularly IT firms, have more access to data today than ever before, but businesses don’t have to embark on this journey alone. SAP created a forum, Yen said, where they encourage other organizations, even competitors, to share best practices, “what works and doesn’t work,” to help them all improve and grow.

Meanwhile designers bring a “methodology that the world is increasingly looking to a the best way to solve complicated and pressing issues,” Yen said. The best way to pursue success is for internal departments and even different companies to help each other, to “share with each other,” to bring the best possible version of their product to the world.