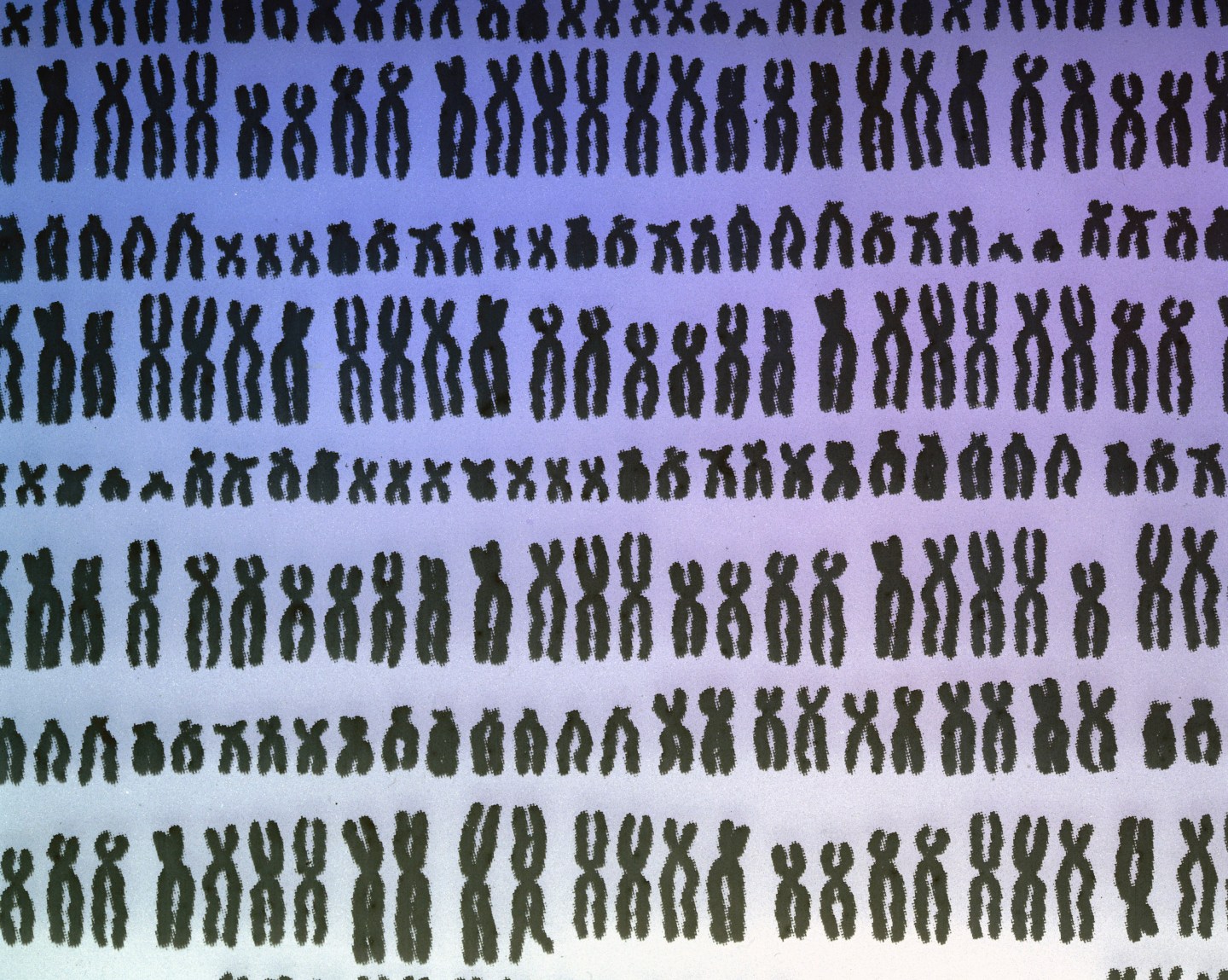 "UNITED KINGDOM - NOVEMBER 19: Detail of chromosome exhibit. Detail view of the wall surrounding the 'Live Science' area of the 'Who Am I?' gallery in the Wellcome Wing at the Science Museum, London in May, 2001. (Photo by SSPL/Getty Images)"
SSPL / Getty Images

The test, which analyzes DNA from a self-collected saliva sample, will soon be able to detect increased risk of breast, ovarian, and prostate cancer. 23andMe already detects genetic health risks for diseases like Parkinson’s and Alzheimer’s, along with conditions like lactose intolerance.

This is the first time that the FDA has approved a direct-to-consumer genetics test for cancer risk, according to a 23andMe press release.

This approval comes with “a lot of caveats,” said Donald St. Pierre, acting director of the FDA’s Office of In Vitro Diagnostics and Radiological Health.

The kit will screen for just three out of more than 1,000 known BRCA mutations that can lead to cancer, and the mutations it detects are not the most common.

“Only a small percentage of Americans carry one of these three mutations and most BRCA mutations that increase an individual’s risk are not detected by this test,” St. Pierre said.

Women of Eastern European Jewish descent are most likely to carry the cancer-causing BRCA1/BRCA2 hereditary mutations that the test screens for, according to the FDA.

“The test also does not provide information on a person’s overall risk of developing any type of cancer,” the FDA emphasized.

Anne Wojcicki, cofounder and CEO of 23andMe, tweeted Tuesday thanking the FDA, who shut down the company in 2013, saying the push from the agency was a transformative time that led 23andMe into drug development.

First FDA authorization for DTC genetic test on cancer risk. Thank you to the FDA for hard work and progress on innovation @US_FDA @23andMe pic.twitter.com/5ybu6ESELu

In 2017, the company was the first to get FDA approval to sell the genetic tests to detect risks for Parkinson’s and Alzheimer’s directly to consumers without a prescription. This move toward genetic testing and drug development has brought new investors to the firm — most recently $250 million from Sequoia Capital at a $1.75 billion valuation.

A spokeswoman for 23andMe said the test will be rolled out “in the coming weeks” and the $199 price of the kit will not change.

The company and the FDA agree that the additional testing, while far from comprehensive, is a step in the right direction when it comes to the availability of cancer screenings.

Editor’s note: We’ve corrected what the BRCA1/BRCA2 increases the risk for.