Commentary: How Monkeys Proved to VW That Diesel Can Never Be Safe 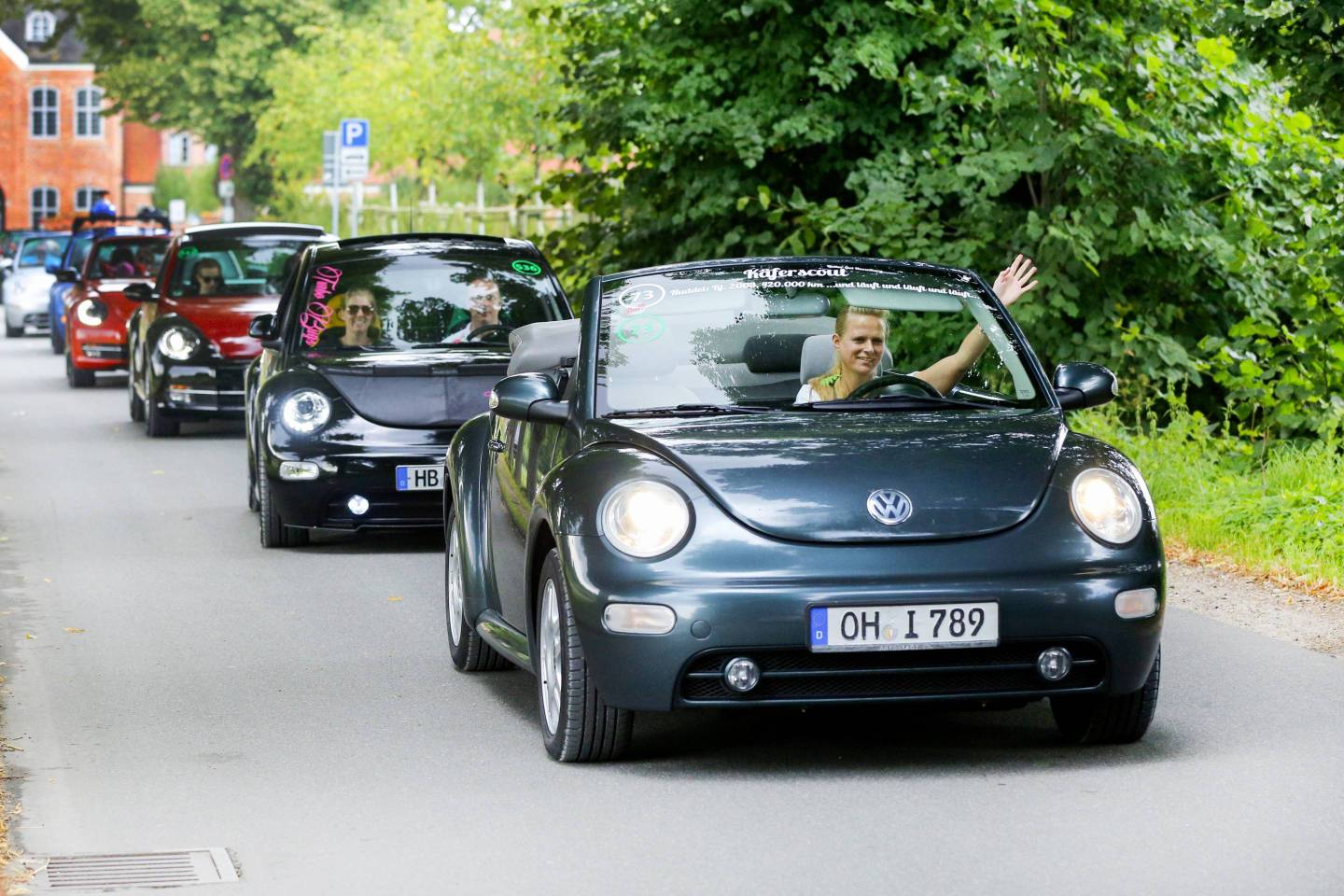 What do 10 long-tailed macaque monkeys watching cartoons have to do with making diesel safer?

Ideally nothing, but if you watched the recent Netflix (NFLX) documentary Dirty Money, you would see a lab outside of Albuquerque in 2014, where these primates are sitting in air-tight compartments while a Volkswagen Beetle’s diesel fumes are pumped inside. It was as part of an experiment paid for by the European Research Group on Environment and Health in the Transport Sector (EUGT), a German auto industry group.

But it’s actually worse than all that. The Beetle was 40 times the legal limit due to software that cheated the system. The tests proved that the VW car was polluting more than an old, 1997-year Ford (F) truck, and the companies decided not to publicly release the test results.

The monkey experiment, conducted at the Lovelace Respiratory Research Institute in Albuquerque, was sponsored by EUGT. The goal was to create (bogus) scientific research proving that new technology had made diesel safe. EUGT received all of its funding from Volkswagen, Daimler, and BMW. It shut down last year amid controversy over its work.

There was a lot at stake for the companies to produce industry-friendly data. Europe embraced diesel in the 1990s because, on average, diesel cars and trucks produce fewer greenhouse gases than similar gasoline vehicles. But, by the time of the monkey experiments, the negative health effects of diesel were getting more attention.

A report released by the European Parliament showed that 72,000 people in Europe died prematurely because of nitrogen dioxide pollution in 2012. Some European cities are creating zones that restrict diesel vehicles, or banning them outright. In Germany, the highest federal court issued a landmark ruling last month that cities have the right to ban diesel cars. One of those cities petitioning the court for a ban was Stuttgart, the home of Mercedes and Porsche.

Volkswagen, along with the other German auto companies, also wanted to use the research to increase their diesel sales in the United States. That came to a screeching halt with “Dieselgate” and VW’s emissions cheating scheme in 2015, which has cost the company more than $30 billion.

When I learned about these tests, my mind immediately flashed back to events in my 32-plus year career with the U.S. Environmental Protection Agency. First, it was the time I was the director of the Office of Radiation and Indoor Air (ORIA), where we developed the first report about the dangers of secondhand smoke. Our report got massive pushback from the tobacco industry, which created a variety of misleading research designed to confuse the public about the massive health risks of their products. Cigarette companies had, in fact, run very similar tests on a variety of animals to prove that their products were safe.

But unlike smoking, diesel engines serve a purpose, are an integral part of the freight transportation systems of the world, and can be made cleaner. Later in my EPA career, as director of the Office of Transportation Air Quality (OTAQ), I led the effort that ended up becoming known as “clean diesel.” With the Heavy Duty Diesel rule in 2000, we took regulatory action to clean diesel fuel and reduce toxic diesel exhaust by 95%.

As a result of this rule, 8,300 premature deaths and 750,000 respiratory illnesses were expected to be prevented annually. Recent studies by the Health Effects Institute concluded that the overall toxicity of modern diesel engines are significantly lower than the high-polluting older engines, but even “clean diesel” is not perfectly clean.

What exacerbates the situation today is endemic cheating and the lack of consistent enforcement of the standards. In my 18 years as director of OTAQ, we had fined car manufacturers and diesel engine and truck companies that were cheating with polluting trucks for over a decade. Just last month, new revelations emerged about alleged cheating by Mercedes Benz. And, there is money and politics as witnessed in the recent actions of Scott Pruitt, the current EPA administrator, who is behind a decision to give compliance waiver to the highly polluting diesel truck “glider kits.”

So, how can we make diesel engines completely safe? Realistically, we can’t. There is only one known, long-lasting strategy to address both human health and climate change: move to electrification of our transportation system. Electric vehicles have no emissions and help mitigate the environmental challenge of our time: climate change.

Some say the internal combustion engine’s days are numbered, and that may be true for light-duty vehicles nearing the “tipping point” for electric vehicles. But in medium-duty and especially heavy-duty vehicles, diesel will continue to play a role as we wait for technologies and infrastructure to become more economically feasible.

While the passenger vehicle sector is getting electrified, we cannot take our eye off diesel technology. It will be important to continue improvements to diesel engines—and especially enforcement of the rules—to ensure that their health effects continue to be reduced and their contribution to climate change is minimized.

But that doesn’t require industry studies of gassed monkeys.

Margo Oge served the United States Environmental Protection Agency for over 32 years and most recently, was the director of the EPA’s Office of Transportation and Air Quality (OTAQ) from 1994 to 2012 and a key architect of the 2025 GHG/CAFE Standards. She is also the author of the book, Driving the Future: Combating Climate Change with Cleaner, Smarter Cars.