‘It’s a Celebration of Life.’ Ole Scheeren on How Architecture Shapes the World 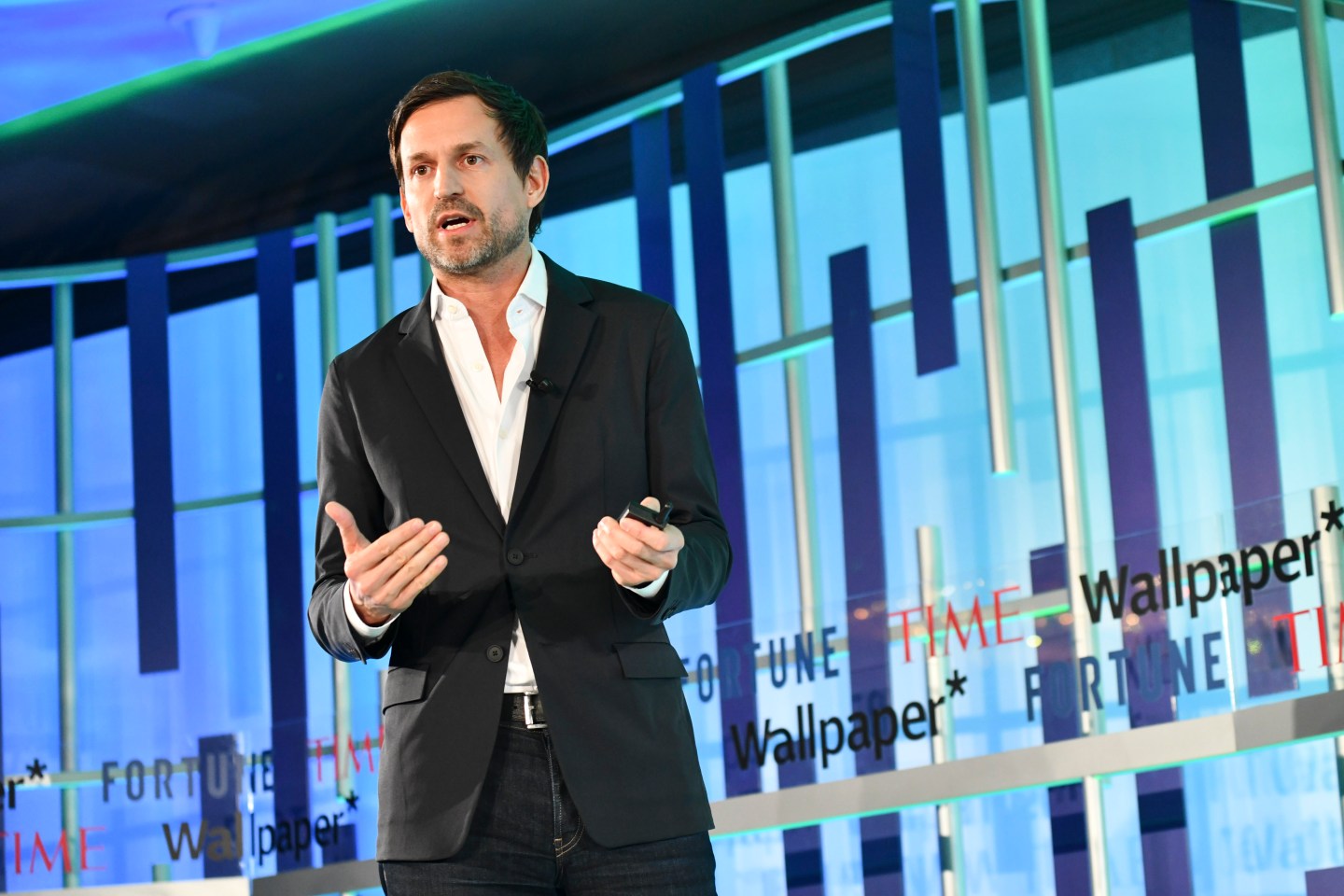 010 Fortune Brainstorm Design 2018 Tuesday, March 6th, 2018 Singapore 17:15 - 17:30 DESIGN IN FOCUS: TRANSFORMATIVE ARCHITECTURE As Ole Scheeren’s architecture forges new territories by addressing real-world challenges, it becomes not only a rigorous construct of functionality and economics, but an inspiring vehicle for culture and public life. What role can architecture play in transforming the way we experience and shape the world? Ole Scheeren will share his unique approach to design, including his most recent international projects. Presenter: Ole Scheeren, Principal and Chief Designer, Buro Ole Scheeren Photograph by Stefen Chow/Fortune
Photograph by Stefen Chow for Fortune

Great works of architecture can transform the way we experience and shape the world, says architect Ole Scheeren. Over the past decade, Scheeren has transformed skylines all over Asia with landmark buildings including the conjoined towers of Beijing’s CCTV Headquarters, the Jenga block-like forms of Singapore’s Interlace, and the pixelated skyscraper that is Bangkok’s MahaNakhon (a set of terraced towers for Ho Chi Minh City is in the works).

Returning to Singapore, Scheeren took the stage at the Brainstorm Design conference to discuss the power of architecture. Buildings, in his view, should not only be functional and economically viable, but also facilitate cultural exchange and enrich public life.

Singapore is a case in point. The city-state “embodies some of the issues that many Asian, and indeed global cities face today,” he said. “As population density increases, the predominant typologies that define urban spaces are towers. Many of them stand in no relation to each other. I want to reestablish context and define a world in which we live in relation to each other.”

About a kilometer away from the conference venue (the Mandarin Oriental on Raffles Avenue) is his latest Singapore project, Duo, built on land between what he called “two completely unrelated buildings.” The solution? Forming a circular swoop with the twin towers to embrace a plaza that “adds to the public life of the city itself, creating a civic nexus for a previously isolated part of the city.” The concave façades channel the winds, creating microclimates in the courtyards to create more liveable spaces.

With the Interlace, Scheeren avoided towers altogether, instead stacking horizontal structures to create a complex form. “From the outside it evades logic, but inside there is a precise system of courtyards and gardens, spaces that enhance the diversity of life,” he said.

He also used greenery everywhere. “If we add the amount of greenery left on the site, plus the gardens we created on the roof, we get 112% of the greenery that the strip of land would otherwise accommodate.” At the 2015 World Architecture Festival, Interlace was named World Building of the Year. “It recognises that Asia is able to set new standards in what is possible in the world today,” says Scheeren.

“My idea was a base that would be in extension of the small scale of the city. I would put smaller cubes on the site and flow a single volume of glass on top.” The cubes harmoniously blend in with the existing structures, while the 1700 sq m, column-free space above opens up all sorts of possibilities for exhibitions, auctions and other forms of public activity.

“It’s a celebration of life in all the hybrid forms in which it exists. History can be an important part of how we build the future,” says Scheeren.