How Etsy’s New CEO Threw Out All of the Company’s Key Metrics, Except One 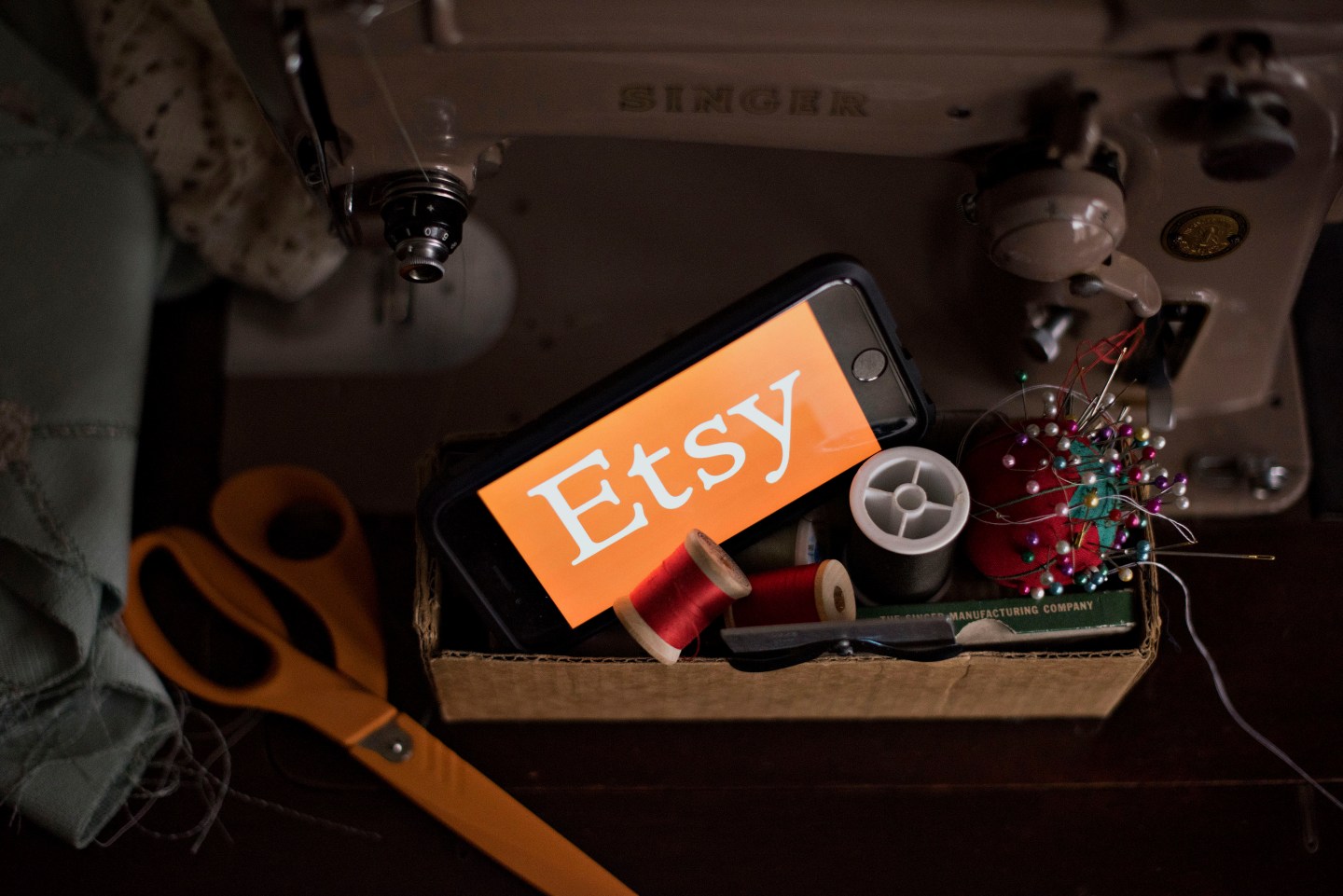 Etsy is a small company in Brooklyn competing against West Coast giants Amazon and eBay. So if you’re not a buyer or seller of crafts products, you’d be forgiven for not knowing it had fallen on hard times and then, as of last week, shown early signs of a remarkable recovery.

The little company’s stock spiked 20% after reporting dramatically improved financial results. Etsy moved $1 billion worth of merchandise in the fourth quarter, a 15% year-over-year increase. Its own revenues—the cut it takes from those “gross merchandise sales,” or GMS—was up 21% to $136 million. It made money after losses the year before.

The day after it reported earnings I had coffee in San Francisco with new Etsy CEO Josh Silverman, whom I’ve known since well before he was a big shot at eBay and American Express. Silverman was a board member at Etsy when he took over as CEO last year. His story of the first phase of Etsy’s turnaround is fascinating and impressive. It also reveals textbook tactics for improving a well-loved but underperforming business.

The first thing he did was get the company to focus on what matters—and stop focusing on what didn’t. “I observed that [gross merchandise sales] is the one metric that matters,” says Silverman. Before the company was measuring 15 or so metrics, which justified a lot of projects that may or may not have been worthwhile. In fact, he asked his new team to “stack rank” the 800 product initiatives in Etsy’s pipeline, all with an eye to what could goose GMS quickly.

The result: About half weren’t meaningful. Thirty-two—including seemingly trivial things like clearly explaining to buyers that Etsy didn’t share credit-card information with sellers—were deemed priorities. Others were discarded quickly, including a just-launched Etsy Studios product.

Silverman says the effect was to make Etsy (ETSY) faster. Yes, there were layoffs. But he says they were about focusing on needle-moving projects more than lowering headcount. He made it clear who was in charge of every important project, and he signaled that nothing could get in the way of the 32 fast-moving projects, called “ambulances,” that he deemed critical.

We spent about 30 seconds discussing Amazon (AMZN) and eBay (EBAY), which Silverman brushes off by noting they “map to a catalog,” unlike Etsy, which sells unique wares.

Saying no to even good ideas, transparency with customers, clarity in management and strategy, a dramatically improved stock price. Little Etsy, now worth more than $3 billion, is off to a pretty good (re)-start.

Two weekend reading items: The annual Consumer Electronics Show in Las Vegas is so powerful now and such a magnet for car makers that the Detroit Auto Show, held just after it in January, is moving to later in the year … The San Francisco Chronicle went deep on the local political influence of investor Ron Conway. It’s a worthwhile read for its accuracy of tone and fact and its insight.