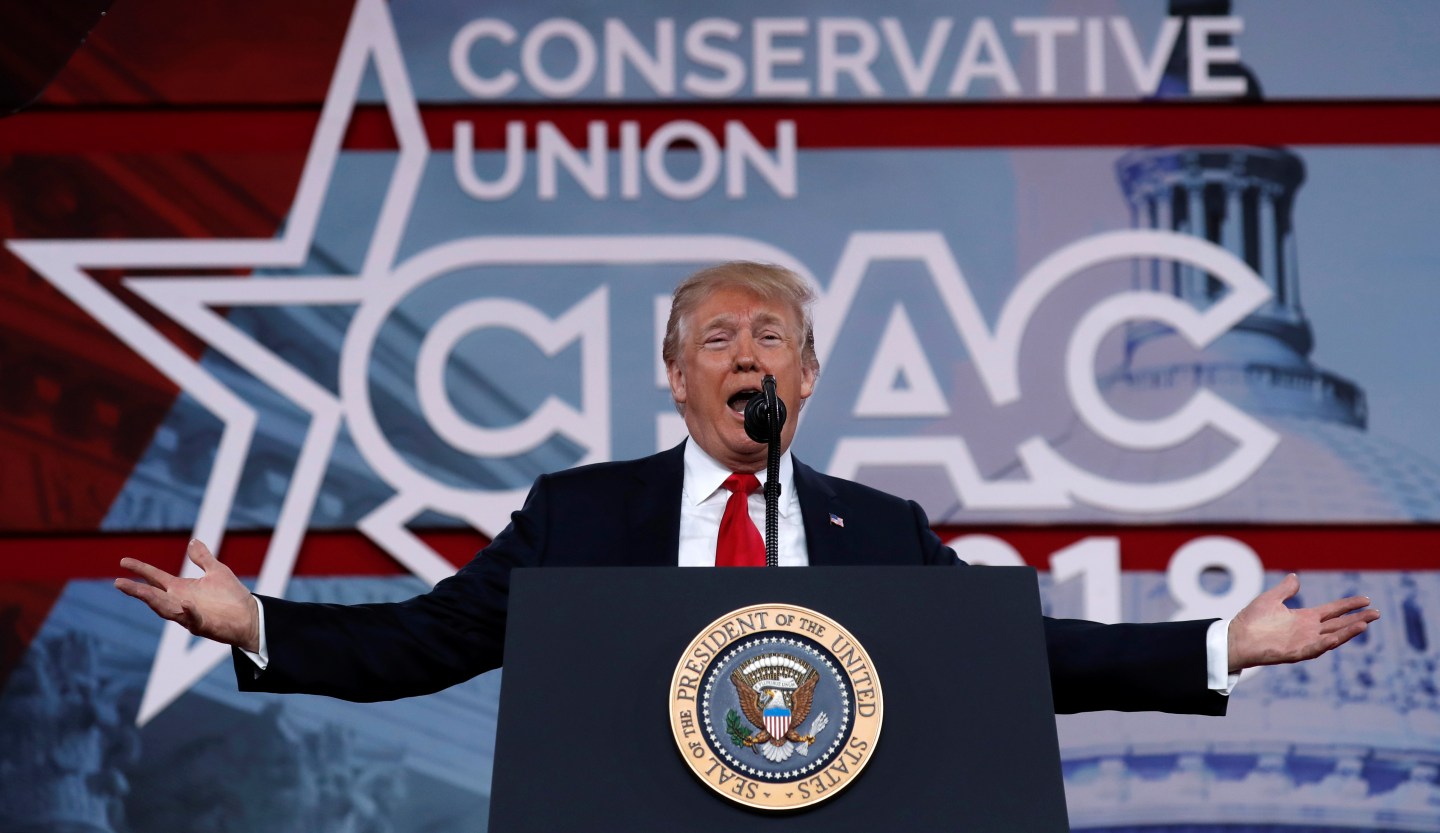 Imagine attending one of your organization’s busiest, most media-covered conferences of the year.

Now imagine that one of that organization’s senior representatives takes to the podium and publicly shares his view that hiring you—a diversity pick at that—was a big mistake.

This was the nightmare scenario that greeted former Republican National Committee chairman Michael Steele during the annual Ronald Reagan dinner at the Conservative Political Action Conference (CPAC) on Friday night.

CPAC director Ian Walters, addressing hundreds of attendees, began his remarks with a trip down memory lane. The year was 2009. “We were sort of lost as a group,” he said. “We had just elected the first African-American president, and that was a big deal. That was a hill that we got over and it was something we were all proud of. And we weren’t sure what to do.”

Evidently, “they” had decided on an overtly race-based strategy: Hire an equal and opposite Negro. “In a little bit of cynicism, what did we do? This is a terrible thing—we elected Mike Steele to be the RNC chair because he’s a black guy,” he continued. “That was the wrong thing to do.”

Later that night, Steele told MSNBC’s Joy Reid that it was a “what the #$%&?” moment for him. “I’m surprised that people in the party still feel this way and look at the contributions that anyone would make to the party through the prism of race,” he said. “It’s unfortunate, it’s stupid it’s immature and…I hope it’s not a reflection of the leadership of CPAC.”

And then it got worse.

The next day, Steele sat down on a Sirius radio show with CPAC chair Matt Schlapp to unpack the issue, specifically how badly the remarks reflected on an organization that had long promised to become more inclusive. If you’ve ever had an uncomfortable conversation about race (and I know you have) then you’ll recognize the dynamics right away.

Schlapp came in prepared to deflect. “I think [Ian Walters] said some words that…the worst people… our political enemies could take in the worst way,” he said. The real issue was Steele’s lack of support for “the more conservative aspects of the Trump phenomenon.” Walters remarks were merely a critique of Steele’s job performance and nothing more. “Can you accept that’s what he’s coming at and not a racial issue?”

Steele could not. “What the hell does my race have to do with any of that?” Steele said, getting steelier. What follows is the most excruciating back-and-forth I’ve seen in ages, with Steele explaining his dedication to conservatism and defending his obligation to call out inconsistent values, and Schlapp fully believing that he could explain away the remark by removing the racial component.

At the five minute mark comes the final slap from Schlapp.

He implores Steele, the injured party, to “have some grace,” and forgive Walters who was continuing to express some sort of remorse-by-proxy from an undisclosed location. At that moment, Steele’s exasperation spilled over into anger. “I’ve spent forty-one years in this party. I’ve taken crap you have no idea about, and I’ve carried this baggage… there’s only one word I can say and I can’t say it on the air.”

There are plenty of people who are incredulous that Steele believed certain ascendant elements of conservative thinking, animated by nationalism and buoyed by unalloyed talk of white supremacy, would behave any differently.

But Steele seemed legitimately wounded by people he’d worked with for years, and whom he’d considered some type-of-a-friend. And perhaps that was the most painful part—watching the thin veneer of the legitimacy of his legacy, regardless of how he’d originally envisioned it, be snatched away by people who evidently didn’t see him at all.

They’d hired the wrong black guy. And the crap that we have no idea about was nearly laid bare.

The call for Steele to forgive his attacker was reminiscent of so many moments of public racial conflict when the aggrieved is required to soothe the hurt feelings of white leaders who believe they have too much to lose by facing their own demons. In that way, CPAC is no different than any other organization of any kind.

And, of course, most diversity hires worry that they’ve been hired for the wrong reasons. It’s just so rare to have our worst fears confirmed on national television.

But for CPAC in particular, this reveals an ongoing problem. We desperately need informed and dedicated conservative thinking in the marketplace of ideas to help solve the pressing problems we face. But we also need them to show some of the grace they demand. “We have allowed this element to have a voice, we have given countenance to it, we have given it the space to express itself,” said Steele. “There is no taking that back. You can’t deny that that has been freed up.”

Action, not thoughts and prayers, are required to end violence, says former Jesuit priestJoseph Holt, a business ethics professor at the University of Notre Dame and a former Jesuit priest, tackles the now well-trodden path of offering thoughts and prayers after a mass shooting event. It’s not enough, he says. He cites both scripture—“Let’s not merely say that we love each other; let us show the truth by our actions”—and the remarks of fellow spiritual leaders like the Dalai Lama and Rabbi Shaul Praver, from a congregation from Newtown, Conn. “I do believe that prayer works. But prayer works only if the person praying works too,” he says. He says leaders can demonstrate their faith “by abandoning their old opinions on gun regulation and finding practical solutions to make schools and other public places safe.” As a growing list of businesses abandon their relationship with the NRA, here’s another example: Bank of America is re-considering their financial ties with AR-15 manufacturers.Fortune

Every gun that is made, every warship launched, every rocket fired signifies in the final sense, a theft from those who hunger and are not fed, those who are cold and are not clothed. This world in arms is not spending money alone. It is spending the sweat of its laborers, the genius of its scientists, the hopes of its children. This is not a way of life at all in any true sense. Under the clouds of war, it is humanity hanging on a cross of iron.Dwight D. Eisenhower