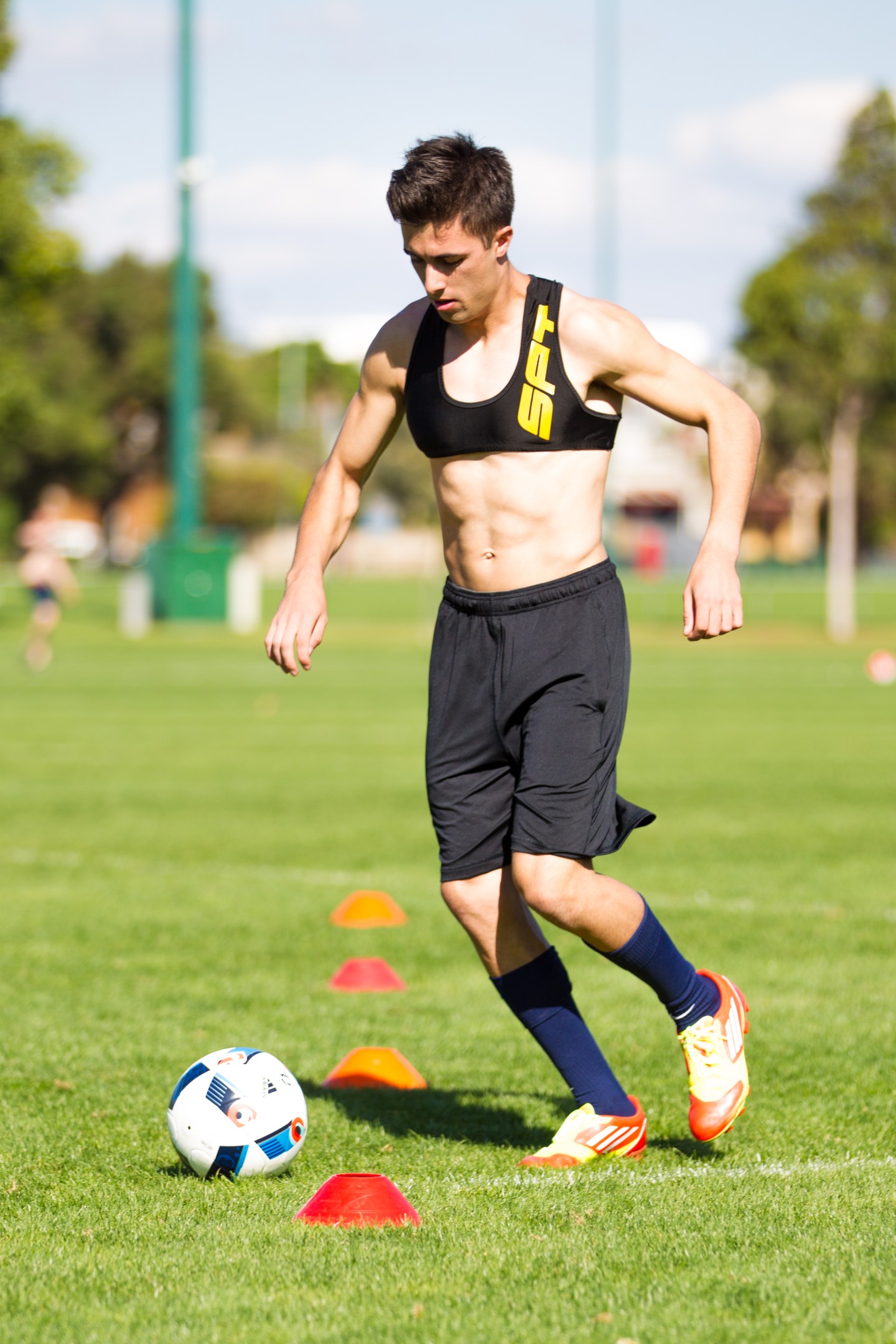 There’s plenty of weird stuff on display at CES 2018. Sony once again showcased a robot dog in its keynote. And Toyota promoted a self-driving pizza delivery system. But both pale in comparison to the smart clothing on display at the booth of Sports Performance Tracking.

Technically, the apparel is a wearable device designed for amateur athletes who participate in outdoor sports like soccer, football, and rugby. But to the casual eye, it looks an awful lot like a bra for men.

Dubbed the SPT2, the $249 lingerie-for-him gives amateur athletes access to data the company says is usually only available to pros, including speed, distance, and heat mapping, along with the usual smart clothing options of things like heart rate. The data is gathered from the included accelerometers, gyroscopes, and magnetometers. Using that data, players (and coaches) can get a better idea of things like who can stay in for longer periods and who needs more breaks as they play.

Is it useful tech? That’s something that would require field testing and a person with athletic prowess. Is it something that reminds you of a scene right out Seinfeld? Absolutely.

Sadly, we’re guessing intellectual property issues (or maybe a marketing department with some common sense) prevented Sports Performance Tracking from calling this “the Bro” or a “Manzier.”