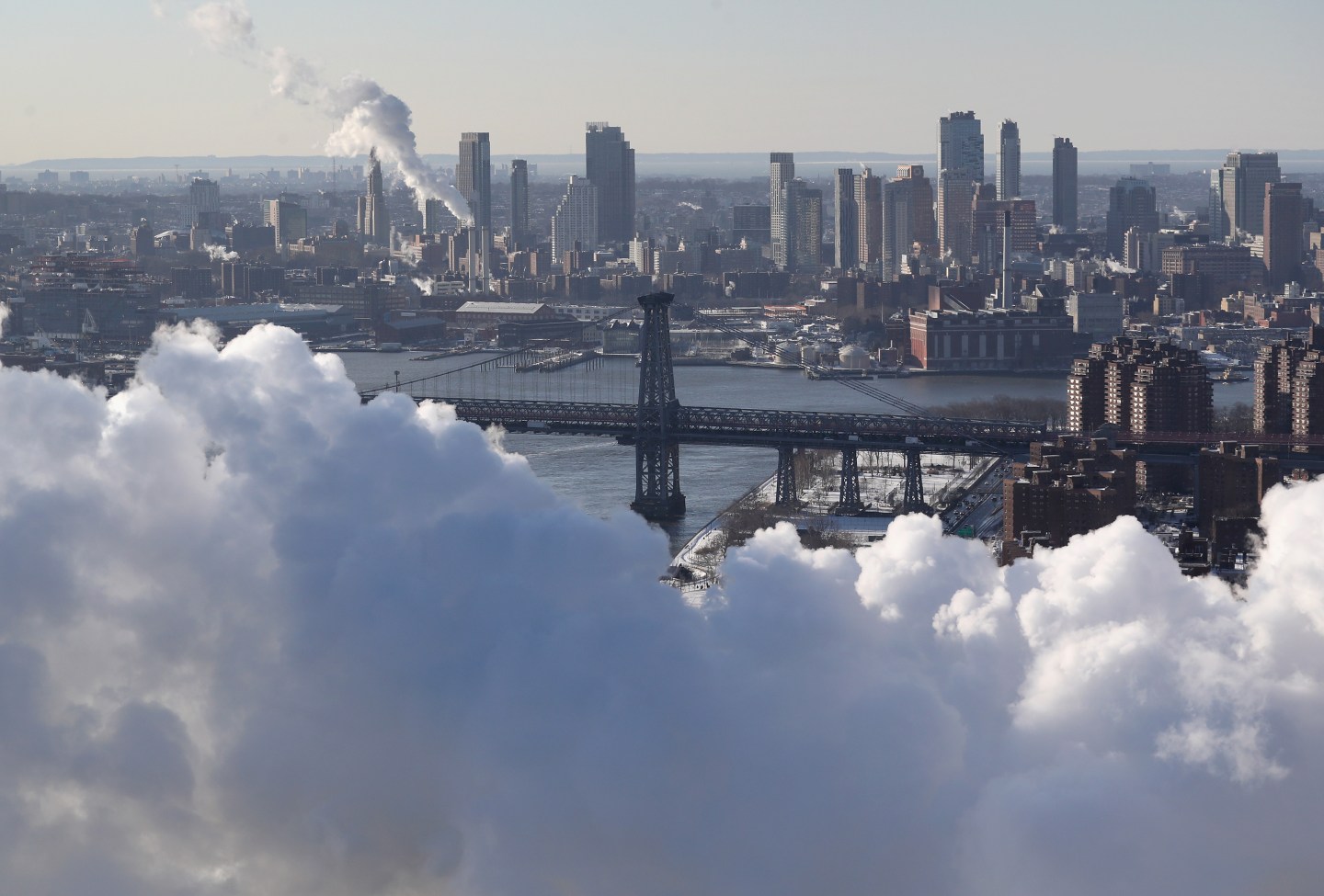 NEW YORK, NY - JANUARY 05: The Williamsburg Bridge is seen in front of the Brooklyn skyline as steam rises from the Con Edison power plant on January 5, 2018 in New York City. Under frigid temperatures, New York City dug out from the "Bomb Cyclone." (Photo by John Moore/Getty Images)
John Moore—Getty Images

The New York City government is attempting to shift the costs of bracing the city for climate change onto the world’s five largest publicly traded oil companies, which it claims “have done nearly all they could to create this existential threat.”

A lawsuit filed to the Southern District of New York Tuesday claims that BP, Chevron (CVX), Conoco-Phillips (COP), ExxonMobil (XOM), and Royal Dutch Shell (RDS-A)with creating 11% of all greenhouse gases, the Washington Post reports. It also claims the companies were aware of their impacts on climate and tried to obfuscate the truth.

This is not the first time U.S. localities have tried to apply financial pressure to polluters.

Read more: How Climate Change Will Transform the Way We Live

Michael Burger, director of the Sabin Center for Climate Change Law at Columbia University, told the Post that New York’s lawsuit was significant because it brought the legal challenge beyond California. The involvement of other jurisdictions, he said, might, “see adequate pressure applied to these companies to inspire action on climate change.”