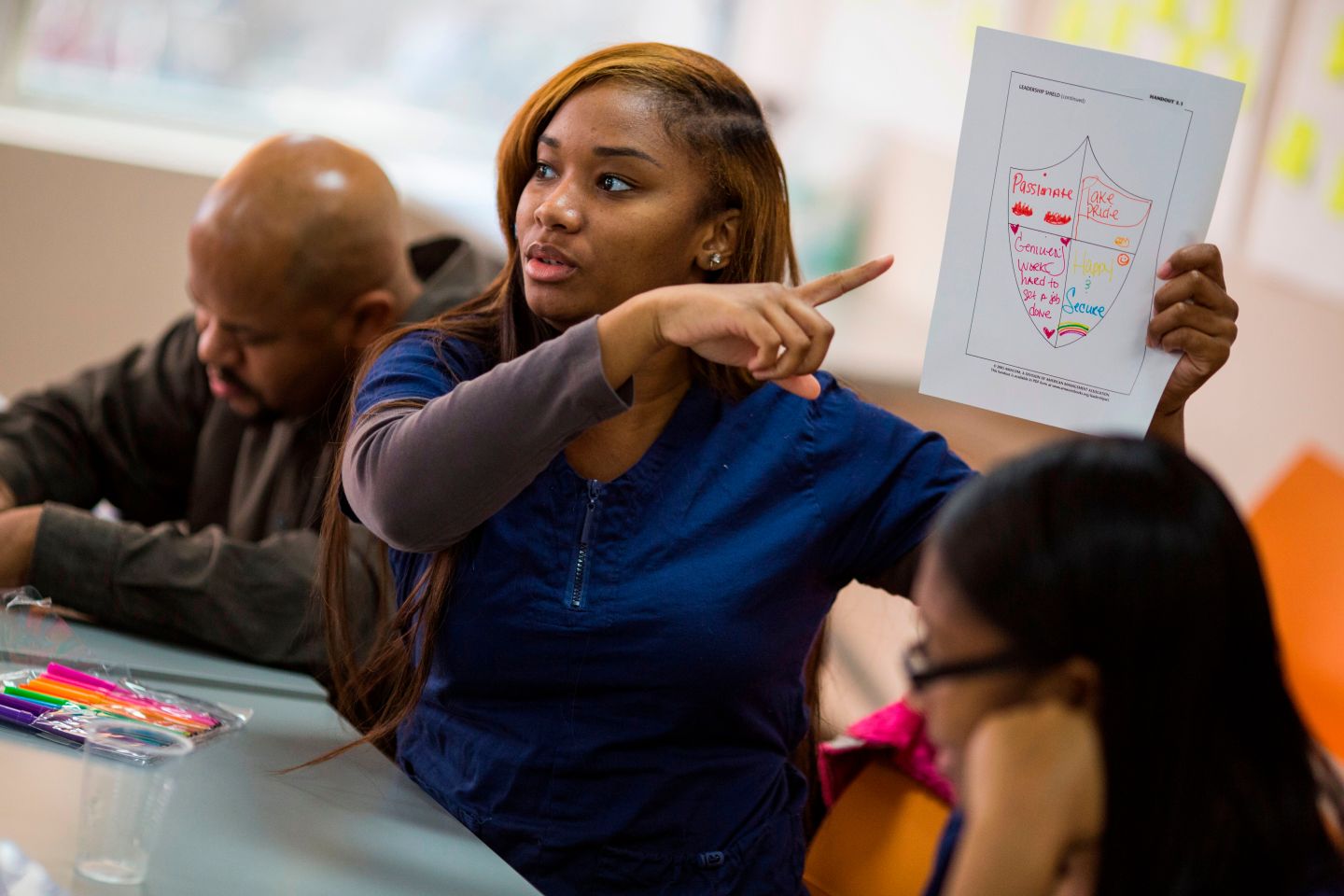 Kiana Waters participates in a workshop at the West Philadelphia Skills Initiative on December 14, 2017, in Philadelphia, Pennsylvania. The West Philadelphia Skills Initiative (WPSI) is unique among employment training programs. It has a hyper-local focus, with workers coming only from the area known as University City, and it trains workers for jobs that already exist in the area. / AFP PHOTO / DOMINICK REUTER (Photo credit should read DOMINICK REUTER/AFP/Getty Images)
Dominick Reuter—AFP/Getty Images

The American economy gained 148,000 jobs in the final month of 2017, according to the Bureau of Labor Statistics report released Friday morning. The unemployment rate remained at 4.1% for a third month.

This marks the 87th consecutive month of employment growth. Nonfarm employment increased by 174% per month on average from January to November 2017, according to the Economic Policy Institute.

“2017 was a very strong year for the labor market,” said Jed Kolko, chief economist at Indeed.

The biggest gains in employment went to workers with less education. The unemployment rate dropped more than one full percentage point year-over-year for workers with a high school education or less. Meanwhile, joblessness dropped only 0.3% and 0.2% for those with college and bachelor’s degrees.

Manufacturing jobs grew 1.5% year-over-year, putting them in line with overall national employment growth and bucking the trend of consolidated employment loss in the sector over the last few years, according to Kolko.

President Donald Trump took credit for the falling unemployment rate in a tweet on Wednesday, though most economists agree that presidents have minimal influence in determining the course of the economy.

Stock Market had another good day but, now that the Tax Cut Bill has passed, we have tremendous upward potential. Dow just short of 25,000, a number that few thought would be possible this soon into my administration. Also, unemployment went down to 4.1%. Only getting better!

The unemployment rate was 4.4% on average in 2017, excluding December, but there’s still room for job growth.

Wages grew by an average of 9 cents in December, bringing year-over-year pay gains to 2.5% for 2017.

Elise Gould, senior economist at the Economic Policy Institute, argues that ten years after the Great Recession, the economy has still not returned to 2007 benchmarks or the healthier levels of economic indicators in 2000.