Commentary: 4 Reasons Investors Should Be Psyched for Next Year’s Market 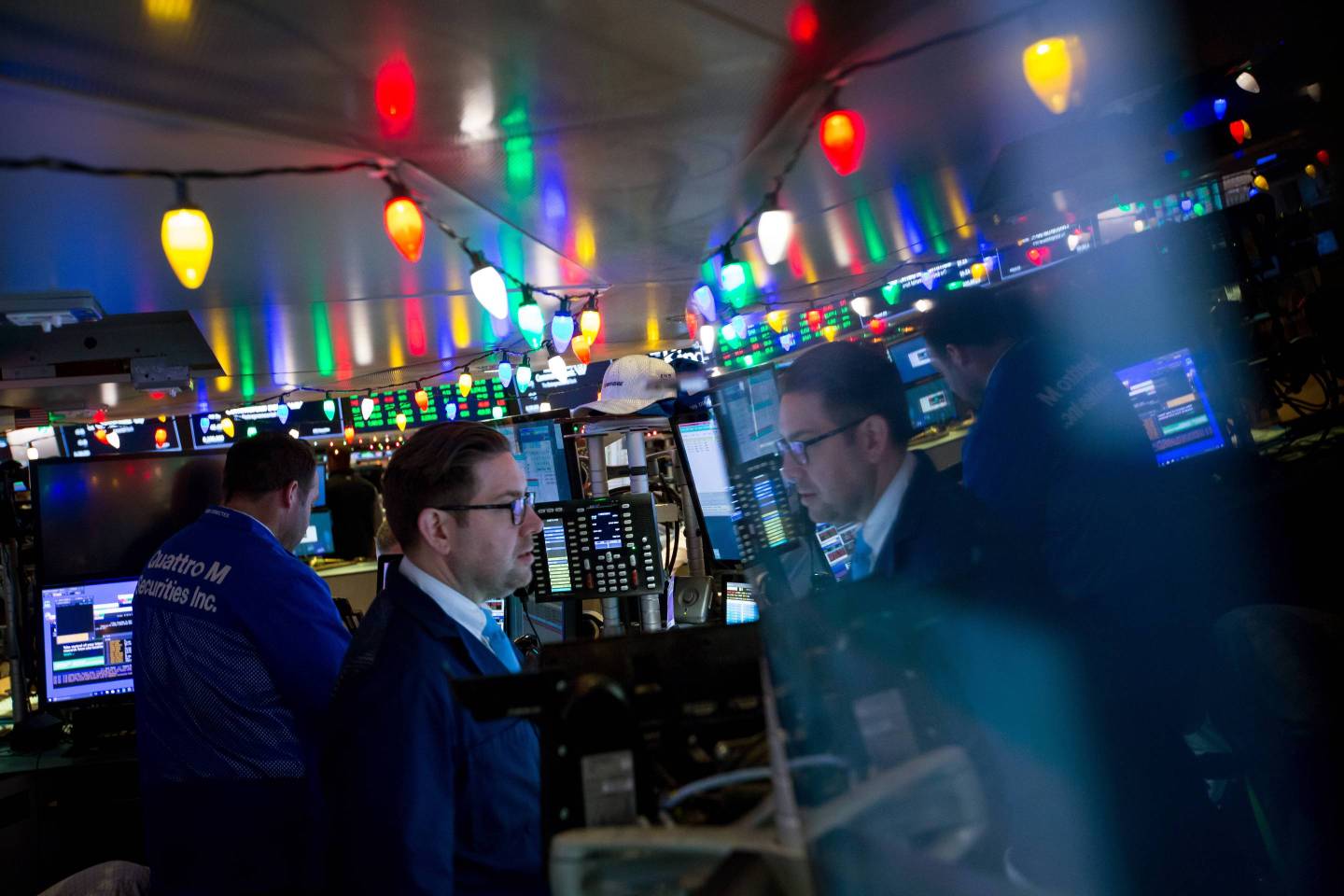 Traders work on the floor of the New York Stock Exchange (NYSE) in New York, U.S., on Friday, Dec. 15, 2017. U.S. stocks gained with the dollar as investors assessed messages from the Federal Reserve and European Central Bank meetings this week with concerns lingering about the prospects for U.S. tax overhaul. Photographer: Michael Nagle/Bloomberg via Getty Images
Michael Nagle—Bloomberg via Getty Images

Venturing into 2018, the global economy’s clean bill of health should provide investors with confidence about where the markets are headed. Over the next year, the markets’ strength will depend on a few key factors that will determine 2018’s economic trajectory. For folks who want to stay ahead of the curve, there are four big moving pieces to keep in mind: global economic trends, the U.S. tax bill, the Federal Reserve, and investor sentiment. Here are our projections for each:

The global economy will remain healthy

The global economy was a rising tide that lifted most risk assets with global equities on pace to return 20-plus percent in 2017. That trend looks likely to continue heading into 2018 with only a handful of countries, such as Venezuela, expected to be in recession. This uptick in economic activity is expected to lift global growth from 3.2% in 2017 to 3.4% in 2018.

Synchronized growth among developed and emerging economies has led to a healthy rise in global corporate profits, with most regions experiencing double-digit earnings-per-share (EPS) growth in 2017. With global EPS rising by about 16% in 2017, a full repeat seems unlikely next year due to tougher year-on-year comparisons. However, global EPS could still rise by an additional 10% next year. With global equity markets strongly correlated to earnings, this could imply similar gains for global equity markets.

The U.S. tax bill has been passed by both the House and the Senate, and is now in the hands of lead negotiators finalizing the details in conference. Based off past legislation that has entered the conference phase, there is a very high chance that the bill will ultimately be signed into law. However, many details are still up in the air. Most notably, negotiators must determine whether the corporate tax cut will occur in 2018, or be delayed until 2019, with the two separate bills currently split on when the cuts take effect. There is some potential that agreement on a few of these final details could disappoint observers and weigh on market sentiment.

The success (or failure) of the tax bill will have a significant impact on corporate earnings growth in 2018. If the statutory corporate tax rate is cut from 35% to 21%, rule-of-thumb calculations suggest that S&P 500 earnings could grow by 13% next year. Absent tax cuts, 6% to 7% EPS gains may be more realistic. Either scenario should result in positive equity gains for the S&P 500 in 2018, but the strength of gains will clearly depend on the final details of the U.S. tax legislation. With regard to the broader state of the national economy, the expected tax cut stimulus and hurricane-related government spending could cause growth to accelerate from 2.3% in 2017 to 2.7% in 2018.

Looking back on the past year, 2017 may have been the year that the Federal Reserve achieved its “full employment” mandate with the unemployment rate at just 4.1%, the lowest level since December 2000. However, it remains to be seen whether the Federal Reserve can also achieve its second mandate of “price stability.” With inflation up just 1.6% year-on-year, the rate remains below the Fed’s desired target of 2.0%. While the Federal Reserve is projecting three additional rate hikes next year, it will largely be dependent on whether the inflation rate meets expectations. If inflation falls short of the Fed’s stated goals, it’s possible that the hikes will occur at a slower pace than projected. Either way, the financials sector looks poised to eventually benefit from higher rates and less strict regulation.

Upside surprises may be harder to come by

The impressive equity market returns and low levels of volatility in 2017 certainly took many by surprise, with global economic data beating expectations by the widest margin since 2010. While this solid momentum looks likely to continue into 2018, investors’ expectations are now elevated. Given the scars that were inflicted during the Global Financial Crisis, it may still take some time before investor sentiment becomes truly euphoric, but investors should maintain realistic expectations heading into 2018 given that we have lost the “element of surprise.”

There is also the potential for negative surprises. A military conflict with North Korea, rising tensions in the Middle East, an unexpected slowdown in China, or a lapse in trade negotiations could each cause negative market reactions. Importantly, we do not see these events as likely to occur, but investors would be well-served to be mindful of such risks. We would also remind investors that the best time to review portfolios is during a period of relative calm. Given the strength of returns over the past 12 months, we can think of no better time than now.

Shawn Snyder is head of Investment Strategy for Personal Wealth Management at Citibank. The views expressed here do not necessarily reflect those of Citi.