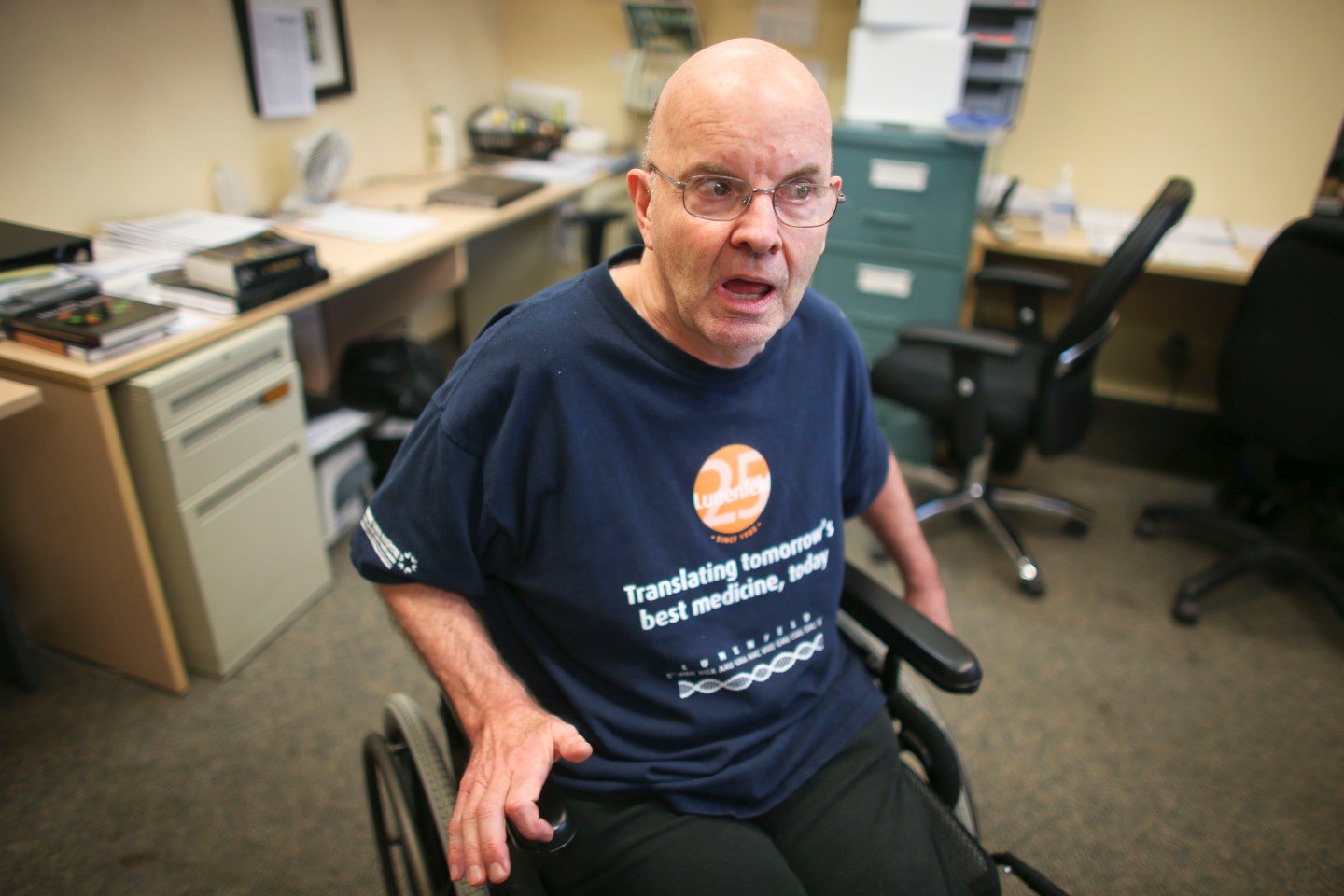 An experimental injectable drug from Ionis Pharmaceuticals is one of the first to show potential in treating the root causes of Huntington’s disease, a devastating and fatal rare genetic disorder that causes nerve cells in the brain to break down. But the treatment is still in its earliest stages, researchers caution, and much larger clinical trials will need to be done to prove it can truly help reverse patients’ disease.

Ionis Pharmaceuticals stock remained relatively flat in Monday trading despite success in an early stage study of it’s Huntington’s drug, Ionis-HTTRx. The treatment is part of a new class of therapies that aims to “silence” certain genes in order to prevent the production of toxic proteins that can cause disease. Muted investor response aside, the results (called “groundbreaking” by lead researcher Sarah Tabrizi of the University College London) prompted Swiss pharmaceutical giant Roche to exercise its licensing option for Ionis-HTTRx.

“The key now is to move quickly to a larger trial to test whether Ionis-HTTRx slows disease progression,” said Tabrizi in a statement. That is, it remains to be seen whether the treatment’s reduction of the Huntington’s-associated toxic protein can slow or reverse the mental and physical decline wrought by the disease. (Other diseases present the same big question—for instance, whether or not eliminating amyloid plaque buildup in the brain can reverse or stave off the effects of Alzheimer’s disease.)

Still, the reduction in the protein is notable, according to Huntington’s specialists and patient advocates, especially since existing Huntington’s therapies only tackle its symptoms rather than its causes. And the general field of “gene silencing” has recently been on a tear given its promise to address genetic diseases at the genomic level. For instance, Alnylam Pharmaceuticals’ own patisiran has driven the company’s stock up more than 250% this year thanks to strong, later-stage clinical trial results.