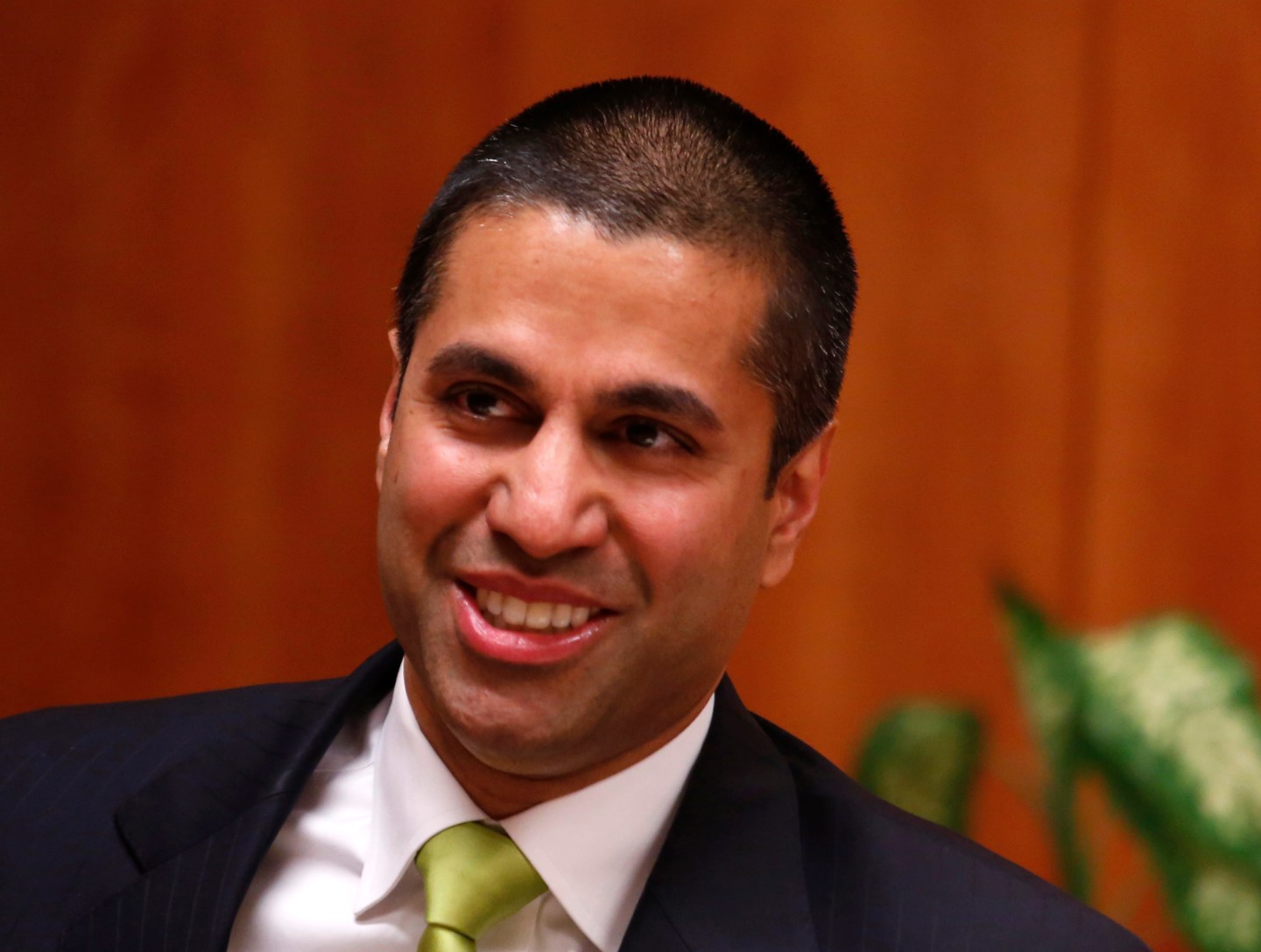 At the Federal Communications Bar Association dinner on Thursday, Federal Communications Commission Chairman Ajit Pai introduced a comedic sketch in which he and a Verizon executive hatch a plot to corrupt the regulatory process by installing a “Manchurian candidate” — Pai himself, a former Verizon lawyer — at the agency. The annual dinner is comparable to the White House Correspondent’s dinner, with the Chairman given the tough job of roasting himself, his agency, and his industry. But net neutrality’s many supporters may find the joking less than amusing.

Video of Pai’s presentation was captured on a cell phone by an attendee, and shared with Gizmodo.

Pai kicked his speech off by joking that “we only have seven more days to use the internet,” referencing dire predictions about the consequences of the scheduled December 14th FCC vote to repeal net neutrality rules. Then, at about the 20 minute mark of his presentation, Pai said that “Many people are still shell shocked that I’m up here tonight. They ask themselves, how on Earth did this happen?”

Pai, mock-contrite, then said that just before the dinner, someone “leaked a 14-year-old video” that helps explain his ascent to the FCC chairmanship.

Pai then played a taped sketch purporting to show a 2003 conversation between Pai and a Verizon executive, apparently played by real-life Verizon Senior Vice President Kathleen Grillo. The executive tells Pai that “as you know, the FCC is captured by industry, but we think it is not captured enough.”

“Capture” is the term for companies installing or influencing friendly regulators in the agencies that oversee them, and Pai’s critics have accused him of being a perfect example.

“We want to brainwash and groom a Verizon puppet to install as FCC Chairman,” she continues. “Think ‘Manchurian candidate.'”

“Right?” agrees the executive. “There are only two problems — this is going to take 14 years to incubate, so we need to find someone smart, young, ambitious — but dorky enough to throw the scent off.”

“So, you will do it?” the executive asks.

For industry insiders at the dinner, this seems to have been taken as good fun. But Pai’s joking is likely to further stoke the rage of net neutrality advocates — including the dozens of protestors outside the dinner itself — who may see them as downplaying a deeper truth. Obama-era net neutrality rules prohibit internet providers from making some parts of the internet easier to access than others, and critics say their rollback would primarily benefit broadband providers like Verizon, while potentially harming small internet firms and democratic discourse itself.

Internet companies large and small oppose the rollback. Pai has failed to cooperate with an investigation into a mass of fake comments submitted as part of the public comment process. Pai’s agency has simultaneously argued that the fake comments make it less important to respond to public opinion on the issue, despite polls showing broad support for net neutrality, including among Republicans.