Subaru Unveils the Ascent, Its Biggest SUV Yet 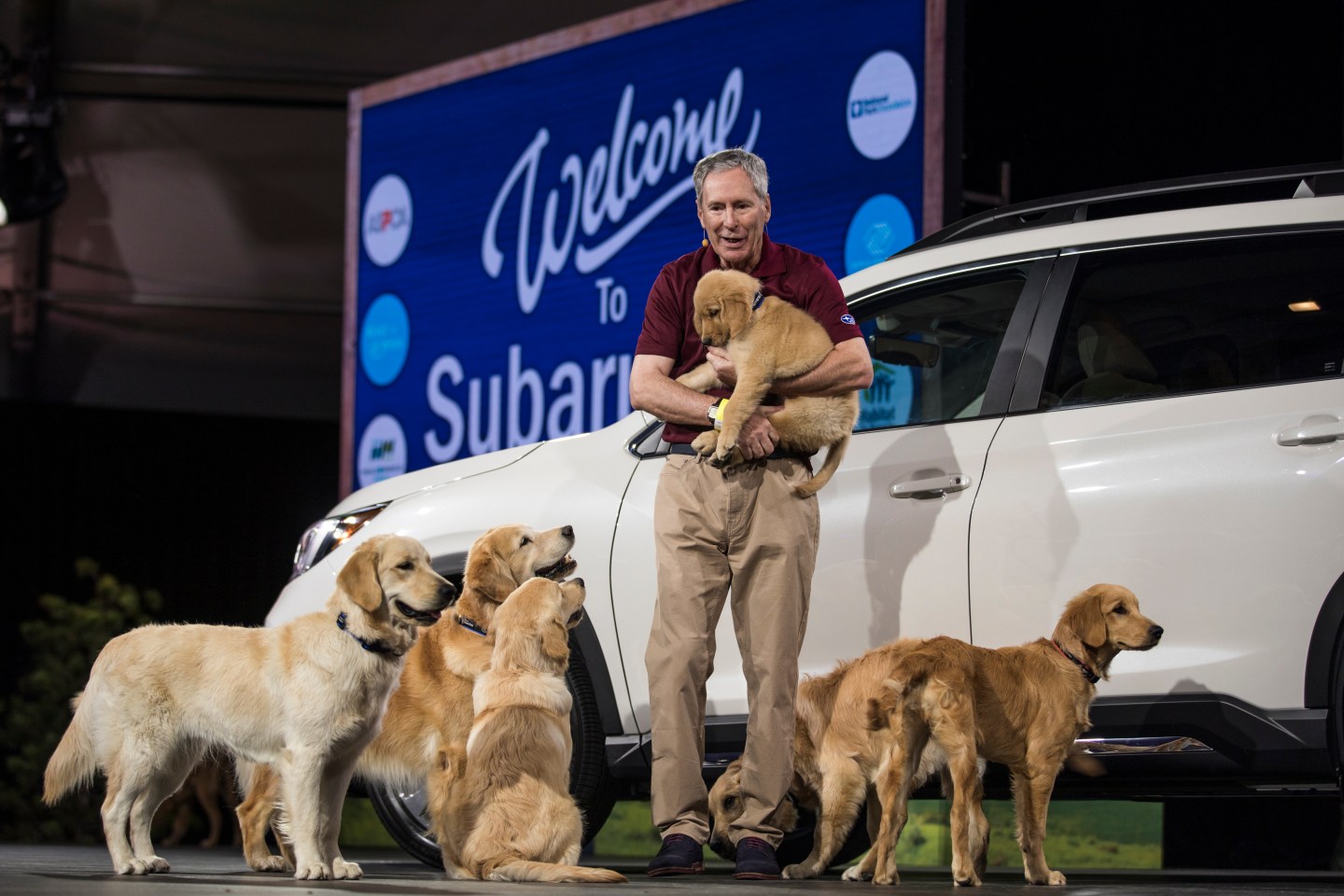 Subaru stayed true to its brand and its customer base Tuesday when it used a family of eight Labrador and Golden Retriever dogs to debut its three-row 2019 Ascent SUV. The vehicle will go on sale in summer 2018 and the base price will be in the “low $30,000s.”

Subaru of America unveiled the new SUV at a press event ahead of the LA Auto Show that highlighted “The Barkleys,” the dogs featured in the company’s advertising campaigns. The dogs appeared to be driving. Seven of them then exited the vehicle and greeted Subaru of America president and chief operating officer Tom Doll. He then turned back to the SUV and grabbed out the “little guy,” a puppy.

Subaru, which is owned by Japanese parent company Subaru Corp. (formerly named Fuji Heavy Industries), has mastered the art of pulling on consumer heartstrings with ads featuring dogs. And they’ve focused on canines for good reason: more than half of Subaru drivers are pet owners, with over 48% of them owning at least one dog, according to the company.

The Ascent is the largest vehicle the company has ever built. It fits eight passengers in three rows. The SUV, which has a new 2.4-liter turbo engine and is all-wheel drive, comes in a variety of trim levels. Some of those versions include an option for second row captain-style chairs.

The Ascent is among the first round of next-generation Subaru vehicles—from its sedans and crossovers to its gas-powered and future all-electric cars—to be built on a global platform. The 2017 Subaru Impreza was the first of such vehicles.

To be produced at the company’s factory in Lafayette, Ind., the Ascent has driver assistance features on every trim level and features Android Auto and Apple CarPlay, two rival software services that let the driver or passengers bring the functions of their smartphone into the vehicle’s central screen.

The Ascent is an important vehicle for the company, which has enjoyed a loyal base of customers who own the Subaru Outback, Forester, Impreza, WRX, and Crosstrek. It marks the company’s entry into the mid-sized SUV segment and could boost sales even further.