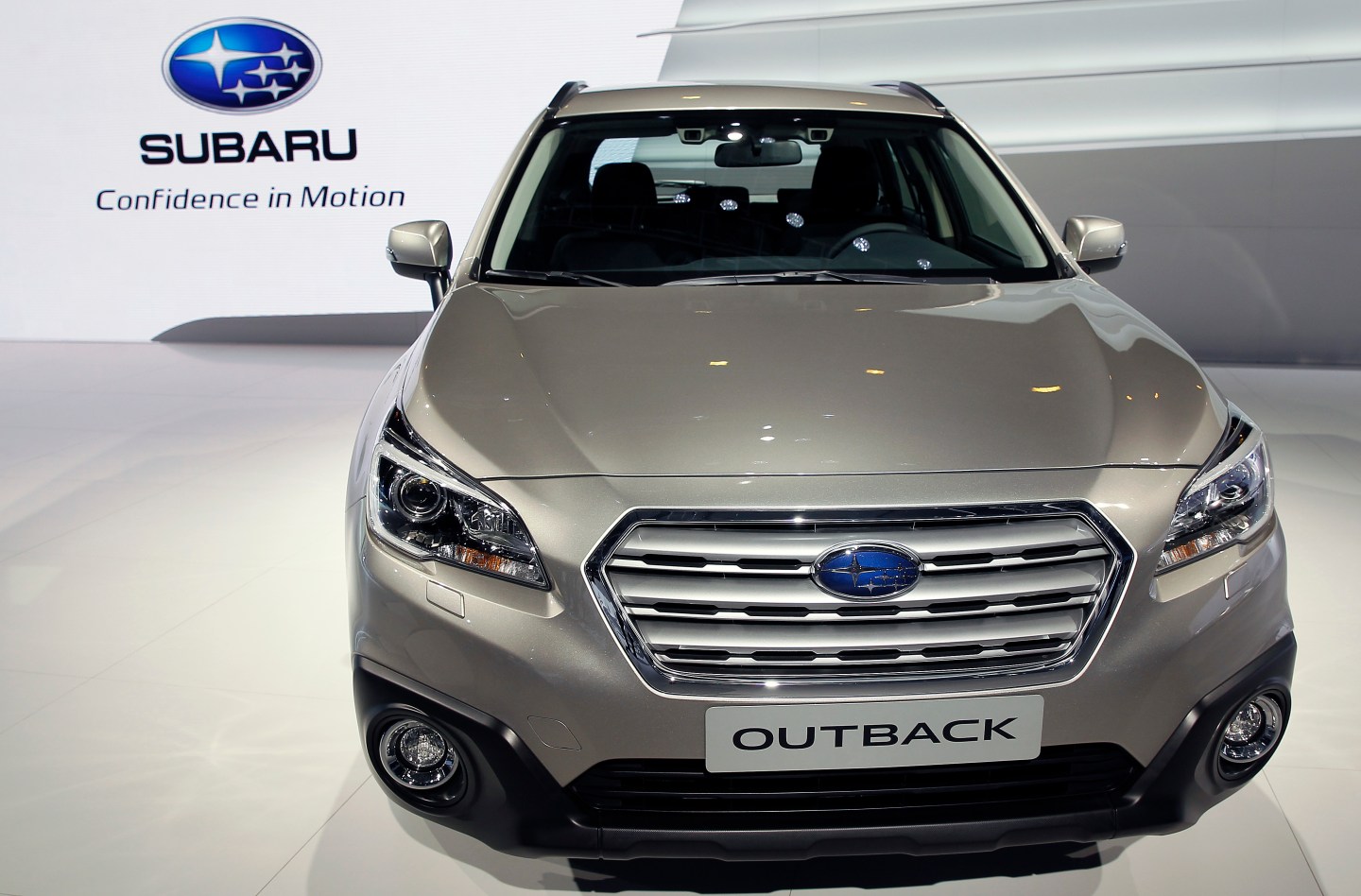 A Subaru Outback is presented during the press day for the 85th Geneva International Motor Show on March 3, 2015 in Geneva, Switzerland.
Photograph by Getty Images

All of Subaru’s next-generation vehicles—from its sedans and crossovers to its gas-powered and future all-electric cars—will use the same design platform. The 2017 Subaru Impreza, which is expected to hit dealerships by the end of the year, will be the first car to feature the global car platform.

The move, which was announced on Monday by Subaru’s parent company Fuji Heavy Industries, is an approach used by a growing number of automakers in the hopes of reducing manufacturing and engineering costs as well as to become more nimble, and ultimately, more competitive. It’s the cornerstone of Subaru’s long-term plan to reach global sales of 1.1 million vehicles by the end of 2020.

For instance, Subaru says it will be able to produce platform components for multiple models in the same production facility, rather than manufacturing them in different factories as has been the case in the past. The new common design platform should also make it easier for the company’s two factories in Japan and its U.S. plant in Indiana to carry out production of multiple different models on a single line.

Subaru’s new platform was designed to improve stability and comfort while reducing noise and vibration. It’s likely to make for a zippier-feeling drive because it has a lower center of gravity, increased rigidity, and improved suspension system.

Subaru even had autonomous driving in mind when it developed the new underlying platform. The company says these kinds of performance and handling improvements will be necessary to achieve the enhanced straight line stability required in autonomous vehicles.