Can You Pass This Investor’s 3 a.m. Test? 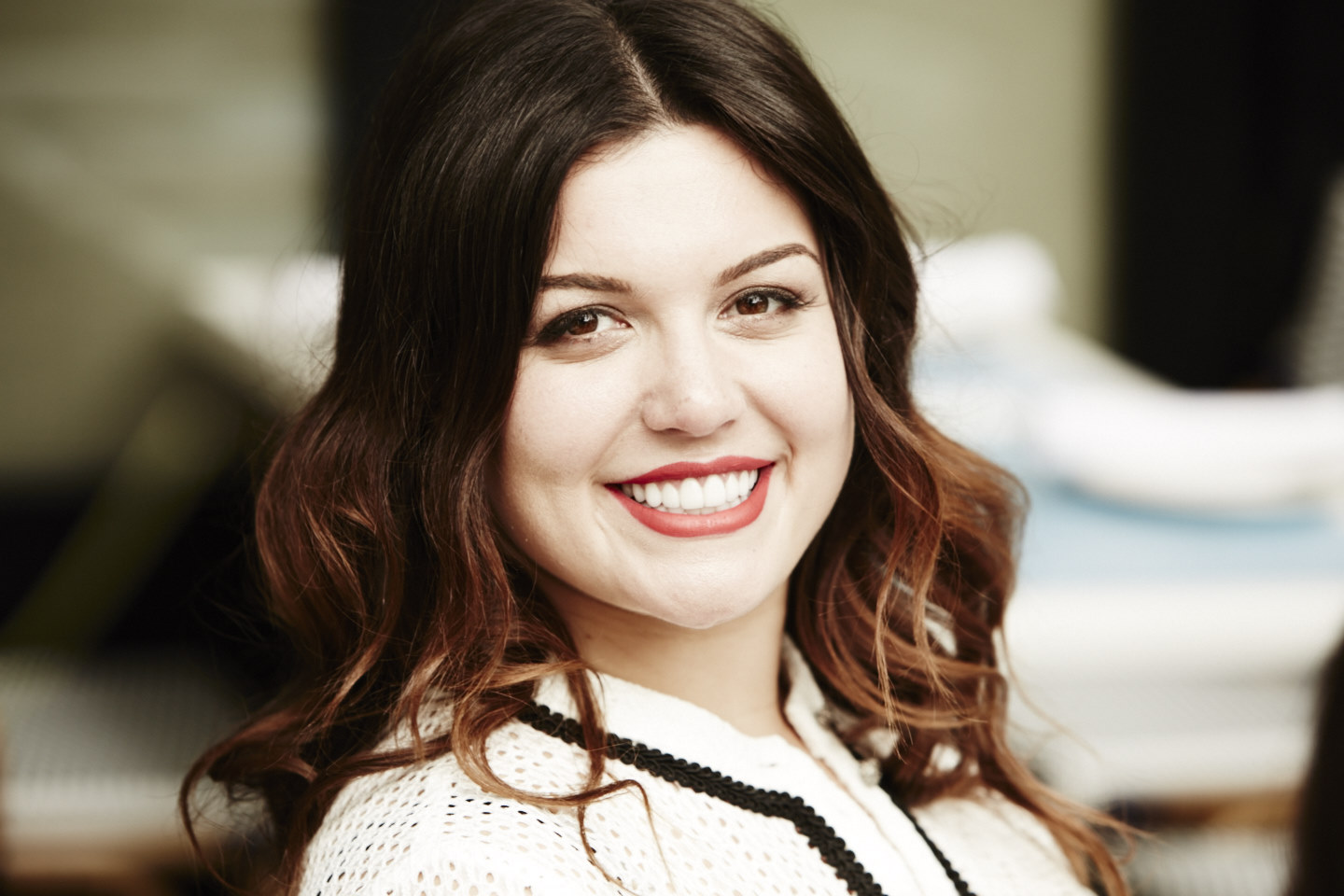 In a conversation with Fortune, Scotti discusses how her operating experience has helped her investment strategy, why she tells founders to call her in the middle of the night, and what “whisper networks” have done in the Valley.

FORTUNE: You’ve had an interesting career path starting in fashion, then building companies, and now investing. How has your operating experience affected your investment decisions?

SCOTTI: I feel lucky to have had experience as an operator for the past 17 years. I can spend a lot of time in the trenches with entrepreneurs helping them solve day-to-day problems. The ideas and challenges they talk about with me are not theoretical, but they are more actionable as they are based on my own experiences. It allows me to be very hands-on and have empathy for founders’ situations in a way that a lot of other investors can’t.

You tell founders they can call you at 3 a.m. Why then?

SCOTTI: I call it “The 3 a.m. Principle.” When we’re looking at an investment that I’m planning on leading internally, I try to think about it at 3 a.m. In other words, if this founder was to call me in the middle of the night right now, do I want to pick up the phone for them? If it’s something I’m jumping out of bed for when I’m most exhausted, it passes the 3 a.m. gut check. If I’m not going to wake up for you at 3 a.m. then I really shouldn’t be working on your business.

The reason I think about this so much is that I spend half the time in San Francisco and the other half in New York. That means no one ever really knows where I am. So if you call me at midnight when you are still working or you call me at 6 a.m. when you get up, there’s a pretty good chance you’re getting me at 3 a.m. My phone is constantly ringing in the middle of the night with entrepreneurs who want to throw the ball around on a challenge they’re having that they’re really worried about. I want to be that investor that when they’re having a problem, they’re not hiding from me. I want them to be comfortable enough to call for help.

Do you think your colleagues get the same calls?

SCOTTI: It’d be really funny to do an informal survey of this. I think I get more of these than my male counterparts for two reasons. One, as a woman, I’m a bit of a softer landing. I’m a warm person, and that changes your relationship with people a lot. I’m also Italian, and I think that kind of gives you a general warmth — I’ll take your call and I’ll probably make you a meatball or something. And two, because of my experience as an entrepreneur, they know that I’ve probably been in that situation before.

You’ve previously said that you actually like being the only woman in all-male rooms. Can you elaborate?

SCOTTI: People talk about the challenge of being one of very few women in this industry. I actually think that a lot of the time it’s a great benefit. For one, you’re highly memorable as the only woman in the room. In this industry, so much deal flow comes from the fact that founders remember you’re a person they should be reaching out to and that you’d be a good partner. It’s very easy to remember one of very few women in a sea of hundreds of men. Additionally, as women, we have a very different view on being consumers than men. We consume much of what you would think of as male-dominated purchases, like automobiles for instance. We have a unique perspective as purchasers, which is a huge benefit as investors in consumer businesses.

On the flip side though, do you think venture capital needs more female VCs?

SCOTTI: Oh, yes. We definitely need more female VCs, and I’m always trying to bring up other women in this industry. I always say, half in jest, that all the smart girls need to stick together. I look for ways to partner and work with other female entrepreneurs and investors. I’m very lucky to have incredible female entrepreneurs in our portfolio solving huge problems and I’m really proud of that.

Female founders received 2% of all venture funding last year. What needs to happen for this stat to change?

Women need to build companies that solve our problems. I think for a long time, men have been building companies they believe solve the problems of women. Look at the way CPG companies have been speaking to women for 50+ years. You look at a tampon box, and it’s got a woman playing volleyball in white pants on it — this tone is condescending and off the mark for where we are today. It’s very obvious to me that a woman didn’t make that ad.

Explain the difference in tone. Why is it condescending to see an ad of women playing volleyball in white pants?

SCOTTI: Because you know that’s A) not how you feel on your period and B) that’s not what you’d be doing on your period. It’s just a little bit silly. The tone of these commercials and products is very much about hiding your period versus feeling empowered.

I’ll use Monthly Gift as an example. It’s a company that marries technology (a period tracker and fertility app) to a CPG product (tampons and liners) that we all use every month in a way that is uplifting rather than condescending. The way Monthly Gift speaks to women is empowering and honest, and I think that’s why people are drawn to our product.

Based on every pitch you heard in 2017, which emerging trends have stuck out to you?

SCOTTI: I see a lot of pitches that address the convenience problem, or “non-problem” as I say, in healthcare. I focus on issues that are more cost-based. A good example of that in our portfolio is Blink Health, which is lowering the price of prescriptions. I think the prescription marketplace is totally broken and an area that I’ve been focused on and involved in since about 2011. Blink Health is creating transparency and rocking an industry in a way that hasn’t been done before. A lot of these drug delivery platforms and convenience-focused startups really exemplify privileged, young entrepreneurs focusing on issues that they see. If you study the space, you’ll quickly see that convenience is not really a problem in healthcare. It’s really about cost.

Sexual harassment allegations have recently come to the forefront in the venture community. How can people address and solve this problem?

SCOTTI: Obviously this has been a huge problem for a long time, and I think it’s great that it’s more front and center right now and that women have more of a platform to talk about the issues they are encountering.

Women have been passing along information about who to work with and who to avoid via this so-called “whisper network.” For a long time, women survived on gossip, frankly. We warned each other in a hushed tone — “don’t work with that guy” or “work with this guy because he’s safe.”

Now, with stronger reporting structures for these issues, we’re able to better report sexual harassment and abuse as we encounter it. Obviously, the onus is still on the women to report these issues, and from my own experience, that can be really scary. But I think it’s a better time now than it has been in the last 30+ years to push your challenge out in the real world instead of hiding it in a whisper network. As we have more women in venture and more female founders, I think that’s the only way we’ll see the break-up of the boys club.

You were an adviser to the firm back when it was Formation 8. During that time, founder Joe Lonsdale ran into allegations of his own. (All accompanying legal claims against Lonsdale have since been dropped.) Is there anything you and the firm do differently in your process as a result of that experience?

SCOTTI: Those allegations were pretty quickly dismissed. They were egregious and untrue. I was just an adviser during the F8 days, but the same was true then as it is now — we treat all founders that come in and pitch us with the same respect. That’s a point that is really important to us. We don’t treat our founders differently based on gender. For us, the playing field is level.

In terms of sexual harassment, I think there’s a clear way to report issues if you’re having them. If a female founder was having a challenge, like many other female founders that aren’t in our firm but are friends and colleagues of mine, they would reach out to me for help. I’m a woman and a partner, and I have to believe that would make reporting an issue a softer landing.

SCOTTI: The best advice anybody’s ever given me is to not let someone else determine what value I’m capable of adding. Because my background is not in finance or as an investor, I think that going into launching 8VC and walking into my first pitch meeting, or doing my first diligence, I thought I was going to have to overcome a real hurdle in the finance end of investing.

Rather than let other’s expectations of you and your abilities define what you see as your struggles, it’s up to you to believe in the power of your own ability. With the exception of a few rare people who really support you, most people will try to keep you in a box that creates value for them. I’m lucky to have partners who believed that I could do this despite my unconventional background. You shouldn’t let other people determine your value.