The U.K. Is Spending $4 Billion Just to Get Ready for Brexit 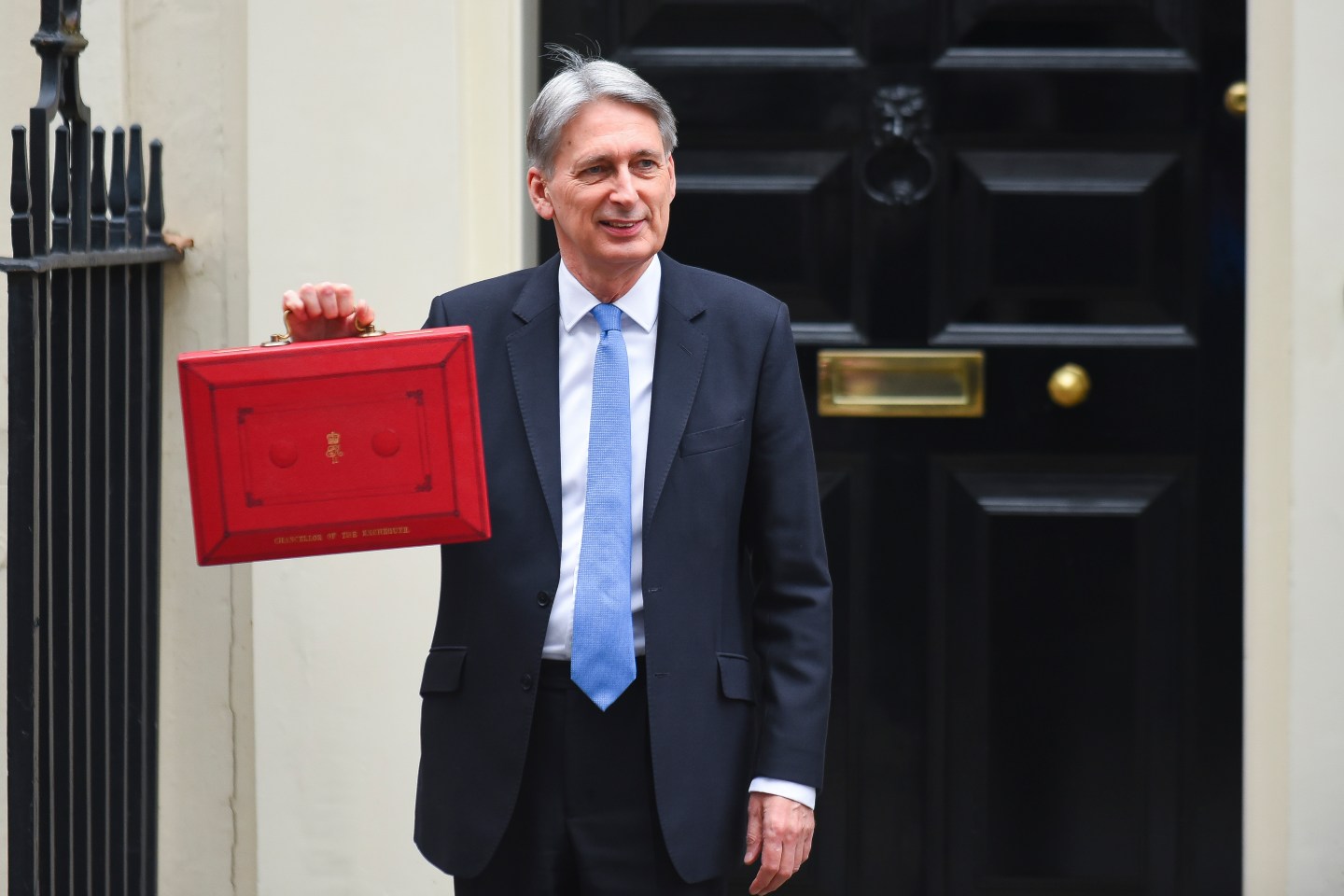 Britain's Chancellor of the Exchequer Philip Hammond holds the red case as he departs 11 Downing Street to deliver his Budget to Parliament, London on November 22, 2017. The conservative government is continuing with its aim of reducing the deficit and balancing the books as the UK negotiates its departure from the European Union. (Photo by Alberto Pezzali/NurPhoto via Getty Images)
NurPhoto NurPhoto via Getty Images

The U.K. is setting aside 3 billion pounds ($3.98 billion) on preparing for Brexit over the next 18 months—and that’s just before it pays the EU a penny in its controversial ‘divorce settlement’.

Treasury chief Philip Hammond outlined the new provisions in his annual budget statement to the House of Commons Wednesday, and said he would allocate “more if necessary.”

The move is a nod to those in the ruling Conservative Party who are pressing Prime Minister Theresa May to take a hard line on Brexit. They argue that without proper (and expensive) preparations for the reintroduction of borders, such as customs points and truck parks, the U.K. has no fall-back position if it can’t agree a settlement with the EU.

“The government does not want or expect to leave without a deal, but while it seeks a new partnership, it is planning for a range of outcomes, as is the responsible thing to do,” Hammond told Parliament.

Read: The U.K. Is Too Busy Fighting With Itself to Negotiate a Brexit Deal With the EU

The EU has refused to talk about future trading arrangements with the U.K. – even on a two-year ‘transitional’ arrangement proposed by May – until there is “sufficient progress” on the divorce settlement. That in turn depends on agreeing how much the U.K. owes for past and future commitments to EU spending, from infrastructure projects to the pensions of former EU bureaucrats.

But the U.K. needs to make quicker progress on trading arrangements if it wants to persuade businesses such as Goldman Sachs or Airbus not to start moving to the Continent to avoid new barriers to trade and investment. Goldman CEO Lloyd Blankfein has been taunting the U.K. government over Twitter in recent weeks about how he’s getting ready to spend more time in Frankfurt after Brexit, as well as gently nudging the country to have a second referendum in case it wanted to change its mind.

Earlier this week, May reportedly won the backing of her fractious party to raise her offer on the divorce settlement to around 40 billion pounds, although the Prime Minister’s office hasn’t confirmed any figures. The idea is to make a formal offer that the other 27 EU heads of government can – so she hopes – accept at a summit on Dec. 15.

Read: Thousands of Drugs Are at Risk if Britain Leaves the EU Without a Brexit Deal, Companies Say

Hammond’s commitment to find the funds for Brexit preparations stands in sharp contrast to promises made by the Leave campaign before last year’s referendum, which had assured Britons that leaving the EU would leave the country with hundreds of millions of pounds more a week to spend on other priorities such as its rickety National Health Service.

However, Hammond’s budget reflected that the outlook for the U.K.’s economy has darkened since the referendum, even as the rest of the world economy is expanding at its fastest pace since 2007. The plans Hammond presented were based on forecasts by the Office for Budget Responsibility (the equivalent of the U.S.’s Congressional Budget Office), which revised down its forecasts for growth, investment and productivity over the next five years.

No-one at the Treasury was immediately able to break down the 3 billion pounds committed by Hammond, but obvious calls on the public purse include investment in new customs points and officers, increased staffing to handle migration issues, and new regulatory agencies to do the work currently done at EU level.