SoftBank Backing May Nudge Uber Into the Southeast Asian Market 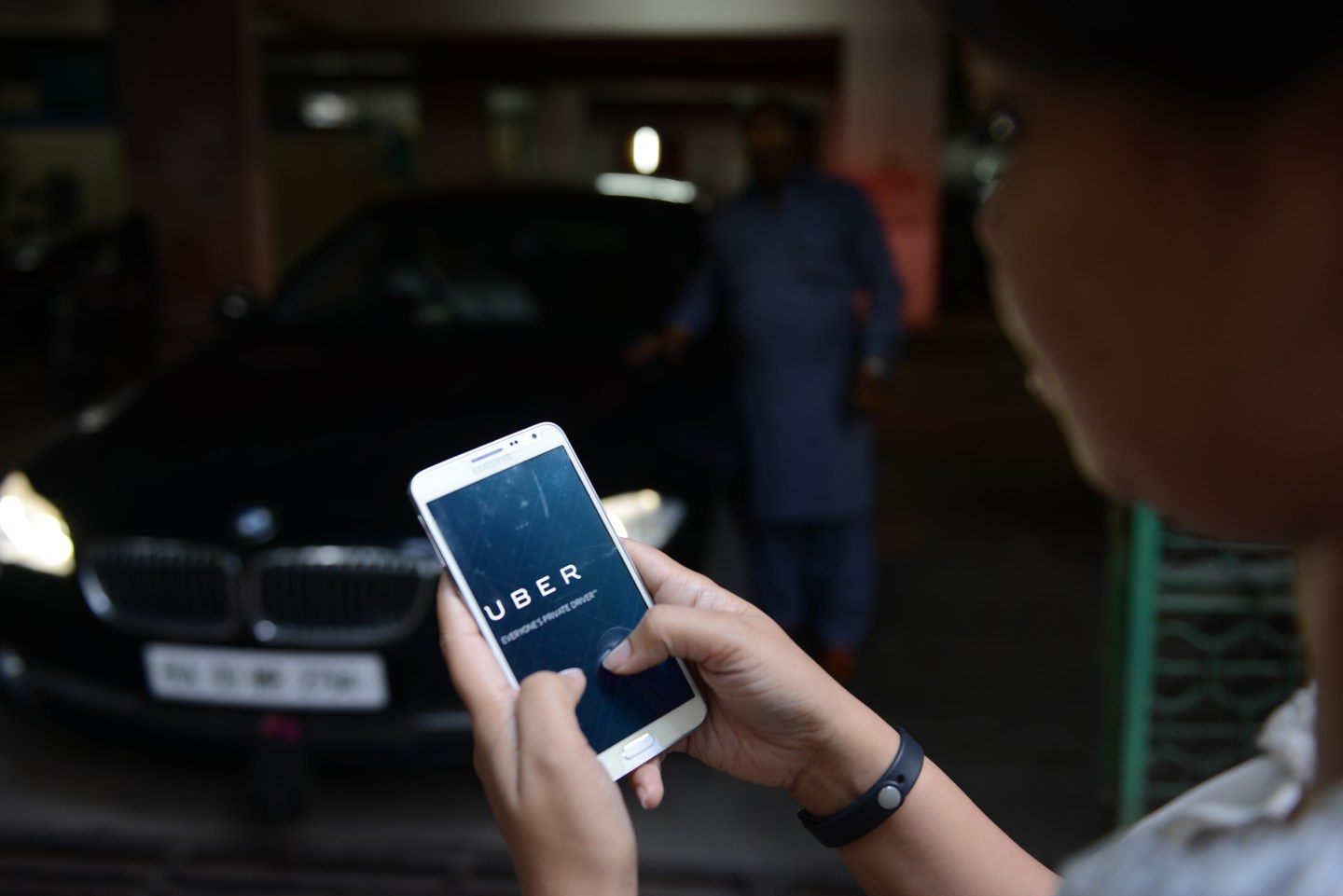 SoftBank Group’s (SBHGF) multi-billion dollar investment in Uber Technologies (UBER) opens up the possibility of combining it with other ride-hailing assets the Japanese group owns in a consolidation of a rapidly growing business across Asia, industry sources say.

Uber Technologies said on Nov. 12 that a planned deal with a consortium led by SoftBank and Dragoneer Investment Group was moving forward. The consortium plans to inject $1 billion to $1.25 billion into Uber, and buy up to 17 percent of existing shares in a secondary transaction.

SoftBank has also been a big investor in Uber’s rivals across Asia, including Southeast Asia’s Grab (GRABTAXI), China’s DiDi Chuxing (DIDI-KUAIDI), and India’s Ola (OLACABS), as it works to achieve founder Masayoshi Son’s vision of a future driven by artificial intelligence and interconnected devices.

At the same time, ride-hailing companies have been competing fiercely across Asia to attract both riders and drivers, with discounts and promotions that have driven down profit margins.

“SoftBank will play a consolidating role,” said a source close to Singapore-based Grab. “SoftBank as a board director in both companies (Uber and Grab) would fundamentally change the conversation.”

The source declined to be named due to sensitivity of the subject.

SoftBank and Grab declined to comment for this story.

At $68 billion, Uber is the most highly valued venture-backed company in the world. But the lofty valuation has come at the cost of a heavy hit to Uber’s bottom line, which the firm has said was necessary to establish itself in new markets.

“Doing a deal and combining the two businesses in Southeast Asia makes a ton of sense,” said the source close to Grab. “He (Uber’s CEO) cuts his losses and gets a stake in the business that is from his perspective more than just ride-sharing,” the source said, referring to Grab’s foray into other markets for digital or cashless payments.

Any deal will likely be similar to the one Uber struck with DiDi last year, in which it took a stake in the Chinese company and pulled out its own business, the source said.

It’s not clear whether SoftBank has discussed or proposed any deal with Grab with Uber’s directors. The SoftBank investment into Uber has not yet been finalised.

Uber declined to comment but pointed to a statement by Uber’s new chief executive Dara Khosrowshahi at the New York Times DealBook conference earlier this month, saying the company “is in a very strong competitive position” in every market he has learned about. “To the extent that we have a competitor and we’re spending the same amount on incentives, we tend to gain share because our product, or brand, or services are just better.”

But Khosrowshahi acknowledged the challenges Uber faces in Southeast Asia, saying the market is “over-capitalized at this point”.

“We’re going in, and we’re leaning forward. But I’m not optimistic that market is going to be profitable any time soon,” he said. People close to the SoftBank and Uber deal told Reuters many stakeholders would like to give the competition in Southeast Asia more time to play out, given the appeal of cheap labour and a growing middle class with disposable income in the region.

However, shutting down Uber’s Southeast Asia operations to cut losses would enable the firm to “print money,” making for a much more palatable IPO, said one Uber investor, who declined to be named. Uber says it plans a stock market listing in 2019.

While many tech firms go public without a profit, Uber’s level of loss— $645 million in the second quarter this year— could be alarming to some investors.

Vinnie Lauria, a founding partner at venture capital firm Golden Gate Ventures, which has invested in over 30 firms across Asia, said he, too, thinks Uber will pull out of Southeast Asia.

“I can’t say with certainty, but I feel fairly confident that after this (SoftBank-Uber) transaction, we would see Uber sell off their Southeast Asian operations to Grab or (China’s) DiDi.”

Grab was the top-ranked ride-hailing app in combined monthly active users on iPhone and Android phones in the first half of 2017 in Malaysia, Philippines, Singapore, Thailand and Vietnam, according to mobile data analytics firm App Annie.

In Indonesia, Go-Jek outranks both Grab and Uber.

After folding its China business into DiDi last year, Uber sharpened its focus and resources on India and Southeast Asia, the latter a promising market of nearly 650 million people, many of whom are young and tech-savvy.

But Uber has struggled in Asia, having run-ins with some local regulators, including more recently in the Philippines, and seeing a slew of exits by senior executives in Indonesia, Malaysia, Vietnam and India.

Last week, Uber said its chief of policy for India and South Asia had quit in another blow to the firm’s efforts to improve relationships with governments.

Brooks Entwistle, Uber’s recently appointed chief business officer of Asia Pacific, told Reuters he was looking at the long term in Southeast Asia. His priority is to collaborate closely with regulators, fill senior positions and partner with traditional taxi companies, he said.

Grab, meanwhile, bolstered by its financing from Softbank and DiDi, has expanded from ride-hailing to other digital payment solutions as it looks to use its platform for financial services such as lending.