Would You Lock Your Dog in This Box? Owners Are Divided 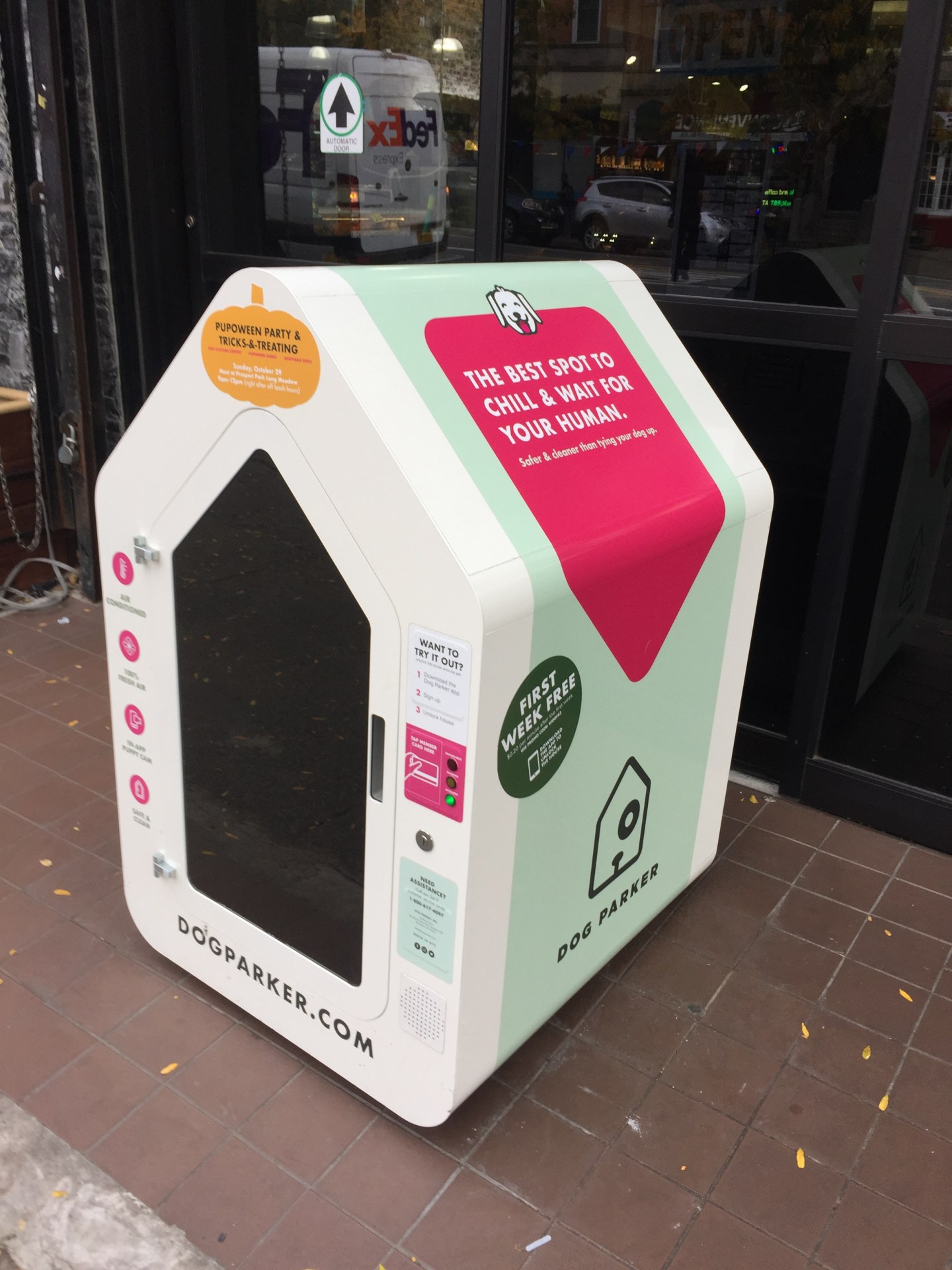 In small towns, people will tie up their dog when they go into a store. But many urban dog owners are reluctant, fearing their pooch will become anxious or that someone might abduct their beloved pet.

This led one entrepreneur to create a surprising solution: Climate-controlled boxes, like the one seen here, where dog owners can park their pets for 20 cents a minute and keep track of them with a “puppy cam.” There are now dozens of these boxes on the sidewalks of New York.

The big question is if anyone is using them. I’ve wondered this after passing vacant “Dog Parkers” on numerous occasions, and hearing friends say they would never use one. Indeed, the sight of an occupied box was enough for someone to call attention to it on social media:

Holy shit, someone really did it pic.twitter.com/z0v58bGWol

Meanwhile, the New York Times staked out a Dog Parker on a busy Brooklyn street for three hours without seeing anyone use it. Some passing dog walkers told the paper they disliked the idea of confining their animals this way, while others said the concept was fine—just not for their dogs.

Chelsea Brownridge, the co-founder of Dog Parker, has a different take. In emails to Fortune, she said the most popular locations, which are outside grocery stores, get six to 10 visits a day and that the visits are usually five to 15 minutes. She added that people may be failing to notice when they are occupied. Brownridge explained:

We monitor every session from HQ so we see the pups all the time :) The average trip to the houses is short—less than 15 minutes, and for some of our regular morning users grabbing coffee on the way home from the dog park, as little as 3-4 minutes—so the likelihood you walk by (and look*) at the exact same time as a session is going on is just a matter of timing. Kind of like mail boxes.

Brownridge added that customer numbers jumped this fall after Dog Parker dropped its $25 sign-up fee and began offering a free one-week trial. Following an initial trial period, the company recently expanded to 45 locations and its web site says it envisions Dog Parkers in “every walkable city.”

The company has received $1.5 million in seed funding from a VC firm and angel investors and, as is typical for an early stage startup, doesn’t disclose revenues. But based on Brownbridge’s accounts and the anecdotal evidence, it’s hard to see how the business model adds up given the apparently infrequent use of the Dog Parkers.

The company may also face an insurmountable challenge in that New Yorkers are too obsessed with their dogs’ safety to tie them up—and also too worried about the animals’ mental well-being to put them in a rental house.

If I put my dog in there, he'd immediately run away afterwards and find a new human.

As for the dogs themselves, an informal poll of household canines revealed many would prefer to just stay put inside:

You can find out more about Dog Parker, including how the company keeps the boxes clean, on its FAQ page here.