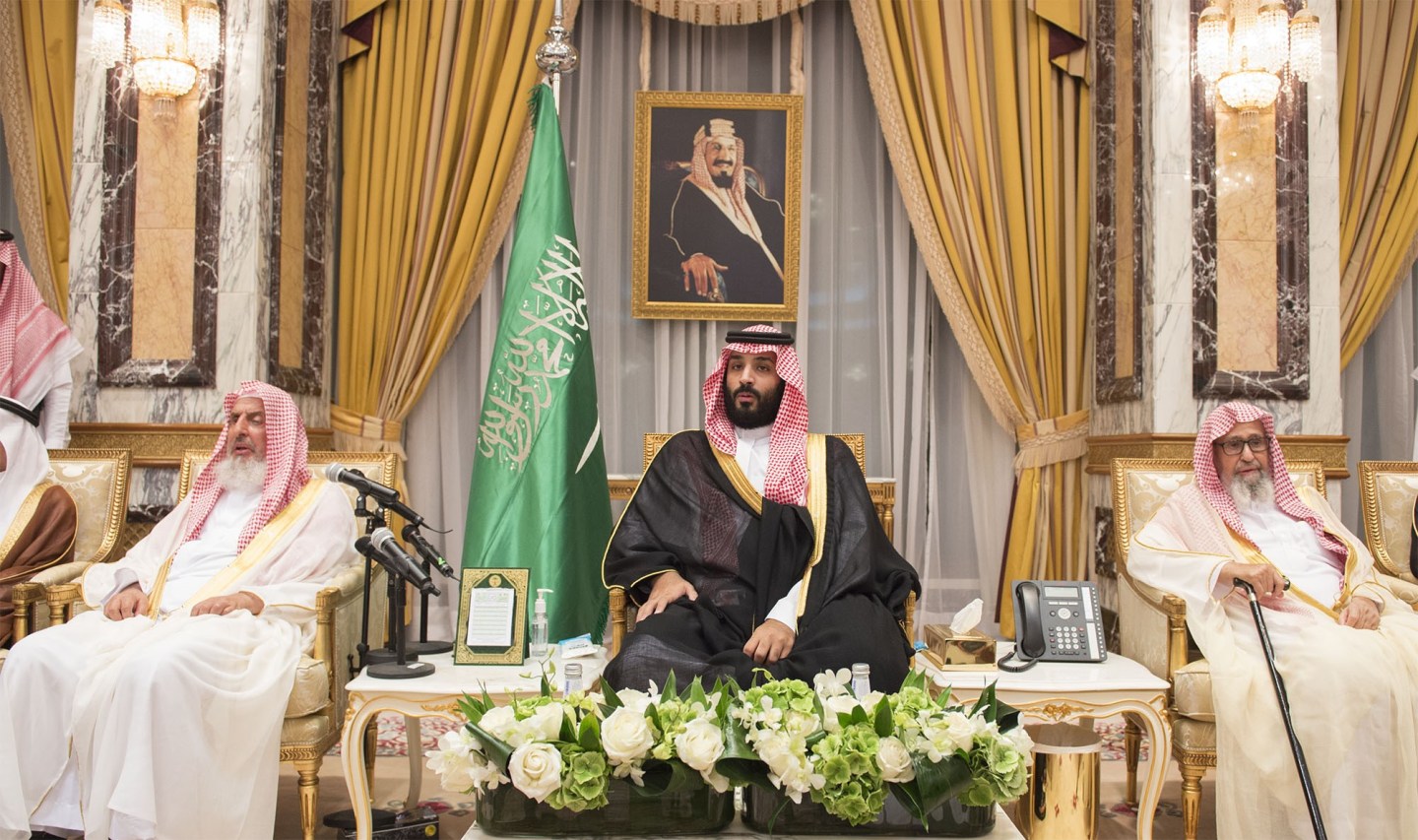 U.S. President Donald Trump on Monday endorsed a move by Saudi Arabia’s future king that tightened his grip on power through the arrests of royals, ministers and investors in an anti-corruption purge.

The endorsement cemented a U.S.-Saudi relationship that has improved dramatically under Trump’s presidency, partly because of both leaders’ vision of confronting Riyadh’s arch-rival Iran more aggressively in the region.

Trump tweeted on Monday that he had “great confidence in King Salman and the Crown Prince of Saudi Arabia” following the mass arrests – the biggest such purge of the kingdom’s affluent elite in its modern history.

Trump also tweeted that “they know exactly what they are doing,” adding: “Some of those they are harshly treating have been ‘milking’ their country for years.”

The purge was the latest in a series of dramatic steps by Crown Prince Mohammed bin Salman, or MbS as he is commonly referred to in Western circles, to assert Saudi influence internationally and amass more power for himself at home.

A U.S. official who declined to be named told Reuters that MbS “has become the primary driver of Saudi policy-making. He has moved aggressively to sideline opponents, concentrate decision-making authority, and establish himself as the undisputed heir to the al Saud legacy.”

“He seeks to reinvigorate the public’s confidence in the Saudi monarchy by diversifying the economy, loosening religious restrictions, and carrying out wide ranging social reforms,” the official said.

Trump’s son-in-law, Jared Kushner, the president’s senior adviser, who has cultivated a close relationship with MbS, recently returned from Saudi Arabia, fuelling speculation on whether he may have had wind of MbS’ plans.

The White House said at the time the trip was reported that it was within the context of Kushner’s efforts on Israeli-Palestinian peace conversations.

Among those arrested were billionaire investor Alwaleed bin Talal, who is one of the kingdom’s most prominent businessmen and whose investments in companies like Twitter (TWTR) make him the most recognized Saudi name on Wall Street.

“It’s an impressive feat to have basically neutered virtually all of the sources of potential opposition, dissent rivalry, whether it’s religious, media, political, military,” said Rob Malley, vice president for policy of the International Crisis Group.

“On the other hand… it’s always risky to make too many enemies at the same time. It’s not clear how those enemies can react,” said Malley, a former senior adviser on Middle East affairs under President Barack Obama.

Also detained was Prince Miteb bin Abdullah, who was replaced as minister of the National Guard, a pivotal power base rooted in the kingdom’s tribes. That recalled a palace coup in June that ousted Mohammed bin Nayef as heir to the throne.

A former senior U.S. intelligence official cautioned that given the National Guard’s loyalties, MbS could face a backlash.

“I find it difficult to believe that it (National Guard) will simply roll over and accept the imposition of new leadership in such an arbitrary fashion.”

U.S.-Saudi ties had been strained under Obama, who Riyadh felt considered their alliance less important than negotiating the Iran nuclear deal.

But the Trump administration has vowed to confront Iran much more aggressively in the region, where it shares the Saudi view that Tehran is fomenting instability via a number of proxies in Lebanon, Syria and Yemen among other countries. Tehran denies the allegations.

Events in Saudi Arabia in recent days appeared to open the prospect for a sharper confrontation with Iran and its proxies.

Saudi Arabia accused Lebanon on Monday of declaring war against it because of what it called aggression by the Iran-backed Lebanese Shi’ite group Hezbollah.

Saudi-allied Lebanese politician Saad al-Hariri quit as prime minister on Saturday, announcing his resignation from Riyadh and blaming Iran and Hezbollah in his resignation speech.

The Pentagon praised Saudi Arabia for “exposing” Iran’s role in Yemen and Tehran’s provision of missile systems to Houthi militia fighting there.

“Between that (Hariri’s resignation) and the missile launch on Riyadh … the coincidence of those two does mean that the prospect of some escalation, some strike either against Hezbollah or against Iran or against both is more likely, certainly than it was a few days ago,” Malley told Reuters.