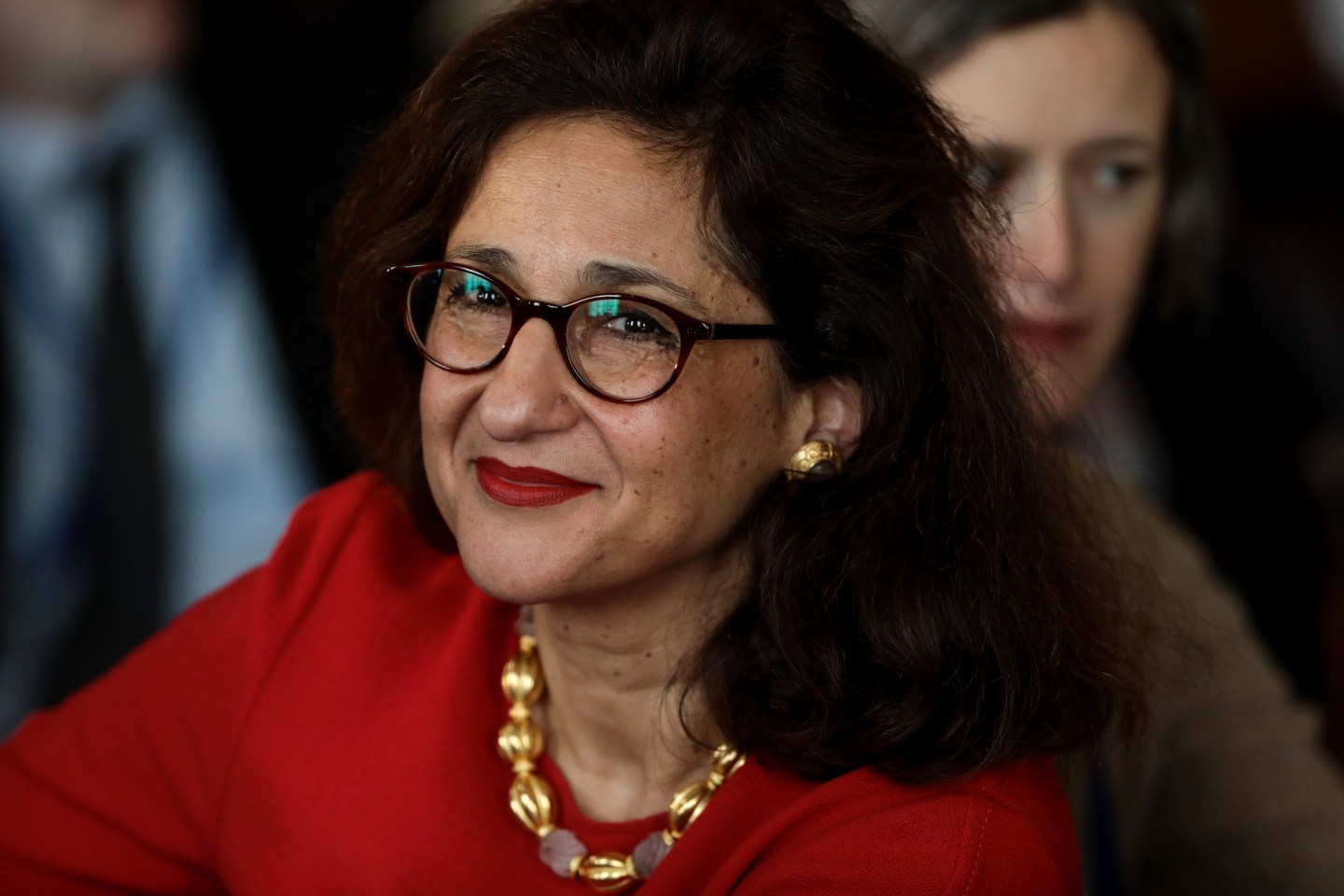 Dame Minouche Shafik, who recently became the first female director of the London School of Economics, is on a mission to restore trust in universities at a moment when she says independent institutions and experts are under threat.

Those principles include transparency, the use of evidence-based arguments, and the publication of ideas that are peer-reviewed and rigorously analyzed.

Shafik left her job this year as deputy governor for markets and banking at the Bank of England, where she delivered her final speech about rebuilding trust in experts, who have faced skepticism in debates over the financial crisis, the Brexit vote, and political elections. That mission, she said at the time, is “vital for determining whether our futures are shaped by ignorance and narrow-mindedness, or by knowledge and informed debate.”

“I think independent institutions like that—like central banks, like universities, like the press — are incredibly important for the state of our society,” Shafik says. “People have to know that there are independent voices out there that are apolitical.” She said universities need to be better at releasing research to the public when it is relevant to ongoing conversations and using more accessible language to reach a broader audience.

Shafik, who was previously a vice president at the World Bank and deputy managing director at the International Monetary Fund, has spent her career in the male-dominated field of economics. When she left, she was the most senior woman at the Bank of England.

“I think young women today are in so much better a position than many of us were a long time ago,” she says. “Having said that, in economics and finance, we still have a long way to go and I think there’s a lot of soul-searching going on in those disciplines to try and understand why we’re not attracting and retaining [women.]”

She said she decided to join the London School of Economics to explore how universities can confront disinformation and division. The spread of “fake news” has played a prominent role in elections in the U.S., Germany, and France in the past year.

“One of the things I’ve tried to do in my career is be at a place in a moment when you can have a big impact,” Shafik says. “And I think at this moment, universities have a very special role to play for a whole variety of reasons. Politics and policy is very divided, and society is very divided at the moment, and universities have the potential to be a place where some of those divisions get debated and potentially resolved.”