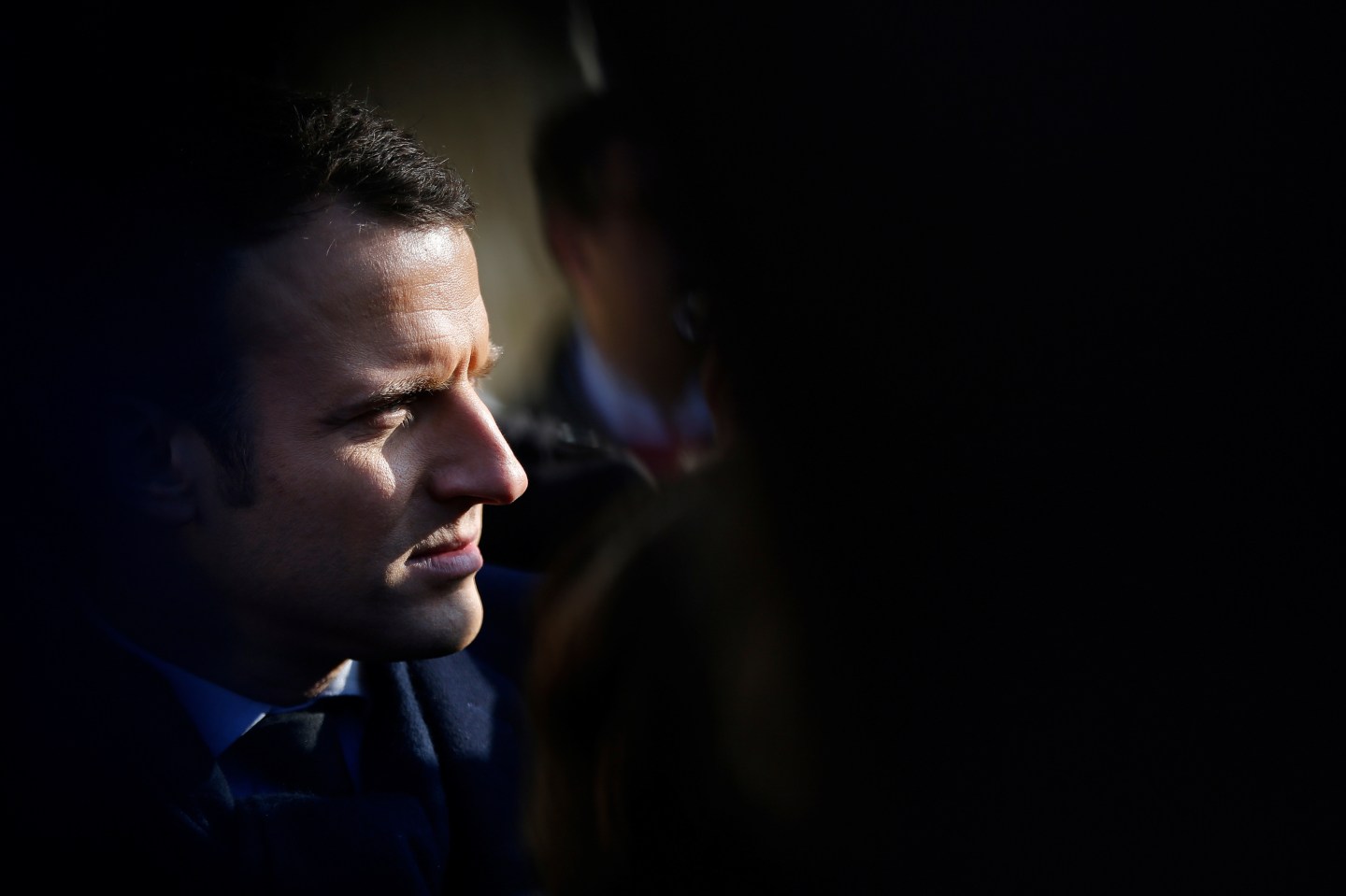 Emmanuel Macron, head of the political movement En Marche !, or Onwards !, and candidate for the 2017 presidential election, visits a farm as part of his presidential campaign in Montlouis-sur-Loire near Tours, France, February 10, 2017. REUTERS/Stephane Mahe - RTX30FWB
Stephane Mahe — Reuters

French presidential frontrunner Emmanuel Macron is being targeted by Russian media and Internet attacks from within Russia with the goal of helping the election campaigns of his pro-Moscow rivals, his party chief said on Monday.

The comments by Richard Ferrand, secretary-general of Macron’s En Marche! (Onwards!) party, marked the first direct accusation from a French political party that forces in Russia were trying to influence the outcome of the May election.

Ferrand, who said Moscow looked favorably on the policies of far-right leader Marine Le Pen and centre-right candidate Francois Fillon, urged the government to take steps to ensure there was no “foreign meddling” in the election.

Drawing a parallel with the U.S. presidential election in which U.S. intelligence agencies saw the hand of the Kremlin, he said: “The Americans saw it, but it came too late.”

Ferrand’s comments came against the backdrop of an electoral campaign of smears in which several big names have fallen off the radar, while conservative candidate Fillon went from frontrunner to also-ran due to a scandal involving his family.

Macron, an independent centrist, surged into the gap to become favorite to win the May 7 second-round against Le Pen, who is anti-EU and supports Russian policy on Ukraine.

A Feb. 4 report by the French language version of online Russian news agency Sputnik quoted the pro-Putin centre-right French legislator Nicolas Dhuicq as saying Macron was a puppet of U.S. political and financial elites and that revelations about his private life would soon be made public.

The report appeared to play a part in Macron being forced on Feb. 7 to kill rumors of an extra-marital gay relationship.

Ferrand told France 2 television that Russia Today and Sputnik, Russian state-controlled media, had spread “fake news” with the aim of swinging public opinion against Macron. He said Macron was a target due to his pro-Europe policies.

“It is clear that the far-right and the right and their candidates are rather well regarded (in Russia) while we call for a strong Europe, a powerful Europe. It is obvious, objectively, that a certain number of Russian media clearly don’t want that,” he said.

Fillon, who has seen his lead evaporate amid a “fake jobs” scandal involving his wife, has spoken positively about improving relations with Russia.

In the report in Sputnik, Dhuicq accused Macron, a former investment banker, of being an agent of “the big American banking system.”

“Two big media outlets belonging to the Russian state Russia Today and Sputnik spread fake news on a daily basis, and then they are picked up, quoted and influence the democratic (process),” Ferrand said.

Russia Today said it rejected allegations it spread fake news in general and in relation to Macron and the upcoming French election.

“It seems that it has become acceptable to level such serious charges at Russia Today without presenting any evidence to substantiate them, as well as to apply this ‘fake news’ label to any reporting that one might simply find unfavorable,” the news channel said in an emailed statement.

A Sputnik spokesman could not be reached for comment.

Ferrand said Macron’s campaign was being hit by “hundreds if not thousands” of attacks on its networks, databases and sites from locations inside Russia.

“What we want is for authorities at the highest level to take the matter in hand to guarantee that there is no foreign meddling in our democracy,” Ferrand said.

French Defense Minister Jean Yves Le Drian has warned of “cyber destabilization” and media reports say defense and security agencies are due to meet soon under President Francois Hollande on the issue. The Elysee has so far not confirmed any such meeting.