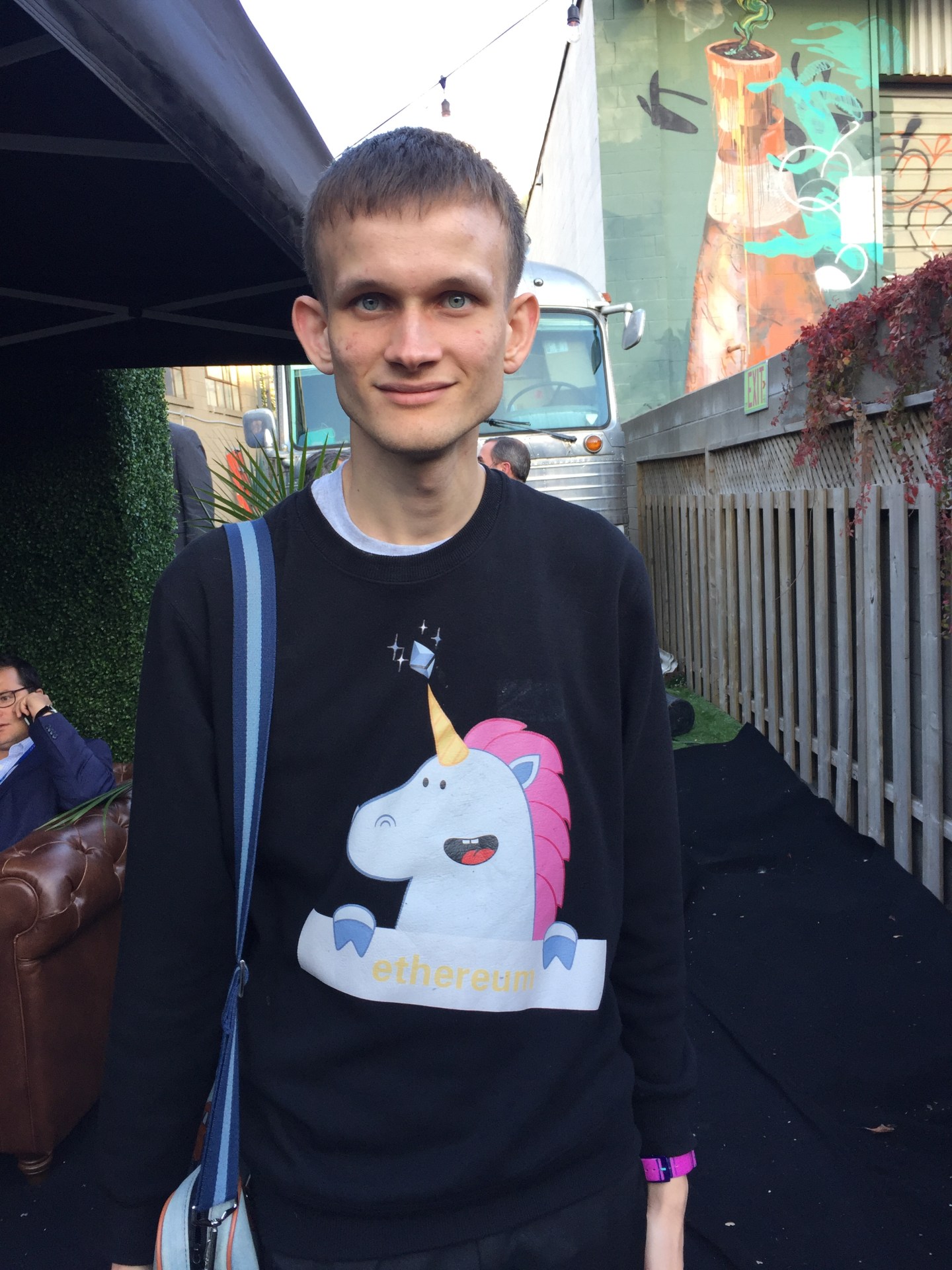 Vitalik Buterin, the 23-year-old creator of the world’s second biggest digital currency, Ethereum, isn’t worried about coming competition from the central banks of the world.

Speaking in Toronto on Tuesday, Buterin downplayed the possibility of countries creating digital versions of their currencies that could rival or displace bitcoin or Ethereum.

He said the advent of a national currency based on a blockchain, which is the distributed ledger technology that underpins bitcoin and Ethereum, will take years to launch.

“If there is [such a launch] it will be a server and a bunch of marketing buzzwords to make it look like a blockchain,” Buterin said, suggesting central banks lack the ability to create a proper blockchain.

His outspoken comments are in keeping with Buterin’s reputation as an iconoclast—a reputation he reinforced by turning up to speak at the suit-and-tie Toronto event in a unicorn sweatshirt (which you can see in the photo above).

Buterin’s remarks come at a time when the popular of digital currency has exploded as an asset class: the value of Bitcoin and Ethereum have respectively increased about five-fold and thirty-fold in 2017, while the overall market for such currencies is worth well over $100 billion.

The market frenzy has coincided with a surge on interest in blockchain technology, which is being used by everyone from banks to retailers to diamond merchants as a way to track assets and record transactions.

Central banks like the Bank of Canada and the Bank of Japan are also among those conducting experiments with blockchain. This has led to speculation that the central banks will soon create digital versions of their fiat currencies as a more efficient way to transfer funds and manage their money supplies.

In the case of the United States, some predict the Federal Reserve will create a so-called “Fedcoin” as a digital asset, though a Fed official recently said there currently no plans to do so. Meanwhile, former Fed Chair Ben Bernanke on Monday lashed out at bitcoin, though he also praised blockchain technology.

If a surge of blockchain-based national currencies do arrive on the scene, it raises the question of whether digital assets like bitcoin or XRP (another popular crypto-currency) will still be used as a means for transferring funds across borders.

But as Buterin suggests, such discussions are for now theoretical, meaning currencies like bitcoin and Ethereum will remain pre-eminent in the crypto-world for the foreseeable future.

Buterin spoke at a three-day event hosted by Ripple, the company behind the currency XRP, which also sells blockchain software to over a hundred banks.