4 Things Your Business Can Do Start Innovating Right Now 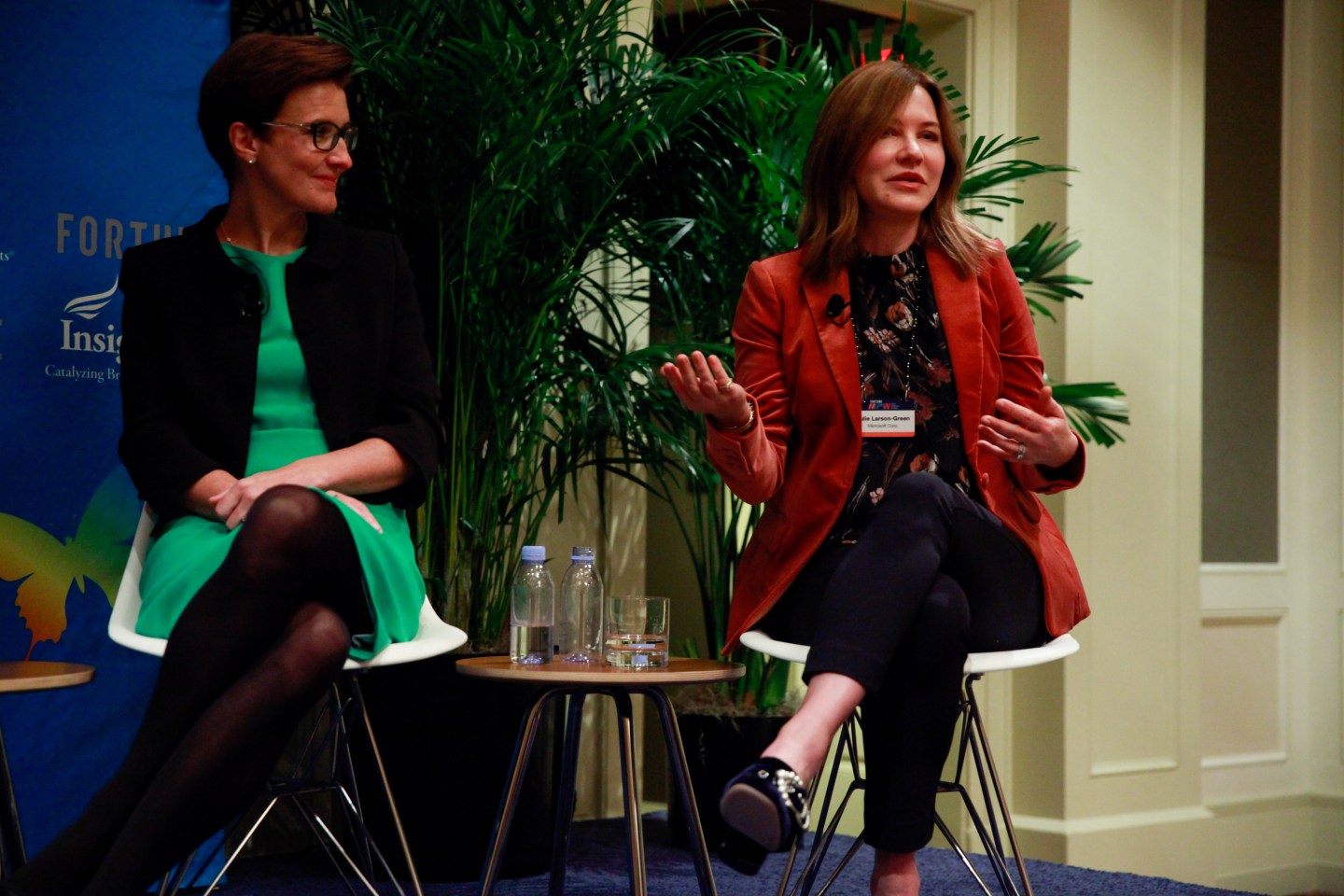 “Innovation” is one of the business world’s most beloved buzzwords—but how often do we stop and ask ourselves what the term really means?

Speaking at Fortune’s Most Powerful Women Summit in Washington, D.C. on Monday, Julie Larson-Green, chief experience officer at Microsoft, offered a definition that’s been helpful for employees of the tech giant: “Idea plus impact.”

No matter how disruptive and exciting, she says, an idea is just a flight of fancy—unless it can create a meaningful impact in the world. Of course, the trick of the thing is usually turning those new, bleeding-edge concepts into a reality. Larson-Green and her fellow Summit panelists offered the crowd a series of real world tips for doing just that.

It’s human nature to be afraid of change—but fear kills innovation, says Jane Fraser, CEO of Latin America at Citigroup: “Get fear out of the equation.” Rather than putting employees on the defensive, where they feel they need to protect and justify their jobs, try to rally them around the ways innovation can help their clients, she suggests. Citibank has also increasingly focused on encouraging workers’ curiosity and prompting them to ask questions, says Fraser.

Julie Sweet, CEO of North America for Accenture, says that one of the most difficult parts of achieving continuous innovation is being willing to change leadership. “That is often the hardest thing for leaders to hear,” says Sweet. But while replacing loyal team members can be painful, “some of them can’t make the journey.” Creating a leadership team that’s truly diverse—gender, age, ethnicity—helps drive fresh thinking, she adds. When companies resist such sweeping change, you don’t get true innovation, says Sweet: “Then you get projects.”

While every company needs innovation, disruption for disruption’s sake does not work, says Nest CTO Yoky Matsuoka. Take Google’s super secret innovation lab, Google X, which Matsuoka co-founded. The group creates “paradigm shifting” technology, she says, but “they’re not making money.” “Is that what most companies are looking for?” she asked the audience (many heads shook no). “Be careful asking for a Google X because what you get might not be what you’re looking for.”

The hype around change is that it’s unpredictable and rushing at us at a furious paces, says Matuoka. But in reality, “innovation happens really, really slowly—it’s not as scary as we think.” She speculated that, as a group, the panel attendees would likely be able to identify about 90% of the forces that will transform business over the next few years. Rather than chase trends—or your competitors—Matuoka suggests all companies ask themselves one question: “Given we all understand those things are coming, which one should we focus on?”