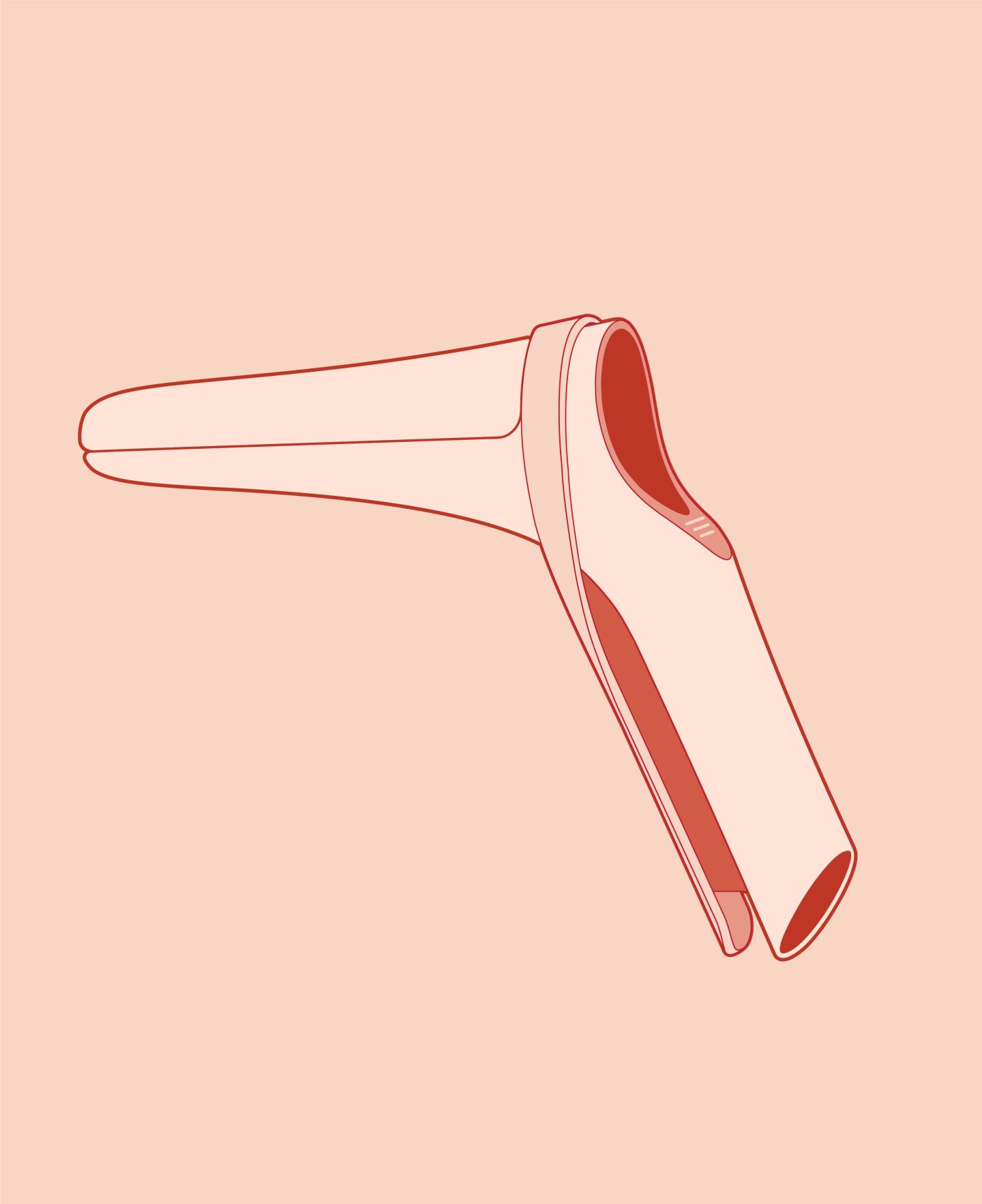 Okay, it’s not that much to look at. But the humble—not to mention outdated—apparatus, used to dilate a vagina for examination, could soon be getting a major upgrade. That’s because a team at San Francisco-based design firm Frog have been trying to reimagine the unimaginative medical device, turning it into a form factor that doesn’t involve any cranking. (For those of you who don’t have a vagina, traditional speculums are comprised of two rounded “blades” that are hinged together at one end and then opened at the other once inserted; a screw mechanism, located on the handle, is used to part the two blades and enlarge the vagina for an exam.)

But back to Frog. The speculum project, which was announced this week, started when two of the firm’s Bay Area-based designers went in for their annual gynecology visit, which includes a pap smear, about a week apart. (The full scope of the Frog-led project involves rethinking the entire exam experience, not just the speculum.)

“I went in for the exam, and even the crinkle of the paper gown I had to put on was anxiety-inducing,” says Hailey Stewart, an industrial designer at Frog. She and her colleague, experience designer Sahana Kumar, commiserated about their recent experience and began talking about what could be done to improve it, starting with the aged speculum. “We wanted to humanize the whole experience,” says Kumar. Eventually, they enlisted a handful of other female employees to help with the side project. They interviewed patients and healthcare providers, and dove into the history of the vaginal speculum.

It’s not terribly surprising that a man invented the device: It was developed in the mid-19th century by a doctor named J. Marion Sims. Sims is known as the “father of modern gynecology” (he is also notorious for his experimentation on enslaved African-American women). Like many other products in the feminine care industry, the speculum hasn’t changed all that much over the years. And yet, the team at Frog found that the universal attitude towards the device was overwhelmingly negative, from the cranking noise it makes, to the way it looks and feels (it turns out patients don’t love cold metal). Even providers said there was room for improvement—for example, the way that the speculum is angled, a rigid 90 degrees, makes it more difficult for them to position the patient correctly on an examination table.

The team got to work. Fran Wang, a mechanical engineer, designed a device that could be angled at 105 degrees instead of a right angle. In lieu of a screw mechanism, she created a push handle—a button that opens three “leaves” to expand the vagina. And instead of using cold metal, she used surgical silicone to coat the speculum. “It’s more like something you’d buy at Good Vibrations [a Bay Area-based sex toy chain],” says Wang. (Another Frog employee, visual designer Rachel Hobart, is also involved with the project.)

Who will buy the new speculum, now dubbed “Yona”? For now, no one will. It is still just a concept, though a prototype exists. Frog is hoping to find a medical device partner to fund and manufacture the product. And if they do, it’s possible plenty of people with vaginas will have a slightly upgraded annual gynecology exam. After all, we are talking about half of the population.