5 Startups Changing the Way Women Think About Their Periods 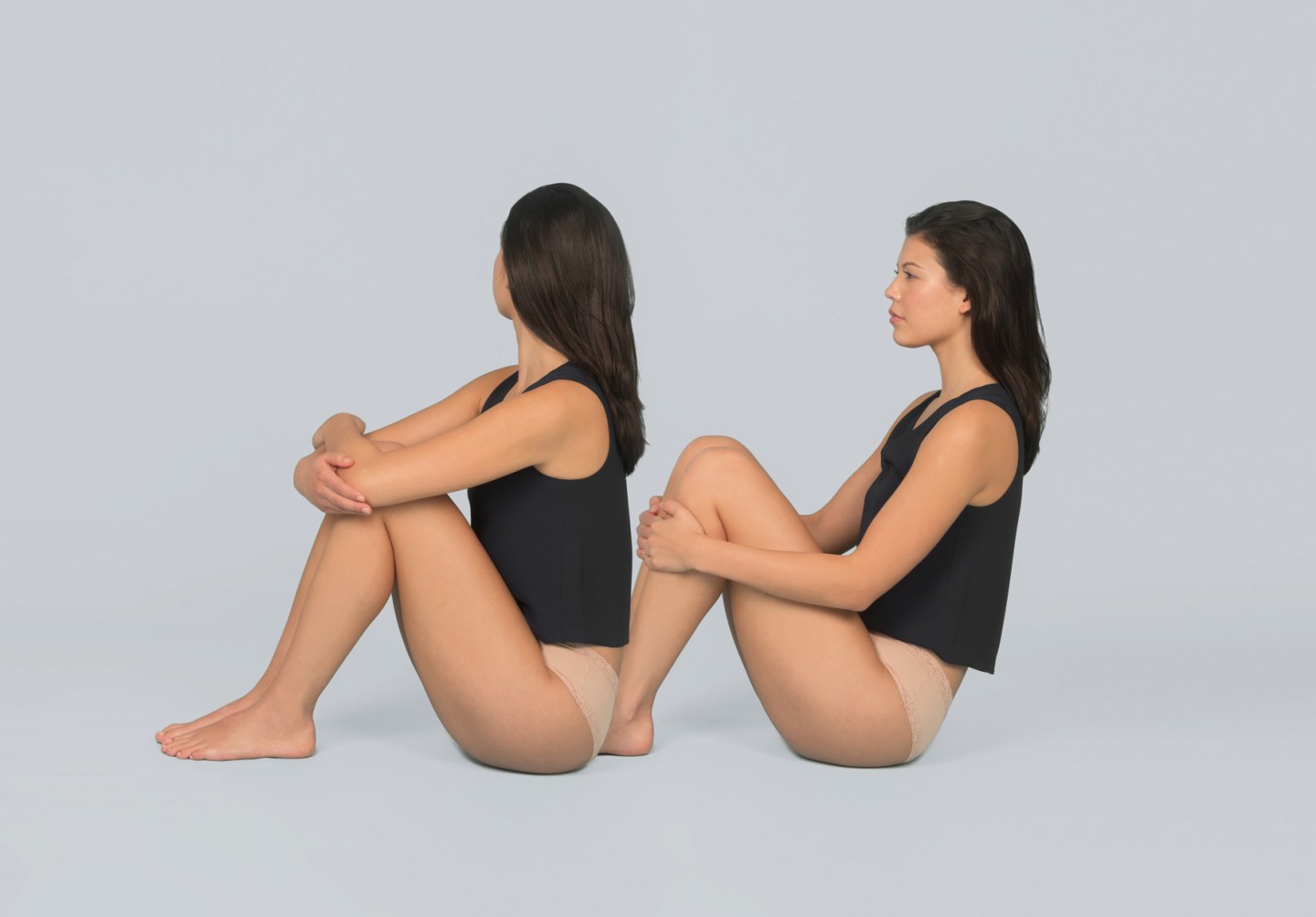 Feminine care may be a $15 billion industry, but it hasn’t changed all that much in the last few decades. Take the modern tampon, which has been on the market since the mid-1930s. Its biggest innovation: moving from a cardboard to plastic applicator.

As other industries evolve at lightning speed, the taboo nature of menstrual periods has stunted the development of new products for more than 80 years.

Today, a new crop of venture-funded startups are attempting to offer women more convenience and choice. “People are starting to pay attention to the ingredients being used in everyday products, so it’s no surprise women have started to question the feminine care market, which has historically provided very little transparency,” says Andrew Mitchell, founder and managing partner at Brand Foundry Ventures, a consumer venture capital firm with a stake in LOLA, the maker of a 100% cotton tampon.

And it goes beyond just new ingredients. From “smart” menstrual cups to underwear that acts as a tampon replacement, here are five products changing the way women think about their periods.

What it does: A reusable menstrual cup that wirelessly syncs with a mobile app, Looncup provides women with a reading of their fluid volume and color during menstruation to help identify any changes in their health.

Who makes it: San Francisco-based LoonLabs, which was founded in 2015 by Ryong Hwang, WanTaek Han and Taemin Kim.

Some background: Menstrual cups take up a small corner of the feminine care market, which is overwhelmingly dominated by tampons. LoonLabs, however, believes it can change this with a high-tech model. To test out this idea, the company’s three founders first turned to Kickstarter with a goal of raising $50,000. They ended up raising $160,000. Clearly, there was a demand. Not only that, but the process helped refine the product.

“We think that 4,000 emails we received from our supporters were more valuable than the $160,000 fund we received through the project,” says Ryong Hwang, LoonLabs’ co-founder and chief executive. “Every email we receive contributes to a better product.”

Related: Meet the Women Who Decide What You Eat for Dinner

While the Kickstarter launch cost money — the company spent money on advertising and marketing to rise above the noise of competing projects on the crowdfunding platform — the investment was worth it, says Hwang. Not only did the campaign validate their idea, but it put them on the radar of higher profile investors. Loon Lab is now in the process of receiving VC funding.

What it is: These reusable panties, which hold up to two tampons worth of liquid, eliminate the need for maxi pads while keeping women clean and dry during menstruation.

Who makes it: New York City-based Thinx, which was founded in 2014 by Miki Agrawal, Radha Agrawal and Antonia Dunbar.

Some background: Ask any women about their menstrual period and chances are you’ll hear complaints about how leaks, stains and accidents ruin countless pairs of underwear. Sound gross? Maybe, but it’s a reality for many women and a problem Miki Agrawal thinks her period-proof underwear can fix.

“I asked myself how is it possible in this day and age of innovation that women are still leaking and staining and having issues during the most natural time of the month,” says Agrawal. “I looked into the category and realized there were only three major innovations in feminine hygiene in the entire 20th century.”

She’s aiming to change that, with the help of some high-profile investors. While Thinx’s first round of funding came from friends and family, its Series A round was led by Strategic Investment Partners, the company that manufactures Nike (NKE), Lululemon (LULU) and Victoria’s Secret apparel. While Agrawal won’t disclose the exact sum — she says it was in the millions — the investment gave Thinx access to manufacturing and operational support.

As for other venture capitalists? Around 100 have approached the company, Agrawal says, but Thinx has been in the enviable position of saying no. “We’re building a business that can sustain itself and grow our profits unlike a lot of companies that keep raising more and more money.”

What it is: These 100% cotton tampons arrive via home delivery on a subscription basis. Each box of 18 tampons contains a customized assortment to meet different menstrual flows.

Who makes it: New York City-based Lola, which was founded in 2014 by Jordana Kier and Alexandra Friedman.

Some background: Live in a big enough city, and almost everything can be delivered to your door. Want takeout? No problem. Need something from Amazon.com? It will be there in hours.

Now, that same convenience has come to the tampon market thanks to Lola’s mail-order subscription service. Lola aims to take advantage of the disconnect between consumers’ desire for more sustainable products and the lack of transparency in terms of the ingredients that go into making traditional tampons. Before fundraising, the company ran focus groups to test the thesis that women wanted a more natural option (Lola’s tampons are all 100% cotton, which means they are natural and biodegradable). After receiving an enthusiastic response, co-founders Jordana Kier and Alexandra Friedman closed a $1.2 million friends and family round in January 2015 followed by a seed round of $3 million this March.

Related: Why This Smart Luggage Startup Thinks It Can Roll to the Top

“There was a lot of interest,” says Kier. “There really hasn’t been innovation in the menstrual product category and we are seeing other companies come up with creative ways to tackle this. Investors are excited about the industry.”

4. A smartphone app that tracks women’s menstrual and fertility cycles

What it does: The Eve app is designed to help sexually-active women who aren’t looking to get pregnant track their mood, health, sex and exercise habits birth control, ovulation, fertility, menstruation and other cycle symptoms and trends.

Who makes it: San Francisco-based Glow, a data science company which focuses on women’s reproductive health, which was founded in 2013 by Max Levchin, Michael Huang, Christopher Martinez, Ryan Ye and Kevin Ho.

Some background: Like it or not, a woman’s period — plus the days leading up to it — can have an impact on her sex life. The Eve app is designed to help women track and understand their menstrual cycles as well as keep a log detailing their sex life.

Glow’s first product was a fertility app for women hoping to get pregnant, but it has since expanded into other areas including tracking women’s menstrual cycle and reproductive health. Started by Max Levchin, co-founder of PayPal (PYPL) and a team of four other founders, the company has 3 million users across its four apps and has raised $24 million in venture capital.

What it is: By tracking users’ menstruation and digital basal body temperature, the Kindara app helps women get pregnant faster, prevent getting pregnant or just understand more about their reproductive cycle.

Who makes it: Boulder, Colo.-based Kindara, which helps women track their ovulation cycles, was founded in 2010 by Katherine Bicknell and William Sacks.

Some background: Whether you’re trying to get pregnant or want to avoid it, tracking your period and other signs like cervical fluid and basal body temperature can help.

While the natural family planning — a method of birth control that monitors the body’s cycles instead of drugs or devices — has been around forever, Kindara aims to make the technique more high tech. Women can use the app to track when they have their period, the consistency of their cervical fluid and their waking temperature to get a clearer idea of ovulation. That information, analyzed over a period of time, can help both couples trying to get pregnant and those looking to avoid it.

Related: This New Dating Service Helps You Sniff Out Your Perfect Mate

The company says it’s helped more than 100,000 women get pregnant.

“We live in a world where it still sucks to be a woman in many ways. One of those ways is in relation to health care,” says co-founder William Sacks. “By bringing data charting and analysis to reproductive health, and using the mobile phone as our delivery vehicle, we can deliver better healthcare decisions at lower cost to women everywhere.”

Kindara raised $5.3 million over a few rounds of funding with the latest being a $3 million raise in August of 2015 lead by Boston Seed Capital.