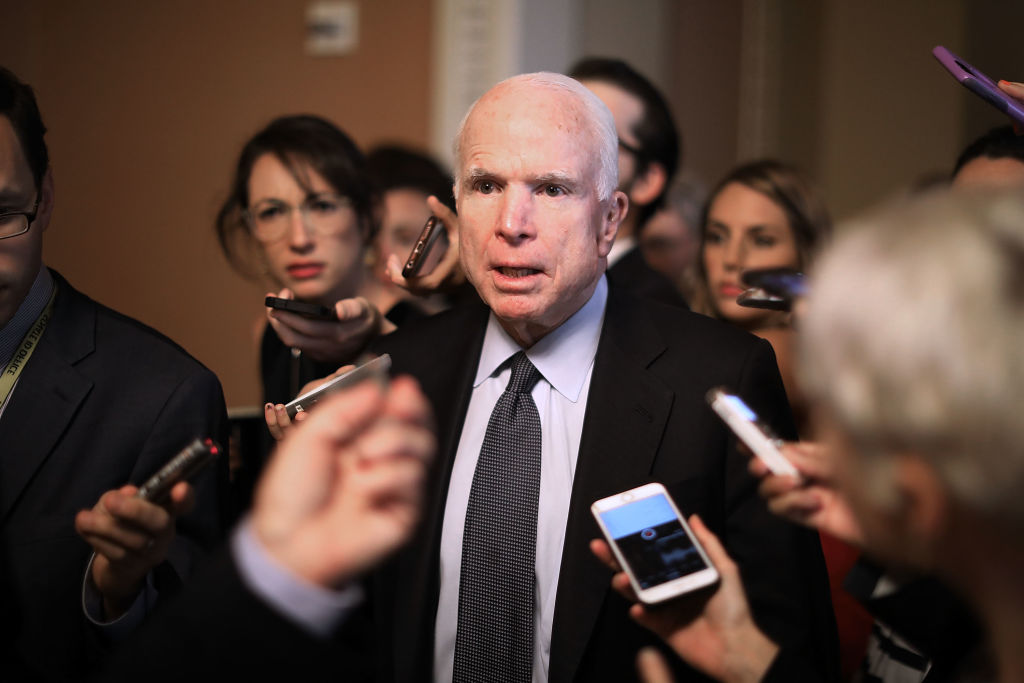 Senator John McCain says doctors have given him a “very poor prognosis” in his ongoing fight against brain cancer, putting his chances of survival as slim.

Despite the pessimism of medical officials, McCain says he intends to work as long as possible. The Arizona Republican has been a notable roadblock for Republican efforts to roll back the Affordable Care Act, most recently announcing he would oppose Graham-Cassidy, significantly damaging that bill’s chances of advancing.

“I am more energetic and more engaged as a result of this because I know that I’ve got to do everything I can to serve this country while I can,” he said.

McCain underwent surgery for the tumor in July. It was later found to be a form of glioblastoma, which was the same cancer that ended the life of Sen. Edward Kennedy eight years ago. That’s not lost on McCain.

“I think about Ted a lot,” he says. “Ted stayed at his job, kept working. Kept going even when he was in a wheelchair.”