John McCain Will Return to Senate for Pivotal Healthcare Vote 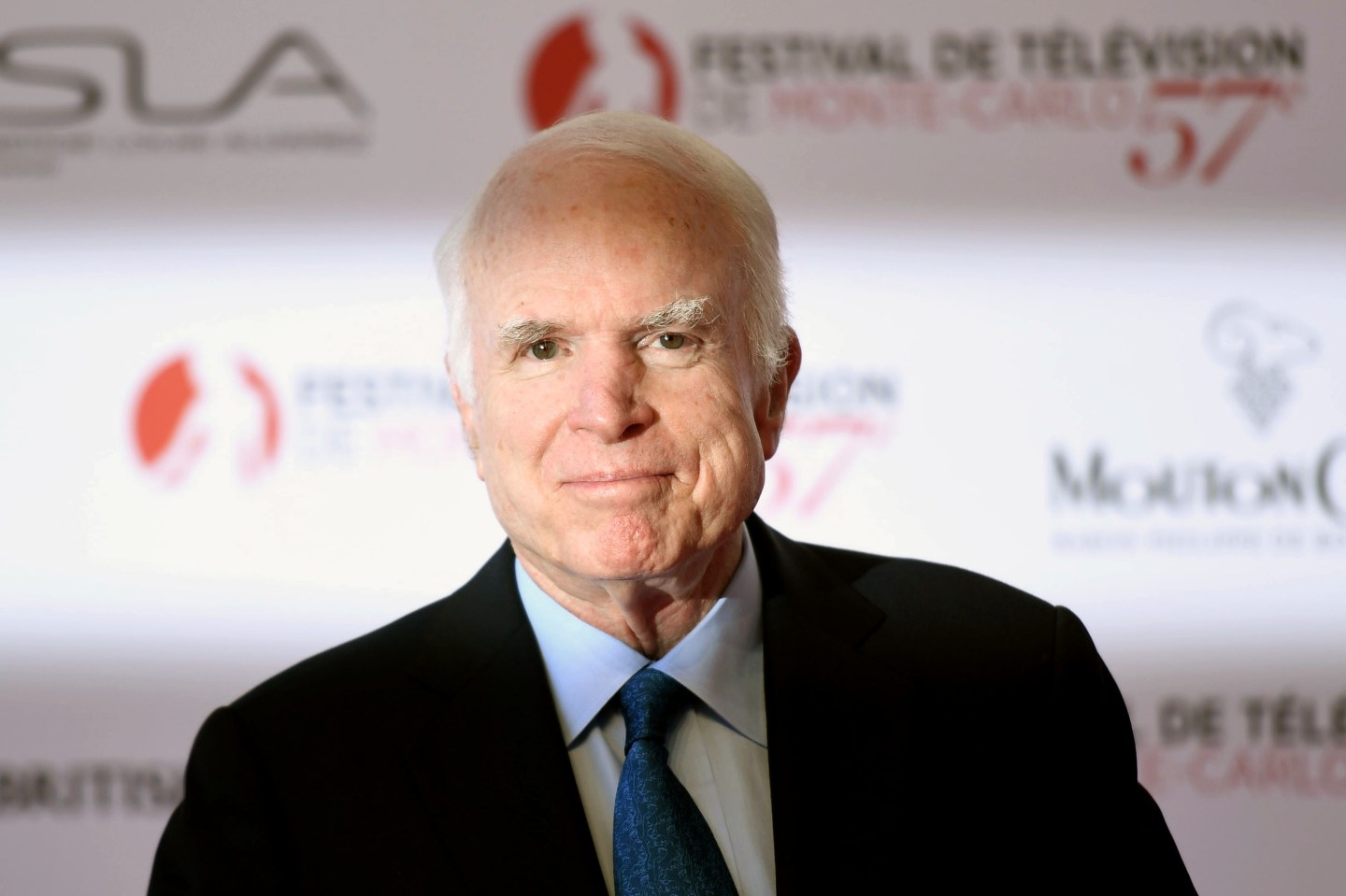 Senator John McCain will make a return to the U.S. capitol on Tuesday to play what could be a crucial role in keeping Republican efforts to repeal Obamacare afloat.

McCain, who is battling brain cancer at his Arizona home, is set to help decide whether the repeal push will move forward or perhaps be abandoned entirely.

Senators will be asked whether to begin debate on the Senate floor on a healthcare overhaul that would supplant the 2010 Affordable Care Act, better known as Obamacare.

A loss would force Senate leaders, who have struggled to amass support for their version of an overhaul, to find another strategy or move on to other legislative matters.

President Donald Trump has been increasingly critical of Republican senators and their failure to pass a bill. Trump held an event at the White House on Monday in which he chastised them, saying they “have not done their job in ending the Obamacare nightmare.”

The vote in the divided chamber was expected to be extremely tight, making McCain’s return critical to the repeal effort.

McCain has said that he typically votes to open legislative debates such as these, but has also voiced concerns about the Senate bill and said he would try to address them on the floor.

He was diagnosed with an aggressive form of brain cancer earlier this month after surgery to remove a blood clot and had not been expected to attend Tuesday’s vote. His office, however, released a statement late Monday announcing his return.

Should enough Republicans vote to move forward, senators would begin debating the bill that passed the U.S. House of Representatives in April. But that bill likely would be heavily modified through the amendment process.

Some senators said it was time to either tackle the issue on the Senate floor or move on to other matters.

“Now it’s time to fish or cut bait,” said Republican Senator Mike Rounds. “Let’s get on with it. We have a lot of other things to do.”

No Democrat is expected to vote in favor of opening debate, meaning that Republicans, who hold 52 seats in the 100-seat chamber, cannot afford to lose more than two of their own.

Senator Susan Collins has been the only Republican who has publicly said she will vote against opening debate, but it remained possible that she could be joined by other Republicans concerned about the form the legislation might ultimately take.

Vice President Mike Pence, a Republican who is expected to be on Capitol Hill on Tuesday, would step in the case of tie and vote to move forward.