Donald Trump’s Nearly Four-Decade War With the NFL: A Timeline 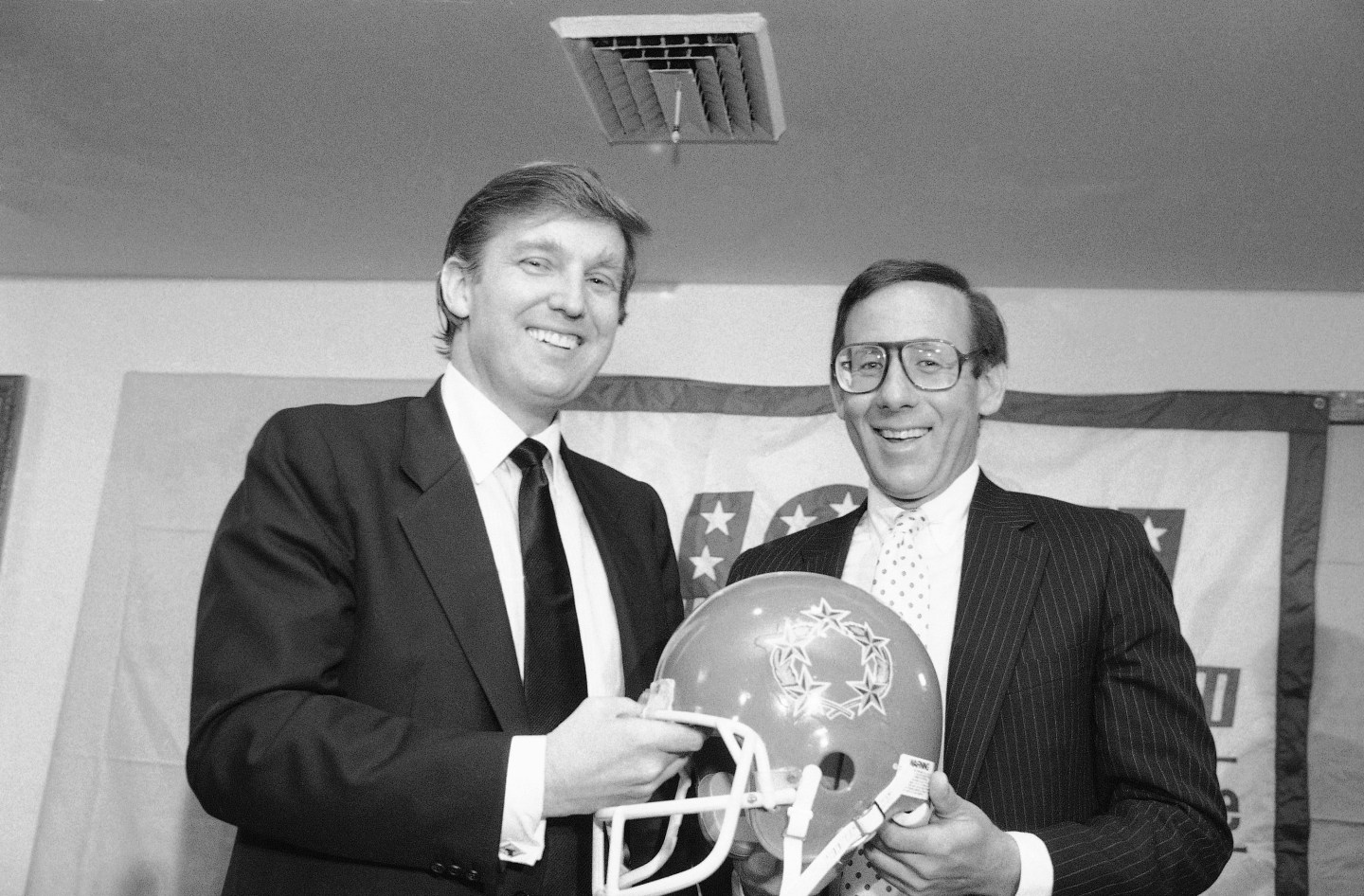 Donald Trump’s attack on the National Football League Friday might have seem to come out of nowhere to some fans, but in reality, his disgruntlement with the NFL has a long history.

Trump, in a three-minute tirade, encouraged owners to fire players who kneel during the U.S. national anthem. The comments resulted in dozens of additional players taking a knee during the anthem, a closing of the ranks among NFL owners to stand against Trump’s remarks, and some teams not coming out onto the field for the anthem at all.

Here’s a history of Trump’s decades-long series of battles with the NFL.

1984 – As an investor in the United States Football League, Trump not only bought the New Jersey Generals franchise, but pushed the league hard to adopt a fall schedule and go head-to-head with the NFL. Trump also led an owners group in an antitrust lawsuit against the NFL, seeking $1.7 billion. His group won the suit, but was only awarded $1, which was a death sentence for the league.

2013 – As concerns began to rise about the long-term effects of player concussions and chronic traumatic encephalopathy (CTE), Trump objected to rule changes that made helmet contact illegal.

The NFL has just barred ball carriers from using helmet as contact. What is happening to the sport? The beginning of the end.

(A top league official has since acknowledged that the impacts players take can cause brain disease.)

That same year, he criticized Obama for weighing in on the debate over the Washington Redskins name, reminding the then-president that there were other more pressing issues to focus on.

President should not be telling the Washington Redskins to change their name-our country has far bigger problems! FOCUS on them,not nonsense

2014 – His troubles with the Generals didn’t spoil Trump’s interest in football. In 2014, he entered into a bidding way for the Buffalo Bills. (He retweeted dozens of fan comments supporting his bid during the process.)

Even though I refused to pay a ridiculous price for the Buffalo Bills, I would have produced a winner. Now that won’t happen.

The @nfl games are so boring now that actually, I’m glad I didn’t get the Bills. Boring games, too many flags, too soft!

On Sept. 17 of that year, he went on ESPN’s Mike & Mike show and said the NFL stood for “No Fun League”.

And even though he hadn’t made a serious political push yet, Trump also had thoughts on the NFL’s tax exempt status.

Do you think crooked @AGSchneiderman will ever challenge the NFL tax status? No—too many friends and contributors in @nfl?

(The league gave up that status the following year.)

He also took another shot at the entertainment value of the games.

Are NFL games getting boring or is it just my magnificent imagination? In any event, I'm just not watching them much anymore!

2016 – Trump first weighed in the national anthem issue on the campaign trail, taking aim at Colin Kaepernick in October and blaming the league’s declining ratings in part on the then-49ers quarterback.

“I don’t know if you know, but the NFL is way down in their ratings. Way down,” Trump said. “And you know why? Two reasons. Number one is, this politics they’re finding is a rougher game than football, and more exciting. Honestly, we’ve taken a lot of people away from the NFL. And the other reason is Kaepernick. Kaepernick.”