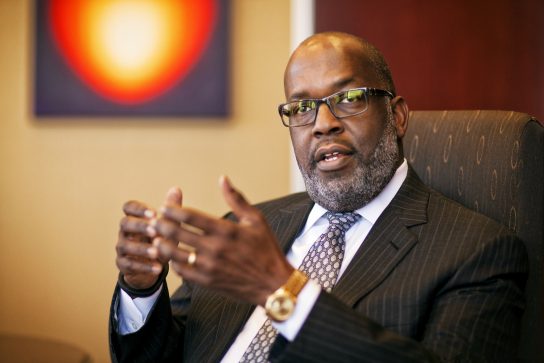 Bernard Tyson, chairman and CEO of the sprawling Kaiser Permanente nonprofit health system—which combines health plans, hospitals, and an affiliated physician group into one consortium—doesn’t have anything nice to say about the Graham Cassidy health care bill to repeal Obamacare. A GOP Senate health care vote on the Graham Cassidy legislation could come as early as next week, and Republicans may be just one vote shy of being able to pass it.

“At Kaiser Permanente, we believe that changes to our nation’s health care laws should increase access to high-quality, affordable care and coverage for as many people as possible. The Graham-Cassidy bill does not meet any of those tests,” wrote Tyson in a statement.

Graham Cassidy would fundamentally transform the American health system by giving states broad authority to gut Obamacare’s consumer protections and placing caps on how much money is spent on the massive Medicaid program for poor Americans. States would either have a per-person cap on federal Medicaid funding—which would likely lead to stricter eligibility requirements or curtailed benefits—or be given the option for a “block grant,” or a set amount of money that it receives to pay for people on Medicaid.

Initial analyses have suggested that deep funding cuts imposed by the Graham Cassidy health care bill would likely push costs onto patients by slashing Obamacare’s provisions to help people pay premiums and their out-of-pocket medical costs—and that it would especially burden sick people, who could be charged more for being in poor health (a practice banned by Obamacare).

Tyson echoed those arguments in his missive. “The block grant proposal in the bill would erode coverage of needed medical services and pose major issues for state budgets. Repealing the individual mandate without alternative incentives for enrollment will lead to fewer people enrolled and higher premiums,” he said. Doctor and hospital groups like the American Medical Association (AMA) and the Association of American Medical Colleges (AAMC) have similarly denounced the legislation.

Tyson was recently honored as one of TIME‘s 100 most influential people of 2017. As Kaiser Permanente CEO, he oversees a system that serves some 11.8 million Americans.

This post has been updated to reflect Kaiser’s most recent membership number.