Republicans May Be 1 Senator Away From Repealing Obamacare. Here’s What to Know 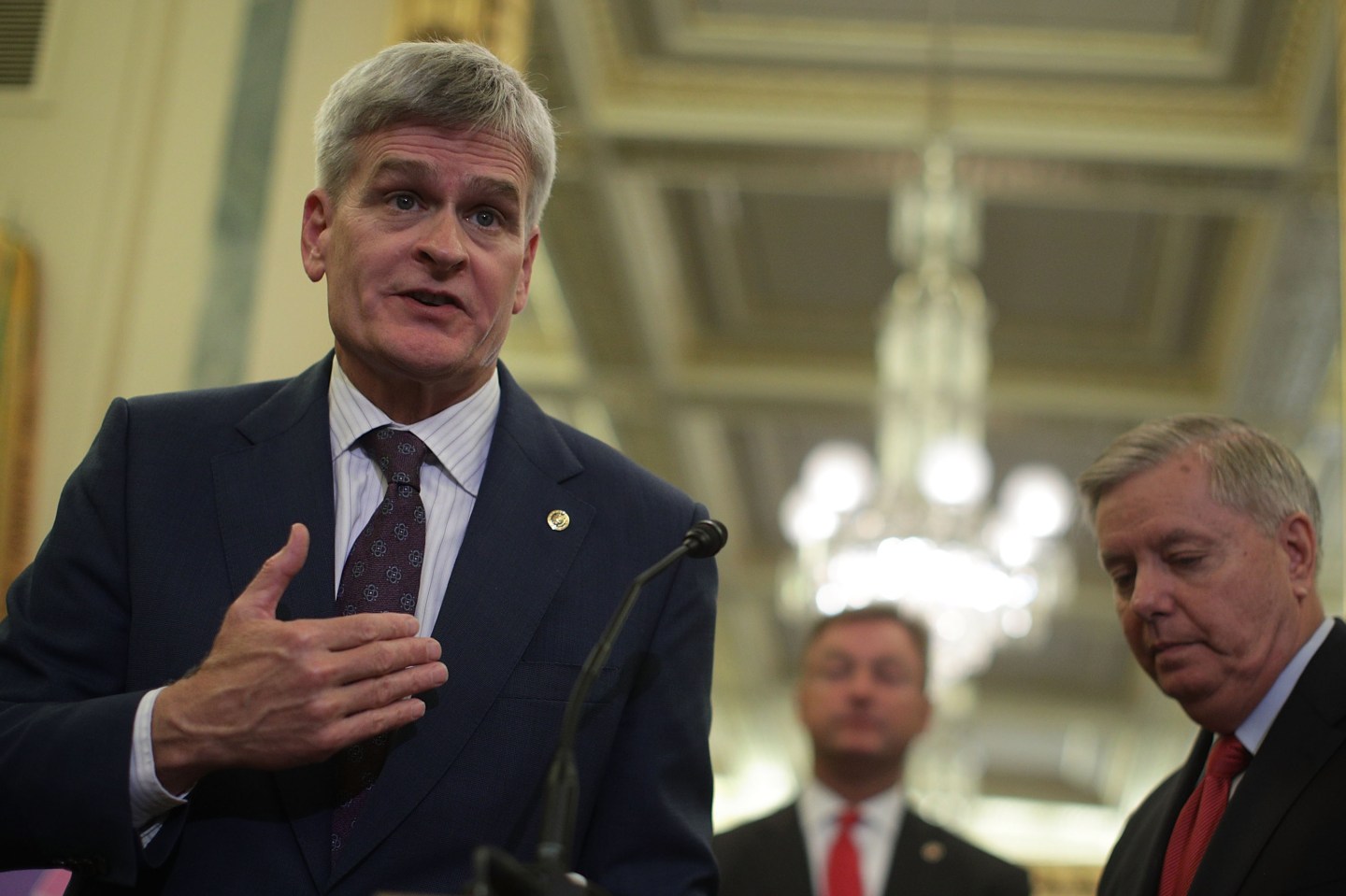 The Republican Party’s efforts to repeal Obamacare, formally known as the Affordable Care Act, aren’t dead quite yet—and they may even be gaining steam with the “Graham-Cassidy health care bill.”

Two months ago, three senior Republican Senators defied their leadership to sink what, at the time, seemed to be the last chance to dismantle former President Barack Obama’s signature health law on a purely party-line vote. But now, Senate Majority leader Mitch McConnell and President Donald Trump are reportedly trying to whip up support for another Obamacare repeal bill introduced recently by Sens. Lindsey Graham of South Carolina and Bill Cassidy of Louisiana. And the GOP may be just one “aye” shy of the magic 50-vote threshold to continue the seven-plus year legislative marathon to gut the Affordable Care Act. (Vice President Mike Pence would cast the deciding ballot in the case of a 50-50 split in the Senate.)

Politico reports that, by some counts, 49 Senators may be on board with the Graham-Cassidy bill, which has also been sponsored by Republican Sens. Dean Heller of Nevada and Ron Johnson of Wisconsin. Conservative Sen. Rand Paul of Kentucky announced his opposition on the grounds that the Graham-Cassidy bill represents “Obamacare lite.”

It’s unclear whether other previous opponents of the GOP repeal efforts, including moderates like Sen. Susan Collins of Maine, Alaska’s Lisa Murkowski, and Arizona’s John McCain would remain opposed—but the legislation would make significant cuts to the Medicaid program for the poor and change its fundamental structure by turning far more authority over to states, which could potentially lead to coverage losses and benefit cuts. The amount of money disbursed to states would be highly variable; the bill’s supporters argue that sort of flexibility is key to addressing regional health needs.

But there are no official analyses of the Graham-Cassidy health care bill’s broader coverage and economic effects available yet. The Congressional Budget Office (CBO), Congress’ nonpartisan legislative scorekeeper, announced Monday that it would issue a preliminary assessment of Graham-Cassidy next week. CBO has projected previous Obamacare repeal efforts to leave 20 to 30 million Americans without coverage (relative to current law) and significantly hike premiums and out-of-pocket costs for lower-income people while cutting the federal budget deficit.

Repealing Obamacare would still be a difficult push. For one, Murkowski and Collins have voted against every recent Senate GOP effort to kill the law, and Paul has said he wouldn’t be satisfied by anything other than a true repeal (rather than a relative restructuring). McCain, who cast the dramatic third GOP vote to squash a “skinny” Obamacare rollback in July, argued that health care legislation should go through the regular, bipartisan committee process on CBS’s Face the Nation on Sunday, and praised an Obamacare stabilization effort being pursued by Democrat Patty Murray and Republican Lamar Alexander, who lead a key Senate health committee. But McCain could face pressure from Republican Arizona Gov. Doug Ducey, who endorsed the Graham-Cassidy health measure Monday in what many interpreted to be a signal to McCain, who is also close with Graham.

If the Senate GOP were to pull of the improbable and pass the Graham-Cassidy bill on a party-line vote by an end-of-month deadline, it would still face significant hurdles down the line, since the more conservative House of Representatives would either have to pass the Senate’s bill without changes or head to a legislative “conference committee” to come up with yet another piece of health legislation agreeable to all parties. For now, though, the ever-dying Obamacare repeal drive is showing some sputters of new life.