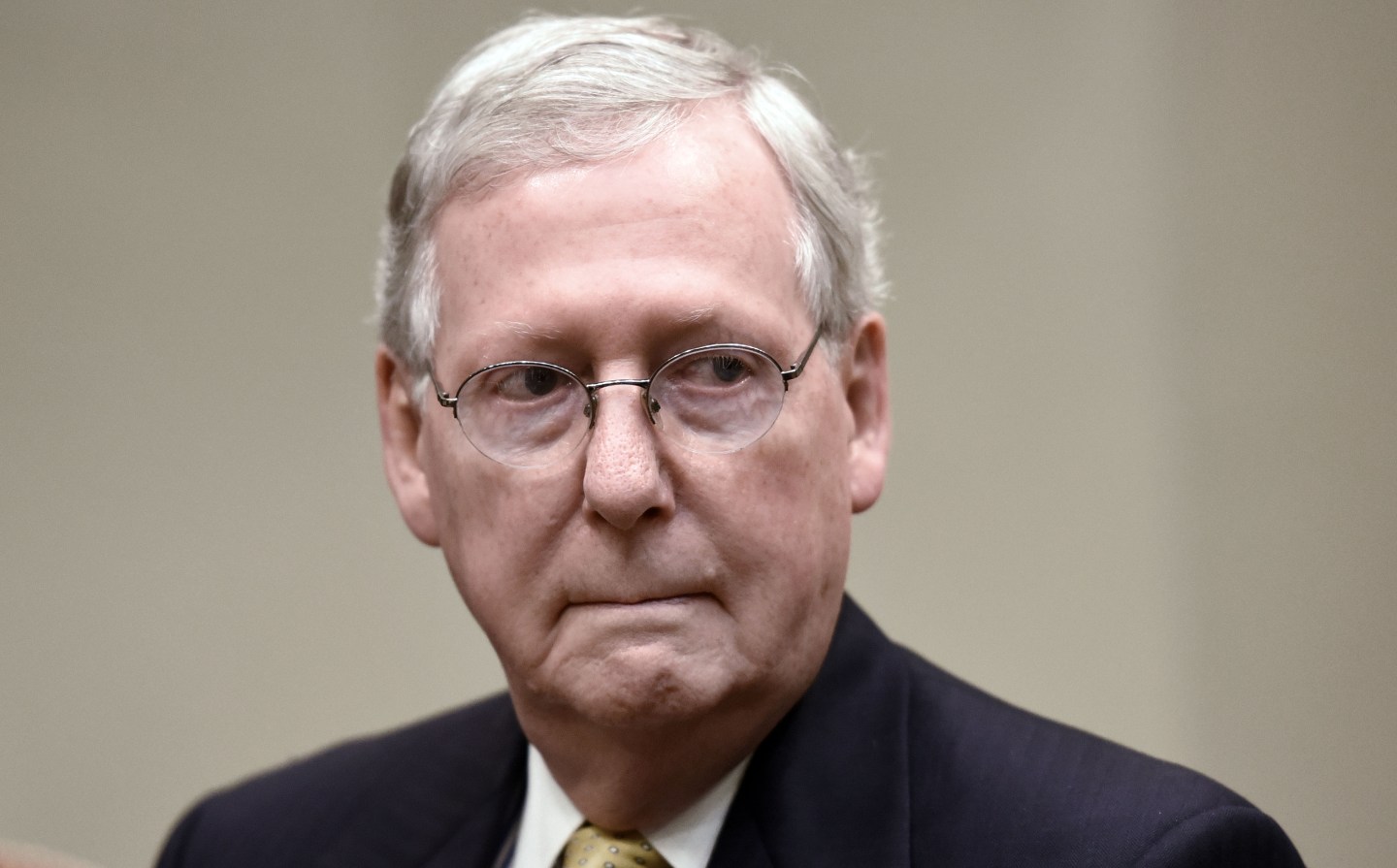 32 million Americans could lose their health care coverage relative to Obamacare if the Senate’s health care bill passes, according to a new analysis.

The GOP Senate’s efforts to repeal Obamacare with its own health care bill have been on the brink of defeat over the past 48 hours. The Better Care Reconciliation Act (BCRA)—seemingly dead, but propped up by President Donald Trump—was revived as part of a “repeal-and-delay” strategy proposed by Senate Majority Leader Mitch McConnell on Tuesday which also appears headed for defeat. (You can read a review of all the ongoing drama here.)

Trump lunched with critical Republican Senate caucus members in an effort to woo them to repeal Obamacare Wednesday. But the meet-and-greet may not produce its desired results given a new non-partisan review of the Obamacare-dismantling initiative released Wednesday. The Congressional Budget Office (CBO), which is assigned to be a non-partisan legislative scorekeeper, judged that the repel-and delay tactic would lead to massive coverage losses and premium spikes.

“In [our] estimation, under this legislation, about half of the nation’s population would live in areas having no insurer participating in the nongroup market in 2020 because of downward pressure on enrollment and upward pressure on premiums,” said CBO. The latest CBO score projects that, compared with Obamacare, 17 million more Americans will be uninsured in 2018, 27 million more in 2020, and 32 million more in 2026. Premiums are also expected to rise significantly.