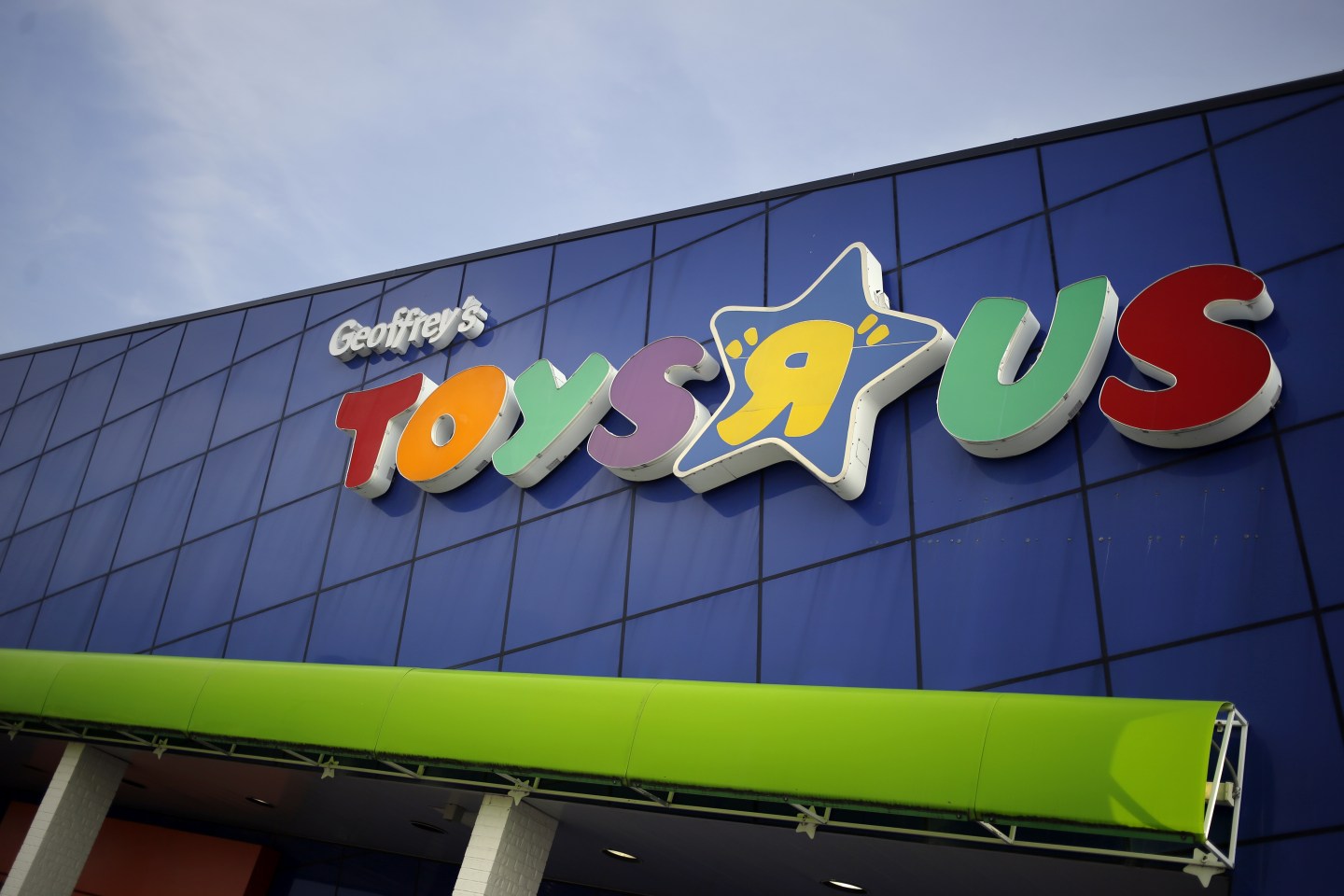 Though Mattel and Hasbro could potentially lose quite a lot if Toys ‘R’ Us’ bankruptcy goes sideways, investors weren’t too worried about either company.

Shares of Mattel and Hasbro fell slightly after rumors broke Monday that their second-biggest customer, Toys ‘R’ Us would soon be filing for Chapter 11 bankruptcy. But after the deed was done with a filing in a Richmond, Va. bankruptcy court, the initial fears appeared to abate. Shares of the two toymakers rebounded in trading Tuesday, with Hasbro erasing all of its losses from the day earlier, up about 2% and Mattel up 1.3%.

That’s likely because even going into the all-important holiday season, investors aren’t expecting demand for Mattel’s UNO card games or Hasbro’s Transformer sets to fall much — if at all. Not only do consumers have other channels to purchase those brands, Toys ‘R’ Us has also signaled that it plans to keep its shelves stocked through the holiday season. Already, the company has received $3 billion in debtor-in-possession financing to continue operations as it puts together a plan to restructure the company, and pay its creditors back as part of its Chapter 11 filing.

“We believe a top priority of the filing was to continue access to product from key vendors such as Mattel and Hasbro during the critical Christmas/holiday season while reducing real estate related debt,” Wells Fargo Senior Analyst Timonthy Conder wrote in a Tuesday note.

Another upside for Mattel and Hasbro: Toys ‘R’ Us’ bankruptcy filing, in which it revealed debt of $4.9 billion, also comes at a time when the two companies have already gradually lowered their dependence on the brick and mortar retailer.

In recent years, the two toymakers have instead partnered increasingly with Target and Walmart as Toys ‘R’ Us’ ability to successfully sell those toys appeared to have stalled. Wal-Mart is now Mattel’s and Hasbro’s largest customer, while Target is the third largest for both, just behind Toys ‘R’ Us.

“With Toys ‘R’ Us stabilized for now,” said Morningstar Senior Equity Analyst Jaime Katz in a note Tuesday referring to the $3 billion debtor-in-possession financing, “we think Mattel and Hasbro have some time to find alternate channels to distribute their products (through other vendors, e-commerce, or others) and prevent future sales shortages that may stem from degradation of the Toys ‘R’ Us channel.”

But investors are still uncertain about how Toys ‘R’ Us plans to restructure. Notably, Mattel and Hasbro are Toys ‘R’Us’ second, and third largest unsecured creditors, holding some $135.7 million and $59.1 million of the retailer’s debt.

That could hurt Mattel and Hasbro’s cash flow should they fail to be paid for those past debts, says Katz.

Still, while investors seem to think Mattel and Hasbro can shake off its Toys ‘R’ Us woes, another company, Spin Master, has fallen another 1% on the Toronto Stock Exchange Tuesday. According to Jefferies, Toys ‘R’ Us accounts for about 17% of its sales.