What You Should Know About Dolores Huerta, The Civil Rights Icon 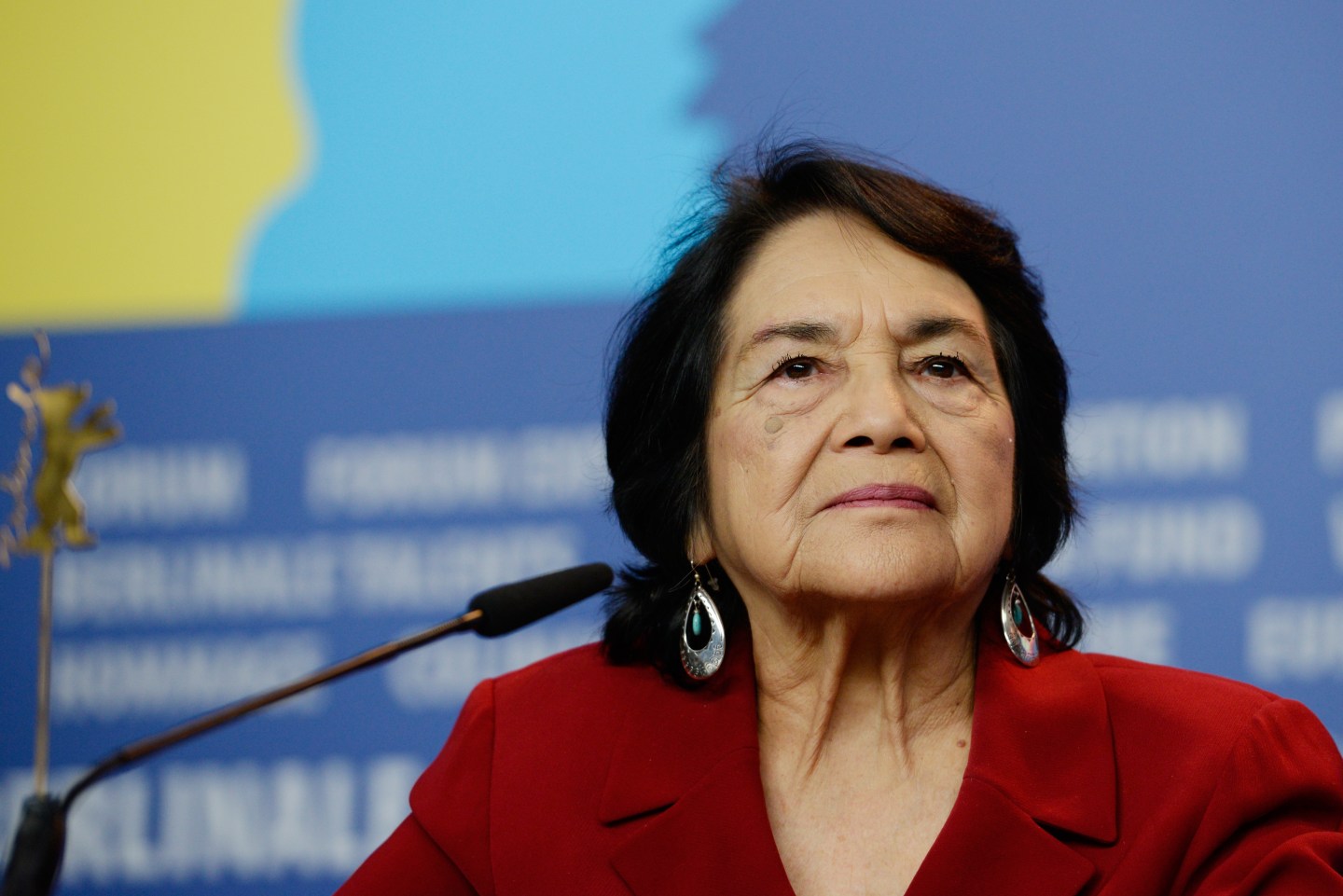 National Hispanic Heritage Month is here. Friday, Sept. 15 marked the beginning of the annual celebration of Hispanic and Latino Americans.

This is a great time to get to know Dolores Huerta, a champion of workers’ rights and Latina leader.

Who is Dolores Huerta?

Born in 1930, Huerta is a labor and civil rights activist, mother of 11 children, and Latina icon.

She co-founded the United Farm Workers Union along with César Chávez, brought women into the labor movement, and challenged sexism and racism. She also negotiated the first successful collective bargaining agreement by agricultural laborers in 1966.

But her fight for workers’ rights hasn’t been without violent challenges.

In September 1988, San Francisco police severely beat Huerta during a peaceful protest of presidential candidate George H.W. Bush’s platform and policies in Union Square. She sustained significant internal injuries including several broken ribs and spleen damage that led to an emergency removal. The incident was caught on video and Huerta won a large sum from the SFPD and the City of San Fransisco. The money was used for the benefit of farm workers.

Before Barack Obama’s 2008 “Yes We Can” slogan (or even Disney’s 2002 Gotta Kick It Up reference), Huerta originated the UFW’s rallying cry of “Si se puede” in 1972. The union later trademarked the phrase.

Huerta and Chávez worked together to advocate for the rights of agricultural laborers, though he continues to get most of the historical credit for improving labor conditions for these largely Latinx immigrant communities.

They co-founded the National Farm Workers Association in 1962, which later became the UFW.

In 1965, the pair organized the Delano grape strike and Huerta led negotiations that followed for the workers’ new contracts despite having no formal law education.

“Dolores”, a new documentary about her life started playing on Sept. 1 and will be screening in select theaters across the country until November.

Though her story is being told on the big screen, it isn’t over yet — Huerta is still working on behalf of laborers.

You may have heard about her when her statement that “Republicans hate Latinos” in a speech at Tucson High School in 2006 stirred up a frenzy of right-wing media reactions, leading to her name being banned from some public school curricula.

“There’s nothing past tense about Dolores,” director Peter Bratt said of the 87-year-old, who is still working on pressing labor and immigration issues such as sanctuary cities.

For even more information about Dolores Huerta’s work, check out the National Women’s History Museum. You can also read a first-person essay she wrote for The Lily earlier this year about what she was like as a child and why, at 87 years old, she has no plans to retire.