Tesla Just Lost One Of Its Most Valuable Executives 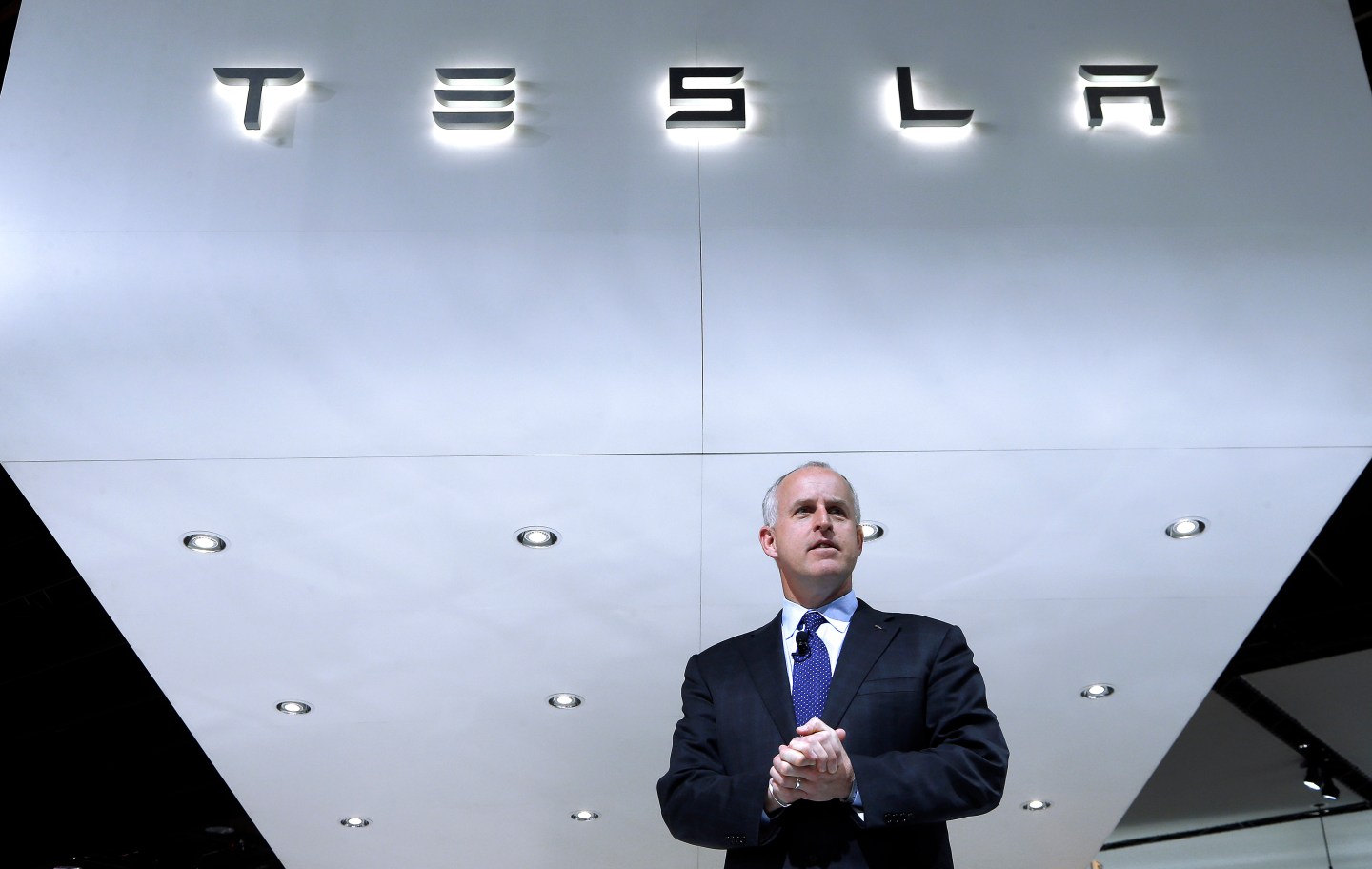 Tesla’s vice president of business development, one of CEO Elon Musk’s most visible and valuable executives, has left the company. The departure of Diarmuid O’Connell, who helped Tesla negotiate its most important deals, including the purchase of its factory in California and building a massive battery factory in Nevada, comes as the company tries to ramp up production and deliveries of its Model 3 electric car.

It also follows a spate of other executive departures in the past six months, including Tesla’s director of battery technology in August.

The departure of Diarmuid O’Connell, who joined the company in 2006, was first reported by Bloomberg. A company spokesman confirmed to Fortune that O’Connell has left.

“For more than 11 years, Diarmuid has played an important role in helping Tesla grow from a small startup to a company with a presence around the world,” according to an emailed statement from Tesla. “He started with Tesla before the rollout of Roadster, and now that we’ve reached the launch of Model 3, he felt the time was right to move on and spend more time with his family. We wish him the best.”
Jon McNeill, Tesla’s president of global sales and service will take over O’Connell’s team and responsibilities.
O’Connell’s role at the company can’t be understated. He helped find and negotiate the deal to buy Tesla’s Fremont factory, the former Nummi plant jointly owned by Toyota and General Motors that produced nearly 430,000 vehicles at its peak. O’Connell was also lead in the gigafactory deal, a massive battery factory that is still under construction near Reno, Nevada. The company’s strategy to find the best location for the gigafactory, which is expected to produce at least 35 gigawatt-hours a year of lithium-ion battery cells, sparked an economic battle between seven contending states.
He was often—along with CTO J.B. Straubel—the only Tesla representatives sitting alongside Musk during press and industry events. O’Connell was also known for his constant travel on behalf of Tesla to, among other business development jobs, cajole and fight legislators to allow Tesla to sell directly to customers—an approach vehemently opposed by auto dealers.