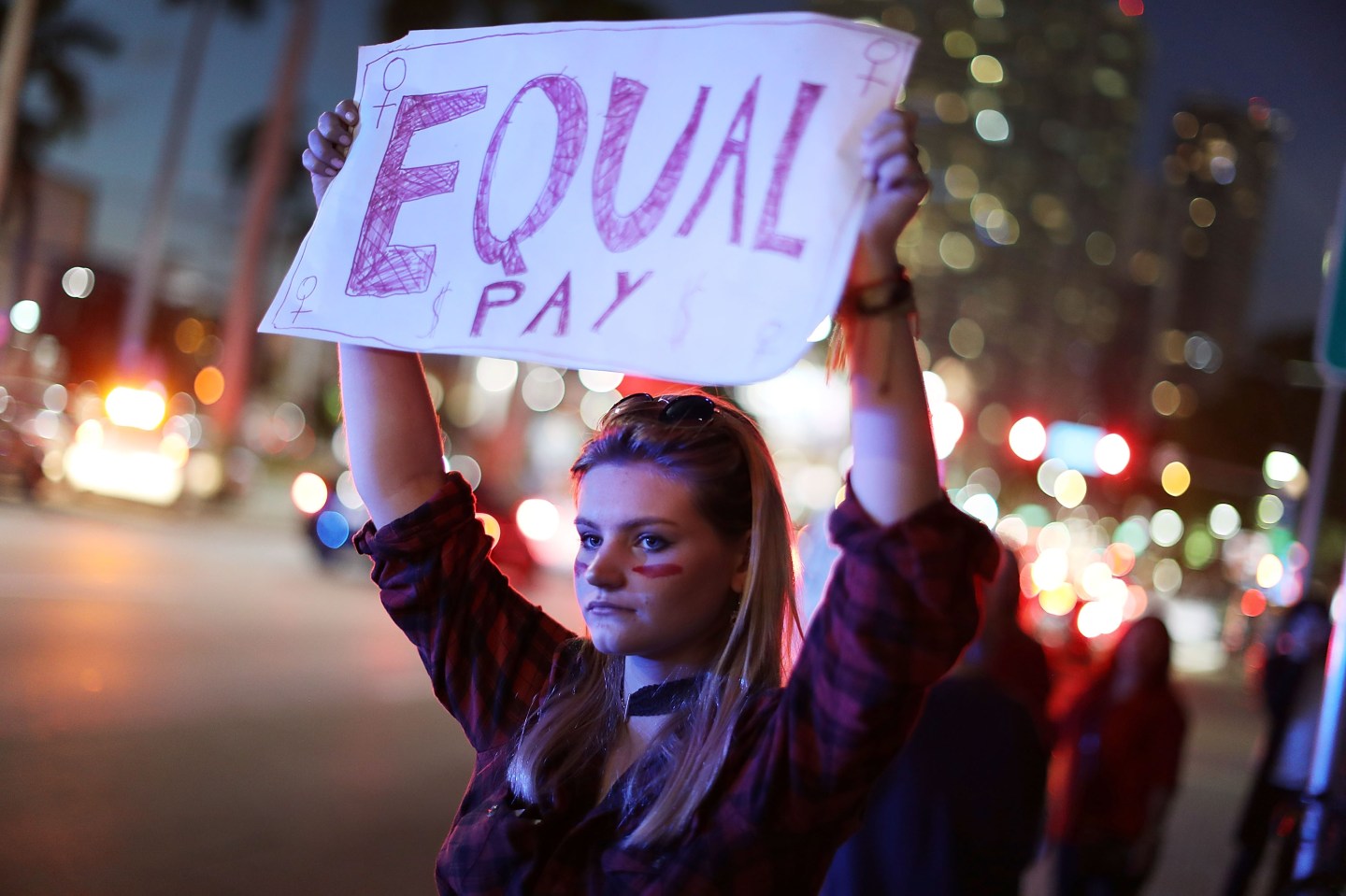 MIAMI, FL - MARCH 08: Clarissa Horsfall holds a sign reading, 'Equal Pay,' as she joins with others during 'A Day Without A Woman' demonstration on March 8, 2017 in Miami, United States. The demonstrators were calling for woman to have equity, justice and human rights for women and all gender-oppressed people. (Photo by Joe Raedle/Getty Images)
Joe Raedle Getty Images

New data from the U.S. Census Bureau shows that the gap between how much men and women are earning narrowed significantly for the first time since the recession. This was driven by a decrease in men’s earnings and an increase in women’s earnings.

This led to a 0.9 percentage point improvement in the gender wage gap in the since last year. Women earned 80.5 cents to each dollar men earned in 2016, compared to 79 cents in 2015.

Closing the earnings gap doesn’t mean that men’s wages have to decrease. As productivity increases, the pay disparity could disappear as long as women’s earnings grow faster than men’s.

The current rate of growth indicates that women won’t pull even with men until 2059, according to analysis by the Institute for Women’s Policy Research.

These figures are based on full-time workers. Including part-time or seasonal workers would push the ratio of women’s to men’s earnings lower, according to the IWPR. Women are more likely than men to work reduced schedules due to the fact that women still take on the majority of caregiving responsibilities.

The other disappointing caveat: When comparing the gender earnings disparities within racial groups, the pay gap widened for all groups apart from white workers in 2016. Only white women saw a significant increase in wages, while hispanic women saw no change and black women’s earnings decreased.