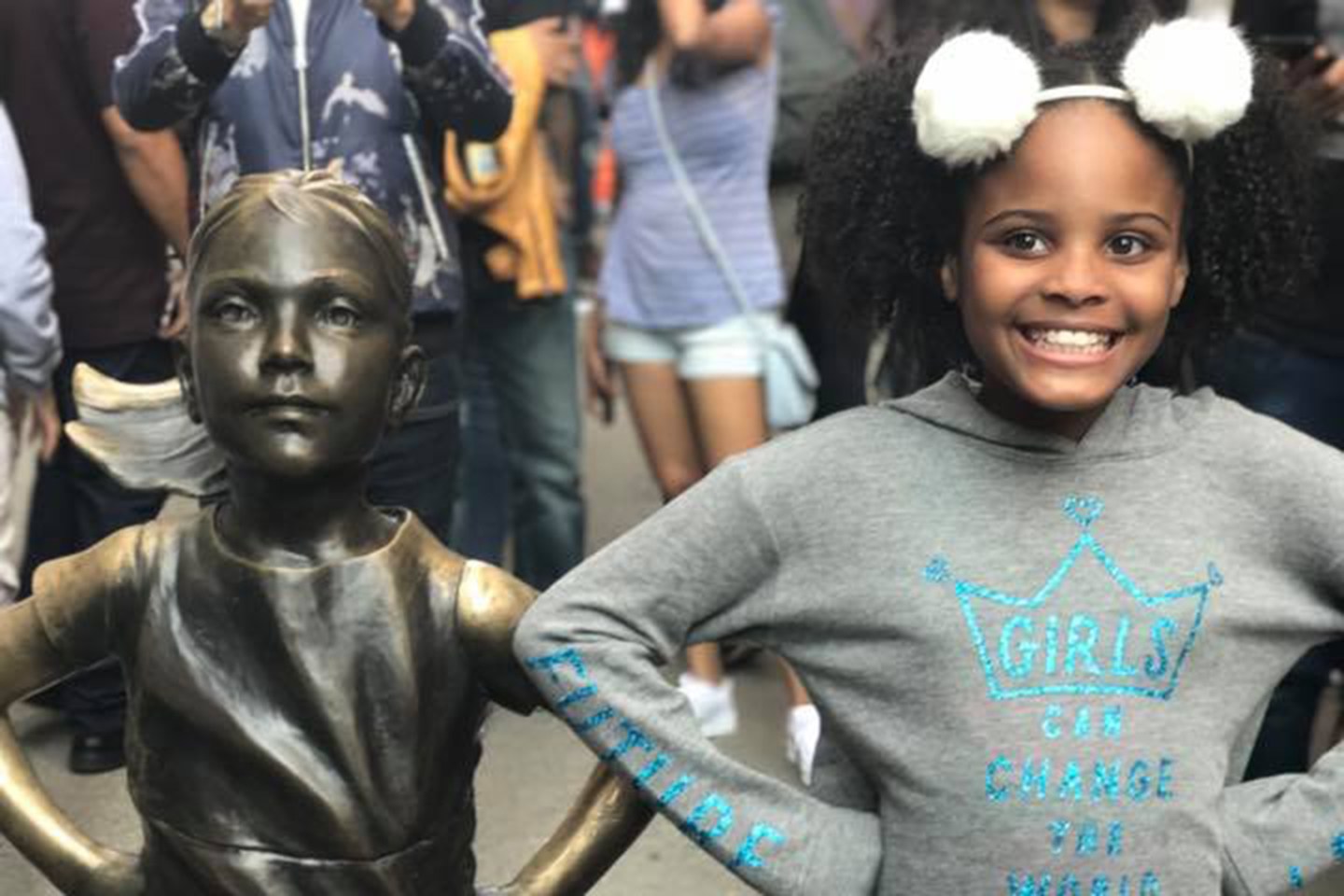 Fortune’s Include U Challenge for September 12:

Today, use your voice to help someone who can’t speak for themselves.

Amariyanna Copeny, who goes by Mari, was only eight when she first started speaking out on behalf of her community. “When we found out the water was making us sick, I decided I wanted to stand up and give a voice to the kids in Flint that couldn’t stand up and speak for themselves,” she tells Fortune.

Copeny wrote to President Obama in 2016, saying that his presence would “would really lift people’s spirits.”

He showed up. “I thought her President should come to Flint to meet with her,” he said to a gathering at Flint High School.

Since then, the ten-year-old has been busy. Last summer she started a backpack challenge. “I wanted to be able to collect backpacks for kids in Flint so that their parents wouldn’t be stressed out about affording school supplies,” she says. She got around 100 packed and out the door. “This year I was able to raise $10,00 in supplies, and working with Pack Your Back we got backpacks to over 1,000 kids in Flint,” she says. She is also preparing for the Women’s March Convention in Detroit this October, and working on some anti-bullying projects. Up next is another campaign “to help out my buddy Santa bring Christmas to Flint Kids,” she says.

She thinks the work is making a difference. “Well, I’ve been able to connect with politicians, business owners, and regular people all over the world,” she reports. “Since I wrote President Obama, we have had some progress and about 3,000 service lines have been changed but there are thousands more that still need fixing and we still need a infrastructure overhaul. The water is still not tap-drinkable though, so people still rely on bottled water.”

Mari and her mother Loui Brezzell are helping people affected by Hurricane Harvey.

For today’s challenge, Copeny asks that you use your voice to help someone else.

“You know, other people can help out Flint by not letting us be forgotten,” she says. The water crisis is years from resolution, so sharing about it, donating, or sending water can all help. But her work has expanded to anyone else who needs the platform she’s built. And everyone has a platform. “Anyone can change the world no matter how small you are,” says Copeny.