The Diamond Industry Is Obsessed With the Blockchain 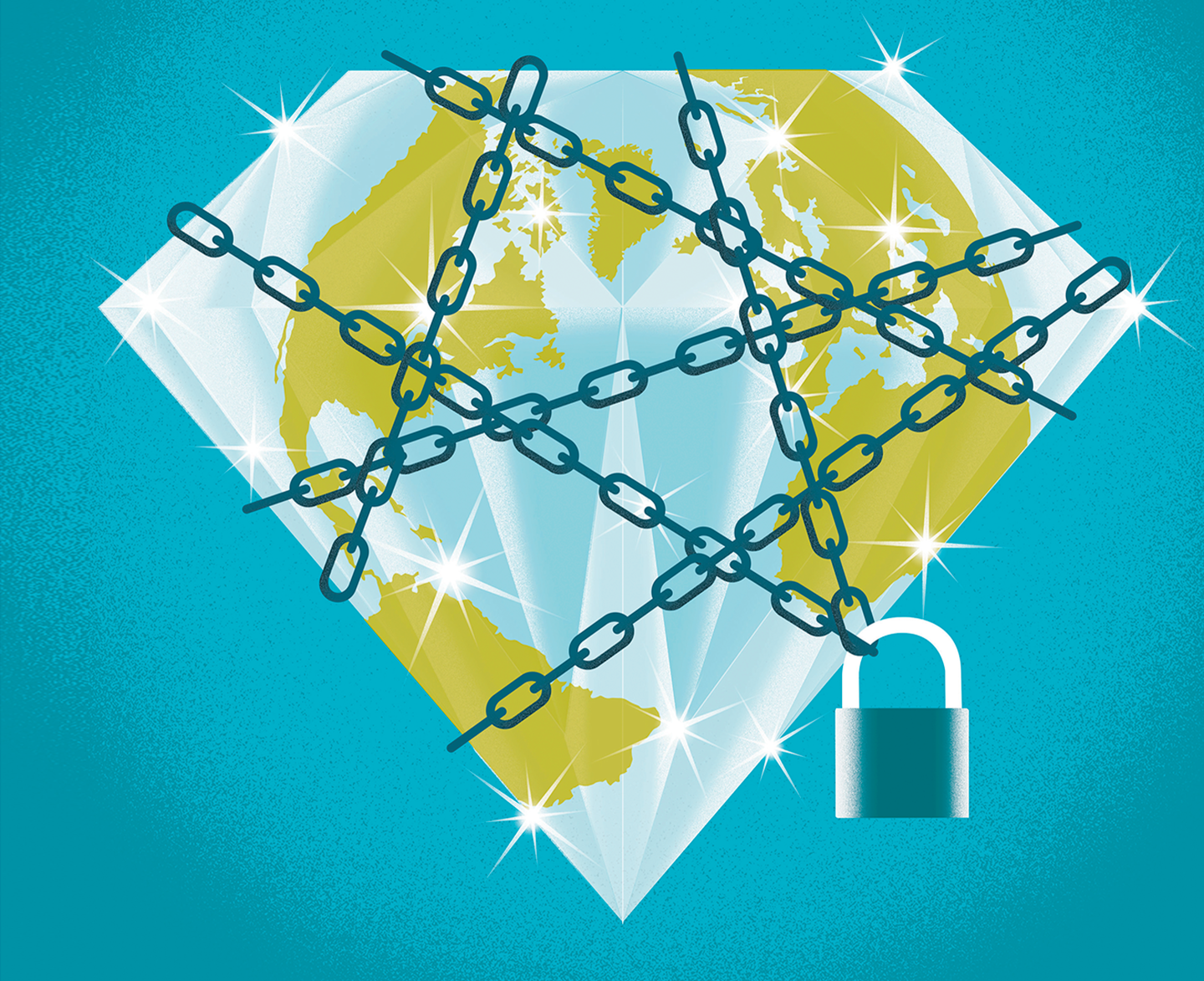 Illustration for Fortune by Neil Webb

Diamonds represent beauty, luxury, and true love—though some of them have a dark side. Unscrupulous companies mine “blood diamonds,” and counterfeiters flood the market with convincing fakes. It can be a challenge to ensure beyond a promise that you’re buying an authentic, conflict-free gem.

The blockchain, a distributed computing technology that powers Bitcoin and so many other cryptocurrencies, could be a solution. At its heart the blockchain produces an indelible, tamper-proof ledger. This new type of record-keeping has been heralded as an efficiency that could transform industries like shipping, insurance, and finance. But the diamond business has been one of the first to embrace the technology wholeheartedly.

A London-based company called Everledger has placed more than 1.6 million diamonds on a blockchain. Entries on the digital record include dozens of attributes for each diamond, including the color, carat, and certificate number, which can be inscribed by laser on the crown or girdle of the stone.

“We create a digital twin of the object on the blockchain,” says Leanne Kemp, Everledger’s chief executive.

The technology has enabled diamond suppliers (and intermediaries like border agents) to replace a paper certification process with a blockchain ledger. The process involves using computer scanning tools to access what Kemp calls a “digital vault” and to determine the provenance of any diamond.

Everledger is first focusing on industrial supply chains. “This isn’t about Aunt Jenny’s wedding ring,” Kemp says. The company hopes to adapt its technology for retail and consumer use by 2018, meaning that a Tiffany & Co. (TIF) shopper might one day be able to use a smartphone to determine a gem’s provenance.

In the meantime Everledger is adding other luxury goods to the blockchain. The company tracks bottles of wine using hidden codes added to them by vintners, allowing anyone to consult a blockchain to see where the bottle originated and how it was distributed. Everledger is also applying the technology to fine art, a bigger challenge since even tiny inscriptions can be considered destructive. It’s exploring applications with museum and exhibition clients.

All of this hints at the sweeping way blockchain technology could change how goods move around the world. The government of Singapore, for instance, is focusing on much larger initiatives than diamonds: global trade. It is building blockchain tools that, if adopted by shippers and merchants, will be part of a new digital trade corridor for commodities. The effort promises faster, more secure supply chains and consumer confidence—a beautiful luxury, no doubt, for businesses worldwide.

A version of this article appears in the Sept. 15, 2017 issue of Fortune with the headline “Crystal Clear Provenance.”