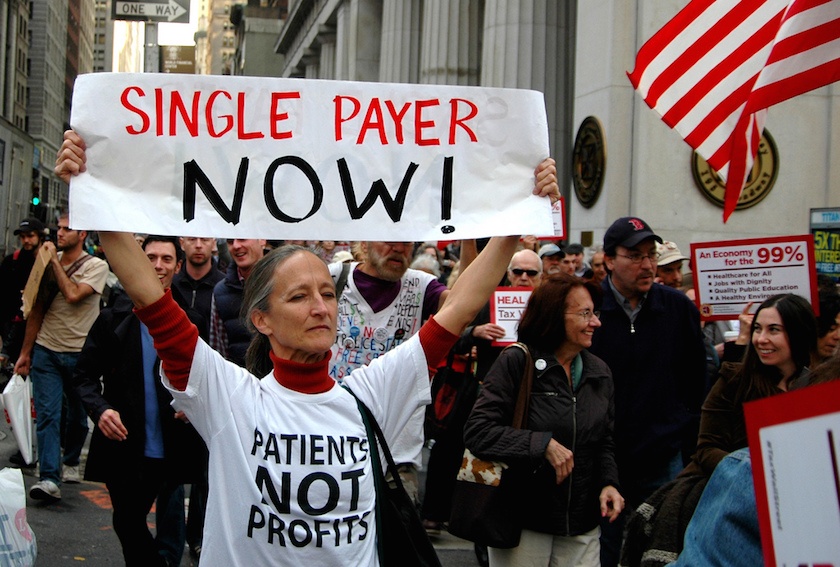 Sen. Cory Booker has signed on for single-payer healthcare, announcing that he will co-sponsor the “Medicare-for-All” health insurance legislation that Sen. Bernie Sanders‬ plans to introduce on Wednesday. The bill, which is backed by nearly every big Democratic Party‬ name in the Senate, comes on the heals of several failures of the Republican Party to repeal and replace the Affordable Care Act (or Obamacare), a central campaign promise of President Donald Trump.

“What we have right now as a country is where just because of your wealth will depend on whether you have healthcare or not,” said Booker, appearing on NJTV, New Jersey’s PBS affiliate on Monday. “You should not be punished because you are working class or poor and be denied healthcare. I think healthcare should be a right to all.”

Sanders’ plan is seen as a rallying point for the Democrats, who have struggled to find common ground or even a unifying message in the wake of the 2016 elections. For instance, as the party rolled out messaging that promised “A Better Deal” for middle class Americans, the country largely yawned in response. Recently, as the Trump administration and Congress began working on tax reform, fissures appeared among Democrats who disagreed about how much the party should support tax breaks for corporations.

But after Congress failed to end Obamacare, Democrats now seem poised to pick up the ball and run with it—at least as far as they can go while being the minority party in both the Senate and the House of Representatives.

As it stands, there is already a national, single-payer healthcare bill languishing in the House, Rep. John Conyers’ United States National Health Care Act‬, which the Michigan Democrat introduced on Jan. 24, has 117 co-sponsors, and has been buried in committees ever since.

There’s no guarantee that a Senate version of this bill will fare better. But with names like Sanders, Booker, Kamela Harris, and Elizabeth Warren attached to it, “Medicare-for-All” will definitely make some noise.