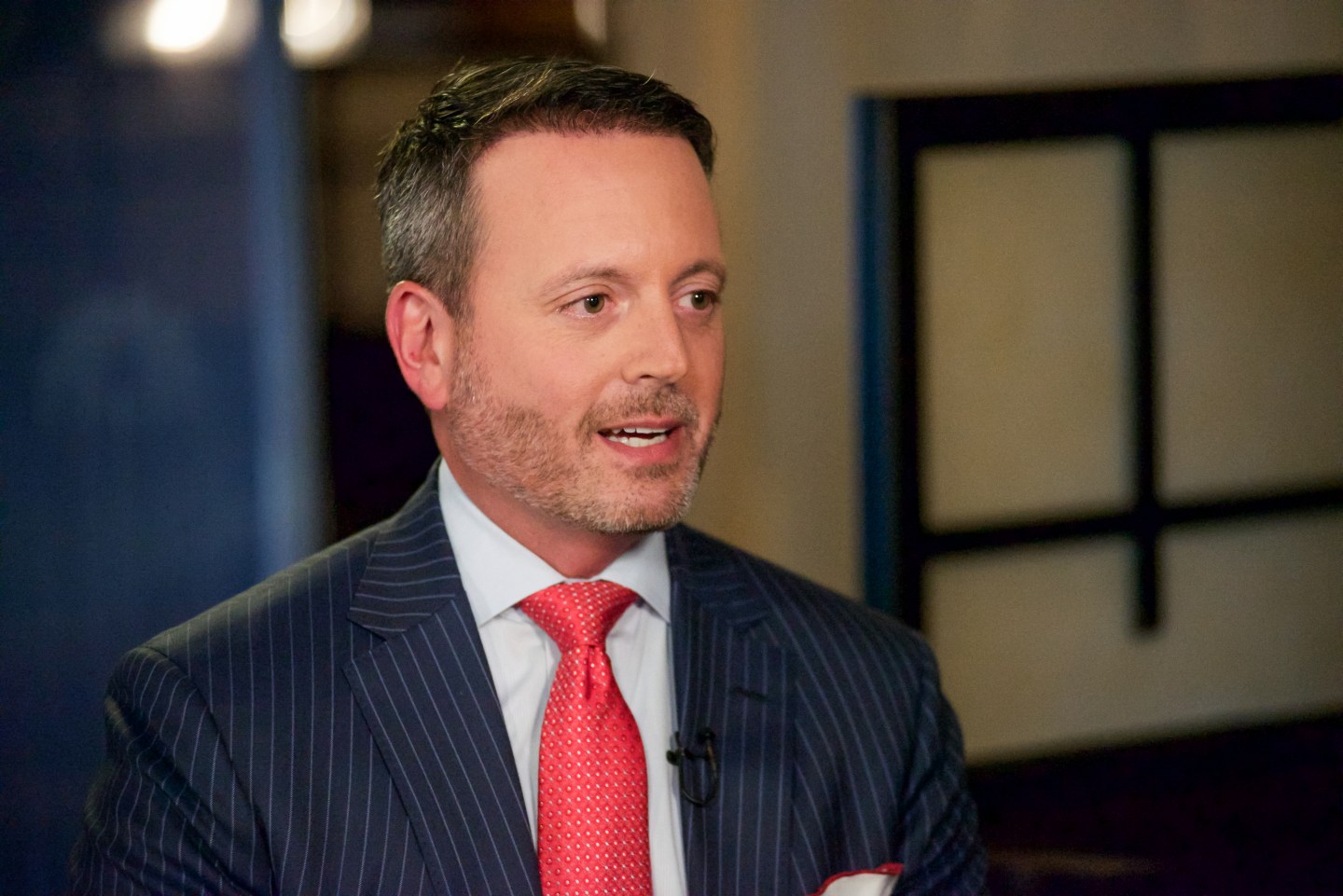 Say you’re a pharma company with a key product which brings in about $1.49 billion in annual sales, or a little less than 10% of your revenue stream. Competitors that want to introduce cheaper, generic rivals are hounding you in court while others are challenging the patent through a separate federal entity. What can you do?

In the case of Botox maker Allergan and its blockbuster dry-eye drug Restasis, the surprising answer is transfer the patents to the Saint Regis Mohawk tribe to take advantage of its sovereign Indian Nation status and ward off intellectual property challenges.

The reasoning behind the deal, Allergan CEO Brent Saunders and chief legal officer Bob Bailey explained to Fortune in an interview, is to protect against what the company considers to be “double jeopardy” in patent disputes. The firm is currently fielding both a federal lawsuit in Texas centering on Restasis as well as challenges from would-be competitors like Teva, Mylan Pharmaceuticals, and Akorn through the U.S. Patent and Trade Office’s inter partes review (IPR) process. The latter is a new form of patent challenge established in 2011 that’s drawn significant ire from brand-name drug makers, who blame it for the rise of “patent trolls.”

Bailey said that the IP transfer won’t affect the recent Texas federal court case. However, the Saint Regis Mohawk tribe, which is receiving $13.75 million in upfront cash from Allergan under the deal, can move to dismiss the patent office disputes “based on their sovereign immunity from IPR challenges,” according to Allergan. The tribe will grant Allergan exclusive licenses to the transferred patents and be eligible for up to $15 million in annual royalties from Restasis sales. The six Restasis patents in question are valid through 2024 barring successful legal battles by competitors.

Patient advocates, generic drug makers, and even some biotech investors promptly rebuked Allergan after the arrangement was announced Friday, arguing that the IP gymnastics will only worsen biopharma’s miserable reputation on drug pricing issues. (Although the market in general appeared to cheer the decision—Allergan stock shot up 2.5% in Friday trading.)

This is going to impact all of us. Will be the next major black eye pharma story. Thanks $AGN.

Considering how few drugs are likely to be successfully challenged under IPR, $AGN's move is an impressive own goal against team pharma.

What makes the situation even more awkward is CEO Saunders’ public attempts to get drug makers to act more responsibly on price. Last year, Saunders introduced a “social contract” with patients declaring that drug price increases would be kept reasonable, fair, and transparent at the company. Several other big-name biopharmas have since joined that pledge.

But Saunders rejected the notion that the Mohawk deal is at odds with the social contract. “One of the main tenets of the social contract is a focus on innovation and research to help patients,” Saunders told Fortune. “We’re not trying to artificially extend these patents, we’re just trying to protect our property against a system that exposes us to double jeopardy.”

The Mohawk deal wasn’t even Allergan’s idea, Bailey said. A Texas law firm named Shore Chan DePumpo approached the tribe about the possibility of expanding its revenue stream through the patent-housing gambit, and the groups then went to Allergan to propose the arrangement. Bailey and Allergan’s legal team concluded that the idea had merit (it’s unclear whether or not regulators will step in on the issue).

Saunders said it’s a win for all parties — including the Native American tribe, whose annual budget would be significantly bolstered under the deal. “These people have real, unmet needs,” he said.

A representative for the tribe, an approximately 13,000-person community in northern New York, did not respond to a request for comment as of press time. But it did issue a statement via Allergan’s press release:

“This is a viable and sound opportunity for the Saint Regis Mohawk Tribe to enter into the patent, technology, and research sector as part of our overall economic diversification strategy,” the statement read. “We realize that we cannot depend solely on casino revenues and, in order for us to be self-reliant, we must enter into diverse business sectors to address the chronically unmet needs of the Akwesasne community; such as housing, employment, education, healthcare, cultural, and language preservation.”

Upon asking Saunders whether or not he thinks he’s opened the flood gates with his unusual play, he conceded that he might have. “Yeah, there are some folks [in the pharma industry] who may pursue this,” he said. “But they’ll also have to find the right partners.”